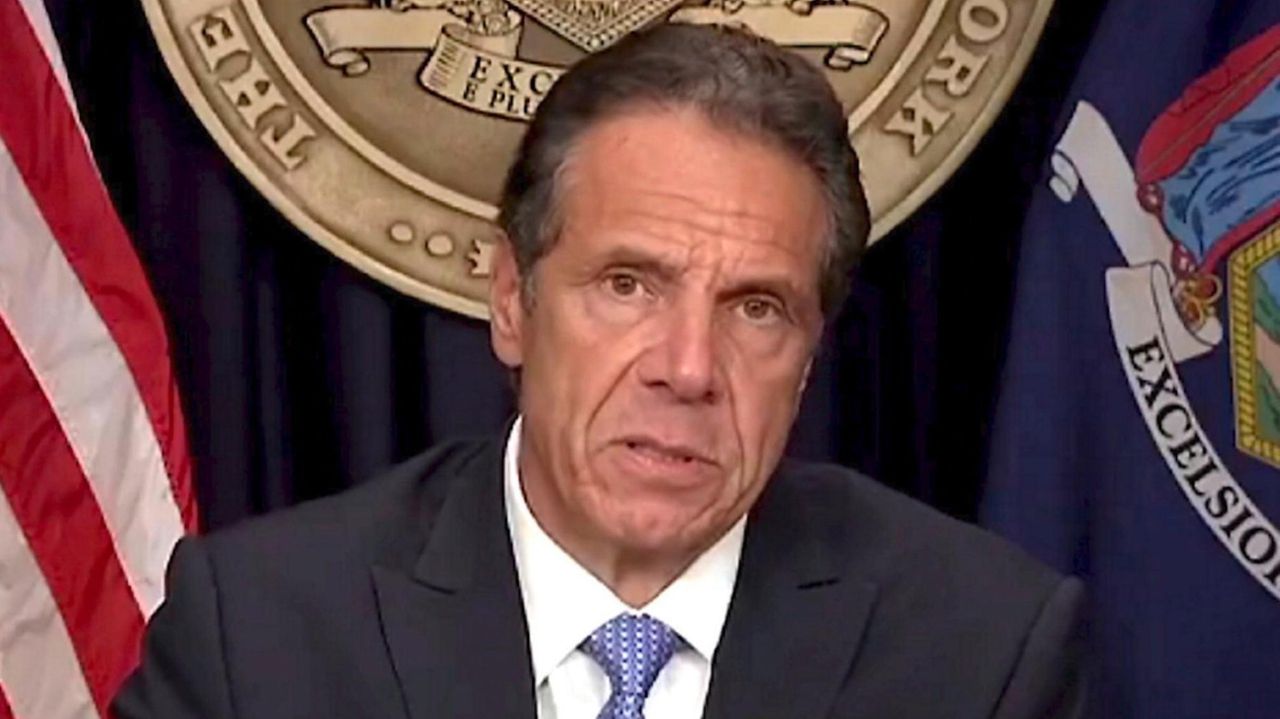 The interview with Cuomo was part of thousands of pages of transcripts and exhibits released by Attorney General Letitia James from her office’s investigation of Cuomo, which led to his resignation in August.

James’ office began what it said will be a rolling release of investigation documents by publishing a 515-page interview with the former governor, as well as interviews with many of the 11 women who accused him of sexual harassment. In the transcripts, Cuomo repeatedly denies inappropriately touching anyone and says his accusers misrepresented what happened on certain occasions.

Some of the women who were interviewed described not only alleged sexual harassment incidents, but also a hostile work environment that amounted to a "Cuomo cult," in one’s words.

Trooper No. 1: Cuomo's overtures came off as 'creepy'

The substance of the allegations and Cuomo's denials were revealed earlier this year amid the lengthy investigation. But the transcripts and other documents provided much greater detail about the women's claims and the governor's confrontation with special investigators.

The long-awaited release of materials came three months after James issued a report concluding Cuomo sexually harassed multiple women — including current and former staffers — and, in doing so, violated multiple laws. Cuomo denied any wrongdoing, but with a fast-moving impeachment process underway, he resigned effective Aug. 24.

The State Assembly said it would no longer pursue impeachment once Cuomo resigned but continued its investigation, separate from James. Assembly committee members will meet next week in Albany to preview preliminary findings, officials announced Wednesday.

Rita Glavin, Cuomo’s attorney, criticized James and the timing of the release of the documents, saying it could impact the ongoing criminal probe regarding allegations by former aide Brittany Commisso, a former aide who said Cuomo touched her inappropriately at the governor's mansion.

"The attorney general deliberately harms a pending case by broadcasting to each witness what other witnesses have testified to, and spreading false and salacious hearsay and rumors," Glavin said. "No legitimate law enforcement officer acts like this in a pending case. Disturbingly, this has never been about fairness or due process."

The attorney general materials released Wednesday included interviews with accusers as well as with Cuomo. On July 17, he sat for an interview that began at 8:17 a.m. and ended at 7:01 p.m., according to the transcript.

The ex-governor said he had no regrets about the language he used toward women in the workplace. He said he never had a romantic relationship with any staff member.

As he did last summer, Cuomo, in the interview, denied the most serious groping allegation: that he grabbed the buttocks and breasts of Commisso.

Cuomo did describe Commisso as a "gossip hotline." And he acknowledged he might have called Charlotte Bennett, another accuser, "Daisy Duke" because she once wore jean shorts, and "wings" because her eye makeup went upward.

Bennett, who has accused Cuomo of trying to "groom" her for a relationship, was one of several women who said the ex-governor asked about their love life and views on whether an age gap made a difference in romance. He has denied making any sexual advances.

When asked by investigators if he regretted any language he used with women in the workplace, Cuomo said no.

"I don't have regrets. Look, if you could always state everything over, I'm sure I would state things — if I could restate everything I've ever said to a woman or a man, I'd say it differently," Cuomo said. "But generally, no."

In the interview, Cuomo disclosed that Stephanie Benton, one of his longtime aides, often signed documents for him, perhaps including checks, legislation and attestations that he took state-required anti-sexual-harassment training courses.

From the beginning, the ex-governor jabbed at the lawyers investigating him, especially former acting U.S. Attorney Joon Kim.

"You’ve investigated me for six years," he told Kim, referring to corruption investigations conducted by federal prosecutors during Kim's tenure, including one that sent one of Cuomo's close aides, Joe Percoco, to prison.

Besides Kim, Cuomo also accused members of the Working Families Party of plotting against him. In the transcript, the ex-governor refers to the party, which is politically left of Democrats, as "the coalition of many of the people who are political opponents to me and have been part of orchestrating and resonating the complaints against me."

As he did in his public appearances throughout the year, Cuomo denied groping Commisso, calling the very idea an "act of insanity."

"I would have to lose my mind to do some — such a thing. It would be an act of insanity to touch a woman’s breast and make myself vulnerable to a woman for such an accusation," the governor said.

"Numerous people have tried to set me up," Cuomo said at another point. "I’m always wary of people. I have phenomenal precautions."

In another section, the transcript goes on for pages as Cuomo battles over the definitions of a romantic date and a relationship before acknowledging an old relationship with a former girlfriend.

"Was she a girlfriend?" Kim asked.

"She was a friend. How do you want to define ‘girlfriend’?" Cuomo replied.

"Was she your girlfriend? You don't understand that question?"

"I — was she my girlfriend, meaning?"

Finally, Cuomo concedes: "Did I kiss her? Yes. There was a period of time that I kissed her."

Several staffers, in separate interviews, gave a dark picture of working with Cuomo.

They said Cuomo created a toxic work environment of browbeating his senior staff while making what seemed to be flirtatious small talk to the women who were executive assistants.

Commisso relayed an incident in which Cuomo was angry at his senior adviser and longtime communications aide Richard Azzopardi.

"I believe his words were, ‘You’re lucky that I don’t throw you out that window,’" Commisso stated in her testimony to the attorney general’s investigators. She said Azzopardi didn’t say anything, "He just walked out."

Commisso said Cuomo "would go from zero to 60 in two seconds depending on the situation."

Bennett once texted with an unidentified co-worker the term they used to sum up working in the toxic work environment that they said Cuomo created while protecting a paternal public image: "Cuomo Cult. This is a huge scam."

CNN suspends Chris Cuomo for helping brother in scandal
Gov. Hochul frequently invokes her faith in public addresses
Top photos from around LI from November 2021
Testimony details Cuomo aides' effort to discredit accusers
1:33
Doctors: Omicron variant is evidence COVID will likely be with us for years
1:58
Rep. Tom Suozzi announces NY gubernatorial run
Didn’t find what you were looking for?