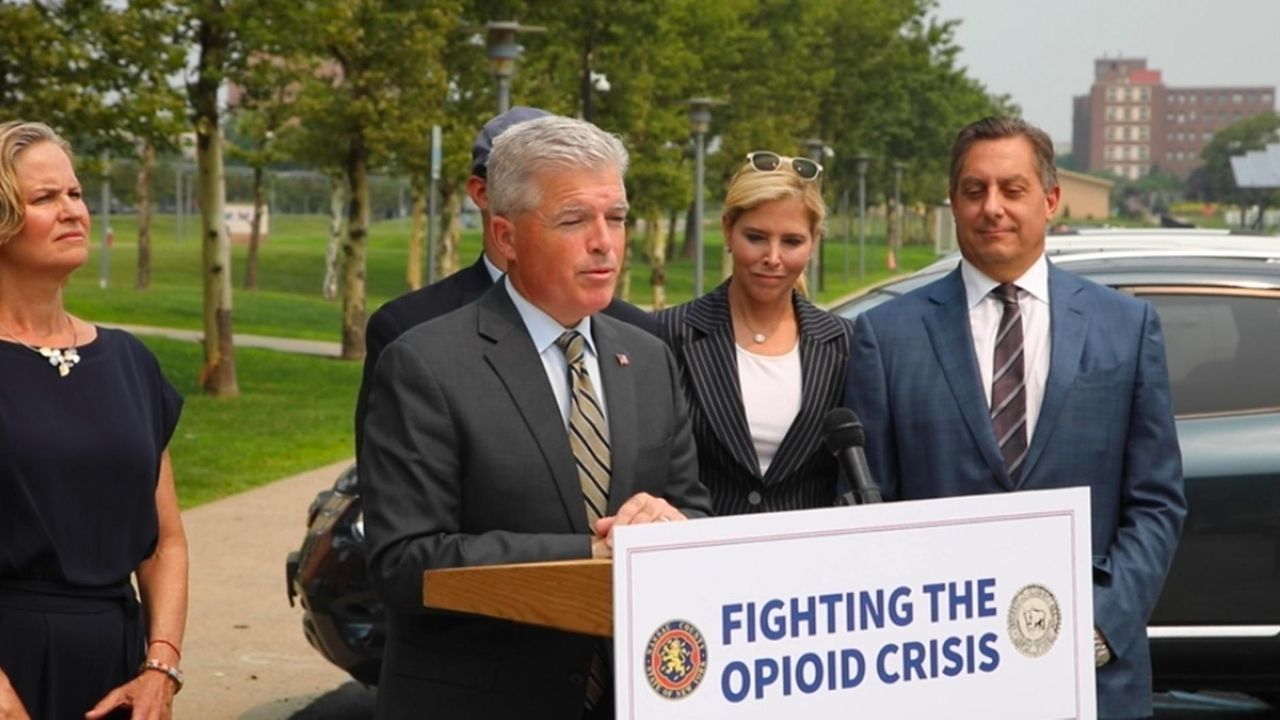 New York’s agreement with Cardinal Health, Amerisource Bergen and McKesson is part of negotiations the opioid companies are finalizing this week with multiple states. The reported $26 billion national settlement also will include drugmaker Johnson & Johnson.

Unlike other states that are still negotiating, New York now has a signed agreement with the distributors, James' office said. The agreement will remove the companies from an ongoing opioid trial underway in a state court in Suffolk County.

"Over the course of these past two decades, McKesson, Cardinal Health, and Amerisource Bergen distributed these opioids without regard to the national crisis they were helping to fuel," James said in a statement. "Today, we’re holding them accountable and delivering more than $1 billion more into New York communities ravaged by opioids for treatment, recovery, and prevention efforts."

The $1.1 billion will go to drug abatement programs, James said, not the state’s general fund. It is the largest money recovery for the state in her tenure. The money will be paid in 18 annual installments, beginning this year.

In Nassau, the county now has agreements with the three distributors as well as Walgreens, Walmart, CVS and Rite Aid — for a total of $115 million in settlements.

"Before Nassau went to trial, I made a promise that we would make these companies pay," Nassau County Executive Laura Curran said. "While no amount of money will replace the countless lives that have been affected, we can save future lives by expanding our support network and increasing funding for mental health and addiction programs, along with prevention efforts."

Suffolk County Executive Steve Bellone said the county previously secured $30 million in settlements prior to the announcement regarding distributors.

"At the very minimum, we're now talking about approximately $120 million to help deal with the scourge of this crisis, of this epidemic, which continues to this day," Bellone said at a news conference. "These dollars are going to help lift that burden off of taxpayers, are going to help move forward with additional programs to battle the ongoing opioid epidemic to provide some relief. But let's be very clear, these dollars can never replace what has been lost here."

The national settlement with Johnson & Johnson, McKesson, Amerisource and Cardinal would be the single biggest settlement during the opioid epidemic in the United States.

In sum, the state and local governments suing the distributors said the companies didn't properly flag or halt outsized shipments of painkillers to pharmacies. The companies contended they were filling legal orders placed by doctors; they did not comment immediately Tuesday.

A recent Associated Press analysis found enough prescription opioids were shipped in 2012 for every person in the United States to have a 20-day supply.

The distribution companies face thousands of similar legal claims from state and local governments across the country and have long been trying to settle them all. The New York deal would become a part of a national agreement if one can be struck this year.

Including the New York case, there are currently three trials across the country of government entities' claims that companies should be held liable for the opioid crisis. One in California focuses solely on drugmakers, and one scheduled to wrap up this month in West Virginia aims only at distributors.

With Candice Ferrette and wire reports

4 companies on verge of settling U.S. opioid lawsuitsThe three biggest U.S. drug distribution companies and the drugmaker Johnson & Johnson are on the verge of a $26 billion settlement covering thousands of lawsuits over the toll of opioids across the U.S., two people with knowledge of the plans told The Associated Press. Ex-FDA chief: Drug companies promoted opioids as safe — and abuse, ODs rose"The more drugs prescribed, the more abuse there is," said David Kessler, testifying as an expert witness for Nassau, Suffolk and New York State in their suit accusing the companies of causing the opioid epidemic.   Witness: Medical community accepted opioid makers' 'misleading' campaignThe trial in the lawsuit against opioid makers and distributors went forward the same day the CDC announced that more than 93,000 people died from drug overdoses in 2020, the highest number ever recorded.