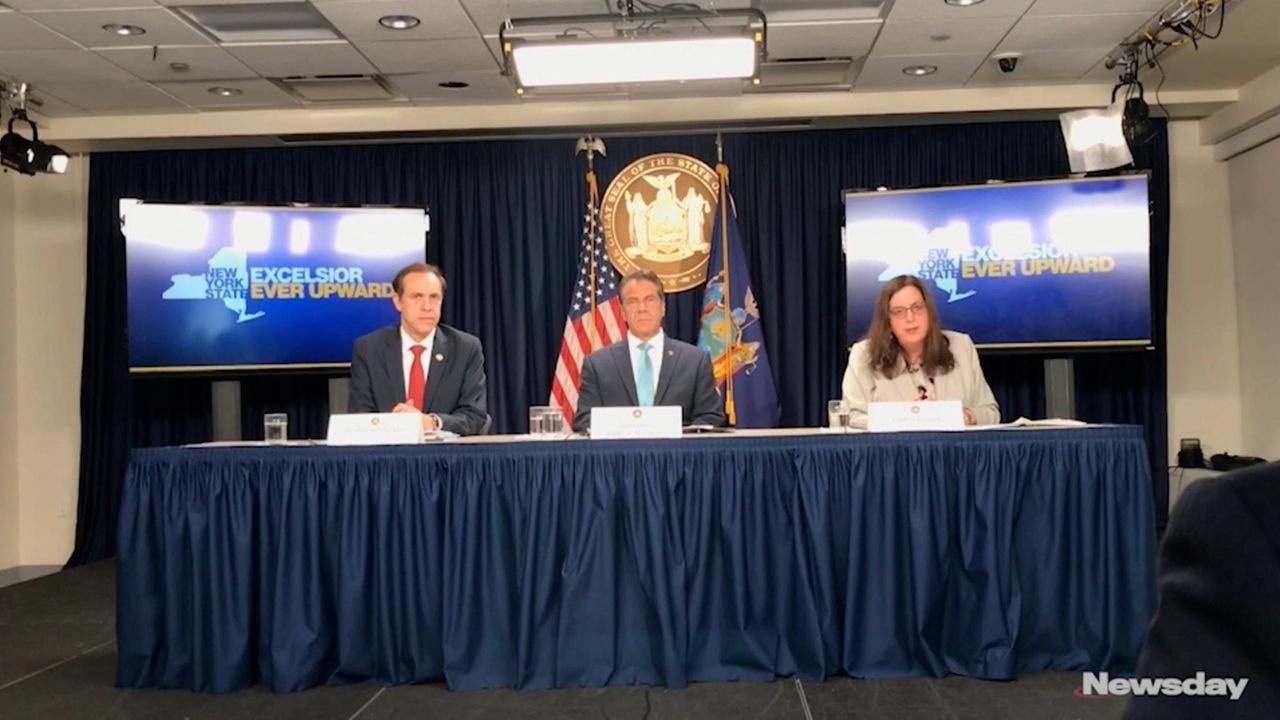 ALBANY — Gov. Andrew M. Cuomo said Tuesday the state will mount a new legal attack on drug companies and others who sell opioids, suing them for driving up consumer insurance rates by some $2 billion.

Cuomo said drug manufacturers, distributors and retailers were part of an “industry conspiracy” to drive up patients’ use of opioids, which forced private insurance companies to cover the costs of prescriptions, trips to hospital emergency rooms and addiction treatment services.

That spurred insurers to request significant rate increases from the state, to be paid by consumers, Cuomo said.

“All of those costs ultimately get paid by, guess who? You,” Cuomo said at a news conference in his Manhattan office. “The cost gets built into the insurance premiums you pay.”

He estimated consumers paid $2 billion too much in insurance premiums over the past decade, attributable to the cost of prescriptions, hospitalization, addiction treatment and other services.

When New York files its claim, it will be the latest among numerous legal actions against drug manufacturers across the nation.

In some instances, plaintiffs want families who own or control the drug companies — such as the Sacklers who control Purdue Pharma — held personally liable.

Suffolk County is the lead plaintiff in one high-profile lawsuit, involving counties and cities in New York, against national pharmacies and a network of family-owned drug manufacturers.

Cuomo noted New York already is part of a multistate lawsuit against the pharmaceutical industry to cover rising Medicaid costs associated with the opioid crisis.

New York's expected suit focusing on insurance costs would be somewhat similar but intended to win reimbursement on behalf of consumers not enrolled in Medicaid, Cuomo said.

The state actually didn’t file the lawsuit Tuesday but said it intends to do so. In a news release, the Cuomo administration listed more than 50 drug companies, distributors, pharmacy benefit managers and insurance companies it says it has contacted or subpoenaed in its investigation.

“We have not seen the suit yet. At this point, we do not have comment,” John Parker, spokesman for the Healthcare Distribution Alliance, a national organization representing primary pharmaceutical distributors, said in an email.

“We are unable to comment on legal matters relating to specific companies who are members of PhRMA, so I’ll decline to comment on the lawsuit,” Tiffany Haverly, a spokeswoman for the Pharmaceutical Research and Manufacturers of America (PhRMA), wrote in an email.

Cuomo said the $2 billion overpayment figure comes from an estimate by his Department of Financial Services after reviewing insurance premiums.

“This overpayment is due to the costs associated with opioid manufacturers misrepresenting the safety and efficacy of opioids,” the administration said in a news release.

The financial services department “will seek fines and restitution from the opioid industry and is directing insurers to fully cooperate with these actions,” the release said.

In addition, the administration said the financial agency soon will announce hearings around the state “to expose the problem to consumers.”