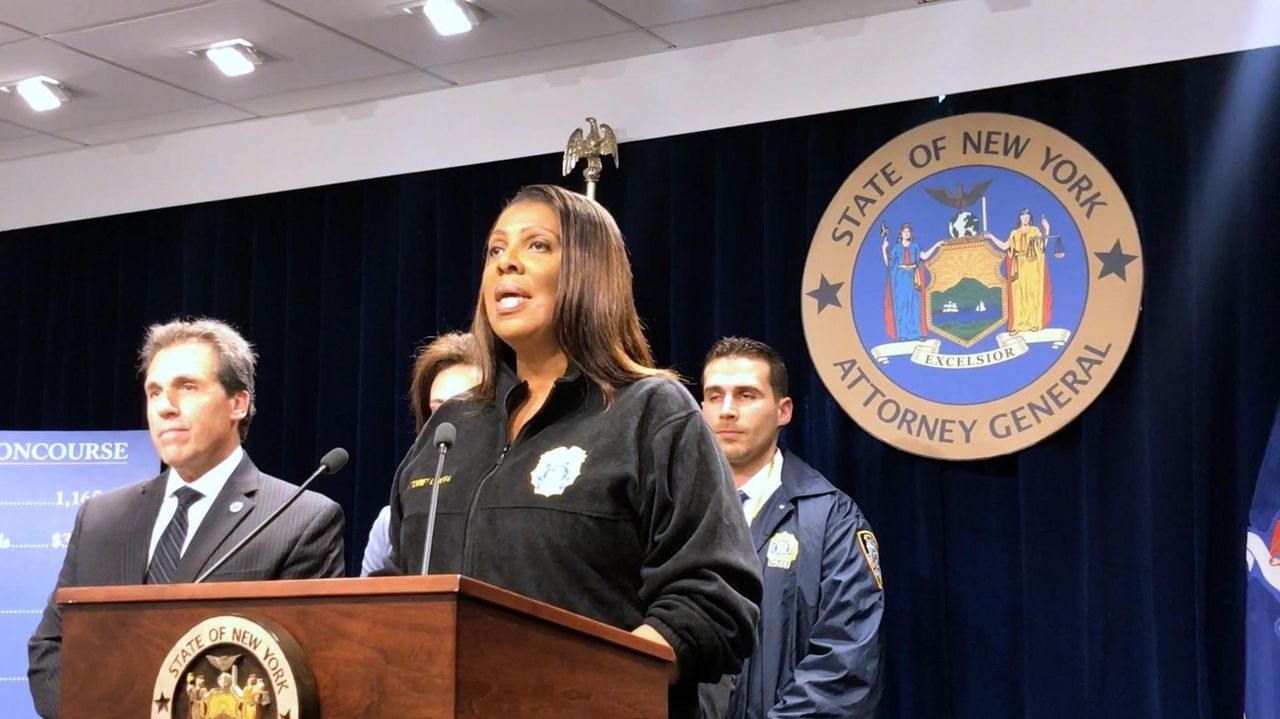 As part of the conspiracy, which operated in the Bronx, Brooklyn, Westchester and Connecticut, the defendants helped sell 23,000 oxycodone pills valued at about $2 million, said James.

Dubbed “Operation Oxy-Concourse” by investigators — because of the quantity of the drugs sold on the Bronx’s Grand Concourse — the investigation began last year as a nodule of other criminal cases, including that of Long Island’s Dr. Dante Cubangbang, who last fall was charged separately in a criminal case in federal court, the attorney general's office said.

James, whose office conducted the investigation with the federal Drug Enforcement Administration, said drug conspiracies “flood our communities with dangerous drugs” that are addictive.

Cubangbang of Franklin Square has pleaded not guilty to charges in an indictment  that he collected over $5.7 million over 3½ years for writing oxycodone prescriptions from his Queens clinic.

In the case announced Thursday, the main supplier, Elba Sanchez, would organize people to visit doctors like Cubangbang, and then sell the prescriptions to others, the attorney general’s office said.

According to the office, one 100-pill bottle would eventually be worth $8,700. That would include, as the pills went through the distribution chain, they would first be sold for about $10 each, then would be resold for $18, then $23 to the street-level dealer, and then sold to end-users for about $30 per pill.

The investigation involved wiretaps, subpoenaed records and surveillance, which uncovered conspirators using “coded and cryptic” terms — including “footballs” for pills, and colors, such as “yellows” “pinks” and “blues” to refer to dosages, James said.

She said the market for drugs like oxycodone peaked about five years ago and has been leveling off since.

None of the people who were arrested or their attorneys could be immediately reached for comment Thursday.

Some of the charges carry prison terms of up to 25 years, though defendants generally receive less time.

According to the U.S. Centers for Disease Control and Prevention, the number of dispensed opioid prescriptions hit an 11-year low in 2017, the latest year for which statistics are available, at 58.7 prescriptions per 100 people. It peaked in 2012 at 81.3.