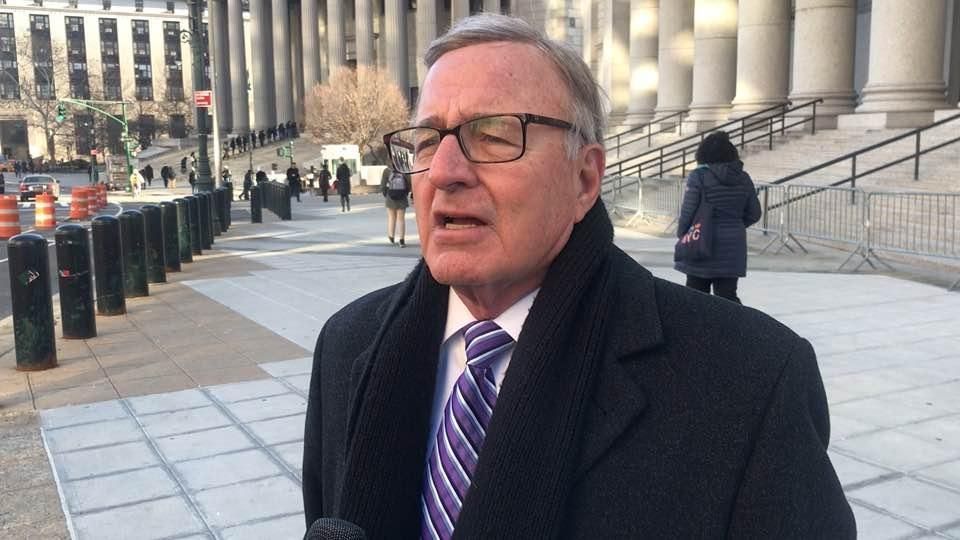 State Sen. John DeFrancisco, who is seeking the Republican gubernatorial nomination, challenged Gov. Andrew M. Cuomo on Thursday to “man up” and explain the ethics revelations emerging from the bribery trial of a longtime top aide to the governor.

Standing outside the Manhattan federal courthouse where Joseph Percoco is being tried on charges of taking bribes of more than $300,000, DeFrancisco (R-Syracuse) said the trial is revealing an atmosphere that “you have to in some way pay the piper” to do business in the state.

“So I’m just calling . . . (Cuomo) out to — I guess the best way to put it is to man up,” DeFrancisco said. “Man up! Don’t hide behind some nonsensical argument that you can’t say anything.”

Former lobbyist Todd Howe, a prosecution witness, has testified that Percoco helped run state government when he was a Cuomo campaign manager and helped arrange fundraisers with cloaked donors while he was working for the state. Cuomo is not charged with wrongdoing.

At an unrelated event in New Hyde Park, Cuomo, a Democrat, said: “It would be inappropriate for me to comment on testimony that’s going on at that trial,” adding: “Let the trial proceed. Let the jurors hear what they hear. And they’ll then make a decision.”

DeFrancisco promised to be more ethical and ridiculed Cuomo’s campaign promise to “clean up Albany”: “He came in as being the king of cleaning up corruption, and I think this trial is really showing . . . exactly what he does and what his M.O. is,” DeFrancisco said.

Asked for comment, Cuomo’s campaign spokesman Austin Shafran responded with a photograph of DeFrancisco swearing in Pedro Espada Jr., once the third-most powerful official in the state, who was imprisoned after being convicted of stealing from a nonprofit.

The campaign said in a statement: “For decades, DeFrancisco has been the number one enemy of ethics reform in Albany.”

NYSAC on top of its game as MMA in New York continues to grow
Medical experts: NYC's attack against COVID-19 can become model
Critics call for SUNY chancellor to resign; he says he's staying
Hochul pens letter to feds on disputed $182M plan for Yaphank facility
From marijuana sales and major court cases to new stores, what to expect in 2022
Two more omicron variant cases detected in Suffolk
Didn’t find what you were looking for?