It might also influence the upcoming statewide election and Cuomo’s potential attempts to position himself as a 2020 presidential contender, they said.

“Obviously, this is a black eye to the executive branch and to Cuomo personally,” said Michael Dawidziak, a Suffolk County political consultant who works mainly with Republicans. “And on the other hand, it’s just another one in a very, very long line of Albany convictions over the years that just continue to pile up people’s cynicism and lack of confidence in Albany as a whole.”

The governor wasn’t implicated in the alleged bribery scheme involving Percoco, an ex-lobbyist, and top Cuomo campaign contributors, so it might not weigh heavily on his upcoming re-election campaign, said Marist College pollster Lee Miringoff. But it lays bare Cuomo’s “major lack of progress” in fulfilling a pledge to “clean up Albany,” he said. 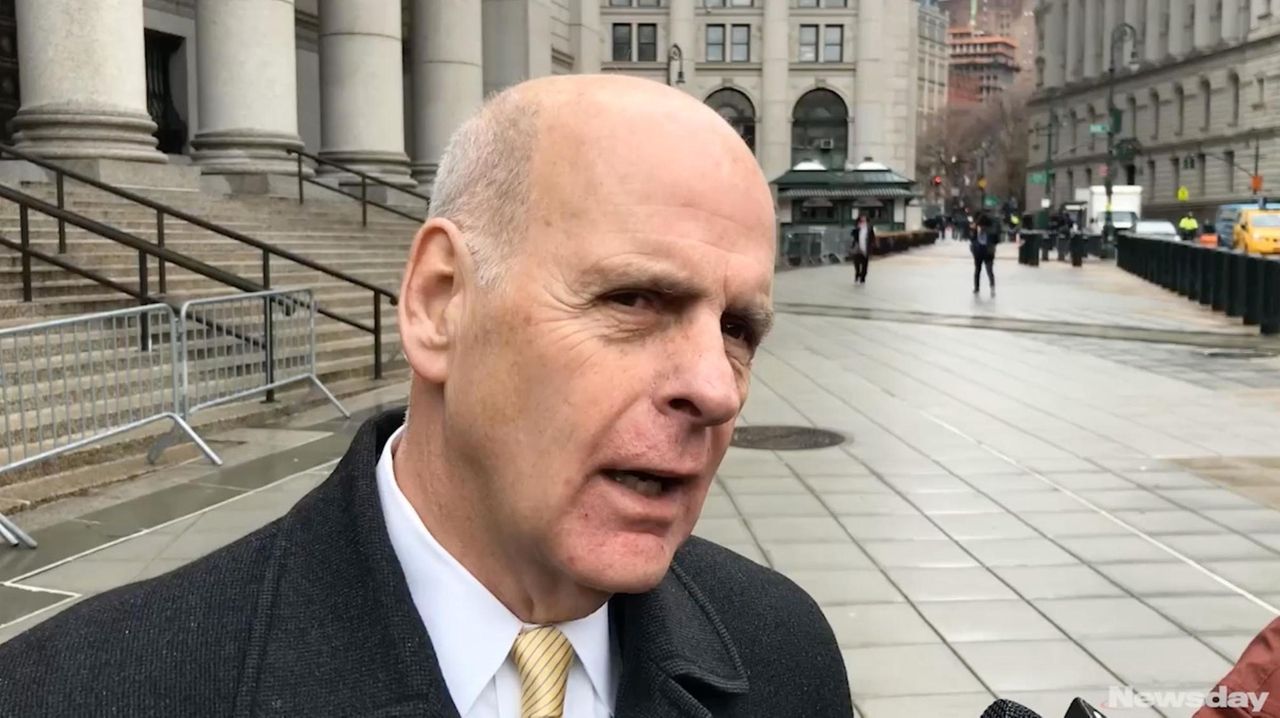 Percoco co-defendants' attorneys speak after verdict Steve Coffey, attorney for Steven Aiello, who was found guilty of conspiracy to commit honest services wire fraud, and Milton Williams, who represents Joseph Gerardi, who was acquitted on all charges, comment outside Manhattan federal court on Tuesday, March 13, 2018. Joseph Percoco, one of Aiello's and Gerardi's co-defendants and a former top aide to Gov. Andrew M. Cuomo, was convicted in the case. Credit: Newsday / Matthew Chayes

“To come up short right in the executive office is about as bad as it gets for proximity,” Miringoff said, adding that “it becomes part of how he is presented as a national candidate.”

Percoco, a longtime aide to not only Andrew Cuomo but also to his father, the late Gov. Mario Cuomo, was convicted on two counts of “honest services” fraud and one of soliciting a bribe for essentially using his access and influence to pocket bribes and win state contracts and permits for campaign contributors. He was acquitted of three extortion charges.

Though New York has seen the fall of Assembly and Senate leaders, rank-and-file legislators and state-agency commissioners, experts on state political history said they couldn’t recall a top adviser to the governor — with the access and influence of Percoco — convicted on public corruption charges in the past 80 years or more.

“I can’t think of anybody who would be relevant . . . who would be parallel to Percoco,” said John J. McEneny, a former longtime assemblyman, county historian and author of several nonfiction books, including “Albany: Capital City on the Hudson.”

In a statement issued three hours after the verdict, Cuomo said it was “personally painful” to see the principles of public service and integrity “violated by someone I knew for a long time,” but added: “I echo the message of the verdict — there is no tolerance for any violation of the public trust.”

Many Democrats in Albany for Tuesday’s legislative session declined to comment. Some acknowledged that any corruption conviction erodes public trust.

“When there’s a verdict that says there is a violation of the public trust, it’s always a tough day in Albany,” Assembly Speaker Carl Heastie (D-Bronx) said. “But I still maintain the overwhelming majority of those who take on the job of being public service do the right thing.”

“What was once promised to be a new day in Albany has become the new normal of corruption,” said Dutchess County Executive Marc Molinaro, who has been endorsed by dozens of GOP county chairs to run for governor. “Despite all his progressive rhetoric, this trial proved conclusively that, for a price, the rich and powerful get special treatment in the Cuomo administration.”

The National Republican Campaign Committee said that “Cuomo’s record of scandal and corruption” would hurt Democratic House candidates. Assembly Minority Leader Brian Kolb (R-Canandaigua) said the governor frequently points out corrupt legislators, but now “has a lot of questions to answer” himself.

And Ed Cox, state GOP chairman, renewed his call for the Manhattan district attorney and the state ethics panel to investigate a side issue that emerged during the trial: Percoco’s use of state offices, state phones and his state ID while he was running Cuomo’s 2014 campaign and off the public payroll.

Government watchdog groups also noted that evidence showed Percoco and other Cuomo staffers using private email to conduct public business, a lobbyist saying he was advised by an administration official that registering as a lobbyist would make it more difficult to operate, and a contributor being coached on how to hide donations to Cuomo to avoid campaign limits.

Cuomo’s re-election chances might not be seriously wounded in part because he stockpiled $30 million in his campaign account and enjoys good ratings among Democrats in a heavily Democratic state, experts said. But with a related corruption trial (involving high-profile Cuomo projects in Albany and Buffalo) coming this spring and Percoco tentatively set for sentencing in June, the story line will stick with the governor through the year.

“There was no charge against him but obviously it’s going to have some negative impact because it occurred on his watch and by somebody extremely close to the governor and the [Cuomo] family,” said Doug Muzzio, a Baruch College political scientist.

Percoco jury: We are still deadlockedJurors in the bribery trial of Joe Percoco, former top aide to Gov. Andrew Cuomo, ...