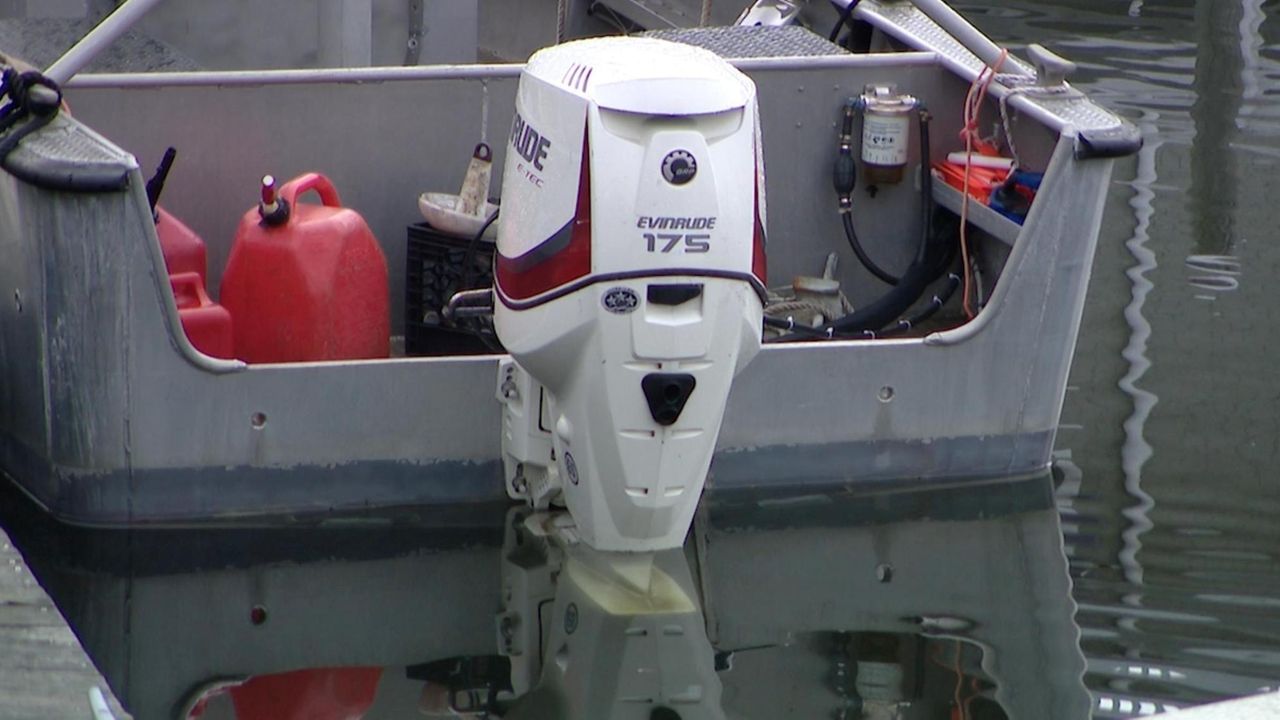 State Sen. Jim Gaughran (D-Huntington)on Friday introduced the bill, "Ryan's Law," which would mandate propeller guards be installed on all boats statewide that are used to instruct children under 18.  In July 2017, Ryan Weiss, 12, was killed during a controlled capsizing lesson off the waters in Centerport. Credit: News 12 Long Island

Ryan Weiss loved being out on the water. His father, Kevin, took Ryan out on his first boat ride when he was just seven days old. And the family vacationed and spent nearly every summer weekend on its boat.

While on the water — learning to sail — the 12-year-old Greenlawn boy was tragically killed in July 2017 during a controlled capsizing lesson off the waters in Centerport.

Now  Ryan's parents are working to ensure that no other family has to endure such heartbreak.

On Friday, state Sen. Jim Gaughran (D-Northport) announced the introduction of "Ryan's Law," which would mandate propeller guards be installed on all boats statewide that are used to instruct children under 18. Violations would be punishable by a fine of no more than $100, a figure established in state navigation law.

"The last 18 months for us have been nothing short of a nightmare," said Kellie Weiss, Ryan's mother, at a news conference at the Huntington Yacht Club. "We love boating and want our children to be part of this community. But the fact that we left our 12-year-old in a very, very safe environment and he didn't come home cannot happen to another family."

Gaughran said the guard, which costs about $120 and serves as an encasement around the vessel's propeller, would probably have saved Ryan's life if it had been in use.

"I hope the legislature will join me in enacting this legislation very quickly and that we can protect our kids," Gaughran said.

Ryan died July 18, 2017, during an lesson with two other youngsters at the Centerport Yacht Club.

As part of the lesson,  their boat was intentionally capsized so the students could learn how to right their vessel in an emergency. Ryan was then taken from the water into a small inflatable Zodiac boat. Police said Ryan was sitting on the edge of the craft but fell off when the boat accelerated was fatally struck by the propeller.

Nationwide in 2017 there were 172 accidents involving a propeller strike, with 162 injures and 31 deaths, according to Coast Guard statistics.

Ryan, his mother said, was adept on the water and had completed a safety course in preparation for obtaining his boating license only two weeks before the accident.

Gaughran’s legislation expands a law, also urged by the Weiss family, enacted in Suffolk last year.  Fines for first-time violators in Suffolk range from $250 to $500 and then climb from $750 to $1,500 for subsequent offenses.

Assemb. Andrew Raia (R-Huntington) sponsored a nearly identical propeller guard bill last year but the measure was not taken up in the Senate. Raia is a co-sponsor of the bill again this year.

Kellie Weiss, who has four other children, said she does not blame the 18-year-old boating instructor, who has not been identified and was not charged in the accident.

"It was an accident," Weiss said. "Our families have been in contact and I have wrapped my arms around him and hugged him because he's living with this every day of his life as well. He adored Ryan with all his heart. And I know in my heart he would have done nothing to harm Ryan."

New law aims to protect kids in boating accidentsKellie Weiss watched as Suffolk County Executive Steve Bellone signed into law legislation aimed at protecting children like her son, who died in a boating accident last year. Boy killed in sailing lesson accident ID’dThe Centerport Yacht Club on Wednesday released a statement mourning the loss of a 12-year-old ... Cops: Boy taking sailing lesson dies in accident A 12-year-old boy died when a lesson in sailing safety took a tragic turn Tuesday. ... NY 31st in boating death rate; see national ranksTwenty-two people died in boating accidents in New York last year, the same as the year before and up from 16 deaths in 2015, according to the U.S. Coast Guard, which reported 658 deaths nationwide.