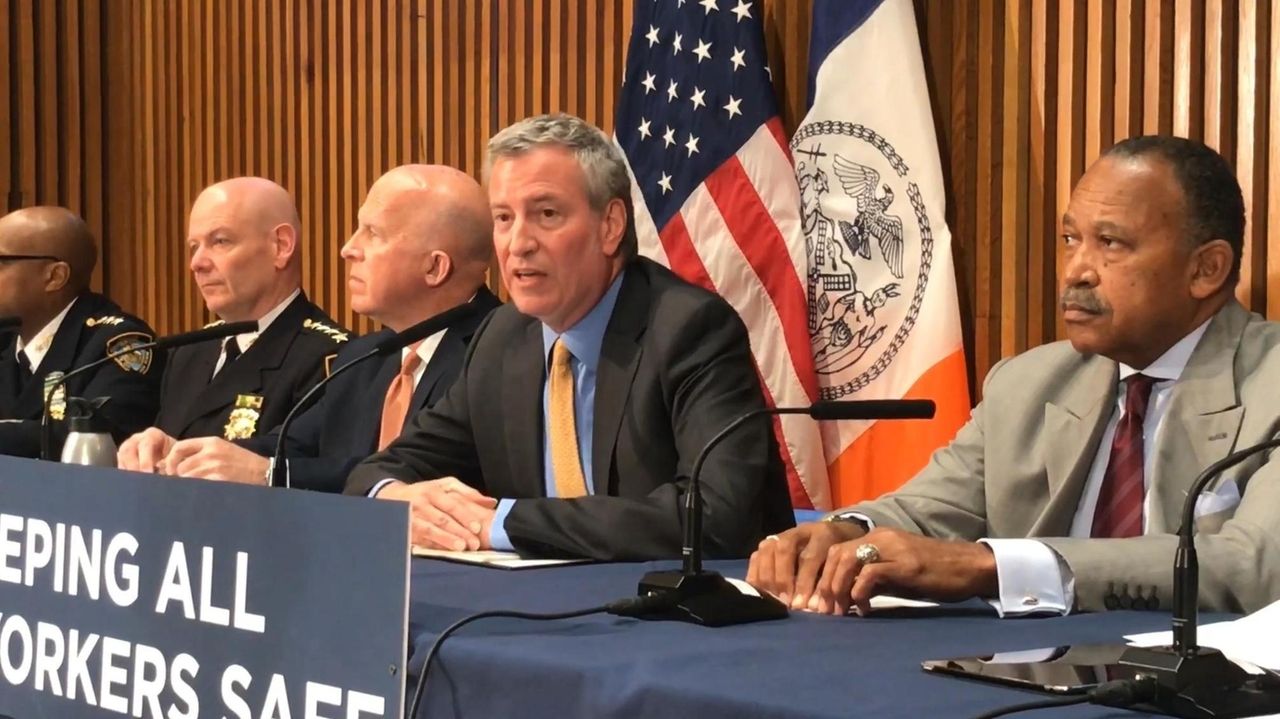 Singas will work with Suffolk County District Attorney Timothy Sini to investigate one of the incidents, in which a woman accused Schneiderman of slapping her at a house in the Hamptons in 2016, officials said Tuesday.

Cuomo said the Singas would have broad powers to subpoena, investigate and, if warranted, prosecute criminal charges against Schneiderman, who, until he announced his resignation Monday night was the state’s top law enforcement official.

The alleged 2016 assault was one of several recounted in a Monday article published in The New Yorker magazine that led Schneiderman to resign his post, effective Tuesday.

Schneiderman has denied allegations of abuse by four previous romantic partners but conceded they will prevent him from effectively running the office.

Cuomo said Singas’ probe would supersede other investigations by prosecutors in the case. Manhattan District Attorney Cyrus Vance Jr. also announced he was investigating accusations of physical abuse against Schneiderman.

“There can be no suggestion of any possibility of the reality or appearance of any conflict or anything less than a full, complete and unbiased investigation,” Cuomo said in his letter to Singas. “The victims deserve nothing less.”

In a statement Tuesday night, Singas said, “Pursuant to the Governor’s executive order, we will vigorously investigate the allegations for which jurisdiction has been granted. To echo my earlier statement, I will not accept any appointment nor seek election to the next office of the New York State Attorney General.”

“Earlier today, Gov. [Andrew M.] Cuomo indicated that he may appoint a special prosecutor to investigate this matter,” Sheila Kelly, a spokeswoman for Sini’s office, said earlier Tuesday. “Should that occur, our office would support that effort and provide any assistance necessary.”

Cuomo said the statements by Schneiderman’s accusers in the magazine article should force a criminal probe.

“I think the article was graphic and definitive in reporting the statements, the acts, and the behavior and the corroboration,” said Cuomo, who once handled domestic violence cases as an assistant district attorney. “I thought it was a very powerful and damning set of facts.”

According to The New Yorker article, Schneiderman was drinking heavily at a party in the Hamptons in the summer of 2016 with an Ivy League-educated lawyer who is not identified. The woman says she agreed to let Schneiderman’s security detail drive them to another destination, but the car took them to a home where the attorney general was staying.

The woman told the magazine that while making out, Schneiderman turned violent, using profanity and slapping her twice across the face without consent. “I couldn’t believe it,” she told The New Yorker. “For a split second, I was scared.”

The woman reportedly told Schneiderman she wanted to leave the home. The attorney general then drove the woman to another location, she alleged. Schneiderman has denied the allegation.

At a news conference Tuesday at NYPD headquarters in Manhattan to discuss crime statistics, Commissioner James O’Neill said the NYPD would be reaching out to the women named in The New Yorker article to investigate.

“No one’s filed any complaint reports yet,” O’Neill said.

Earlier Tuesday, Cuomo said there were several district attorneys across the state who could investigate Schneiderman, but that Vance likely wasn’t among them.

In March, Cuomo directed Schneiderman to examine Vance’s actions in the harassment case involving disgraced Hollywood producer Harvey Weinstein. Vance had been criticized for being slow to act on reports stemming from a 2015 incident involving Weinstein and an Italian model.

Any investigation of Schneiderman would have to be beyond reproach, and that would be difficult given the history between Schneiderman and Vance, Cuomo said Tuesday. “So that is a potential complication,” he said.

Later Tuesday, Vance issued a scathing letter to Cuomo, saying the appointment of a special prosecutor was “interference” while Vance denied any conflict of interest in probing Schneiderman.

Schneiderman announced his resignation Monday night, effective at 5 p.m. Tuesday, after The New Yorker reported accusations by four women that the Democrat had assaulted them during sex.