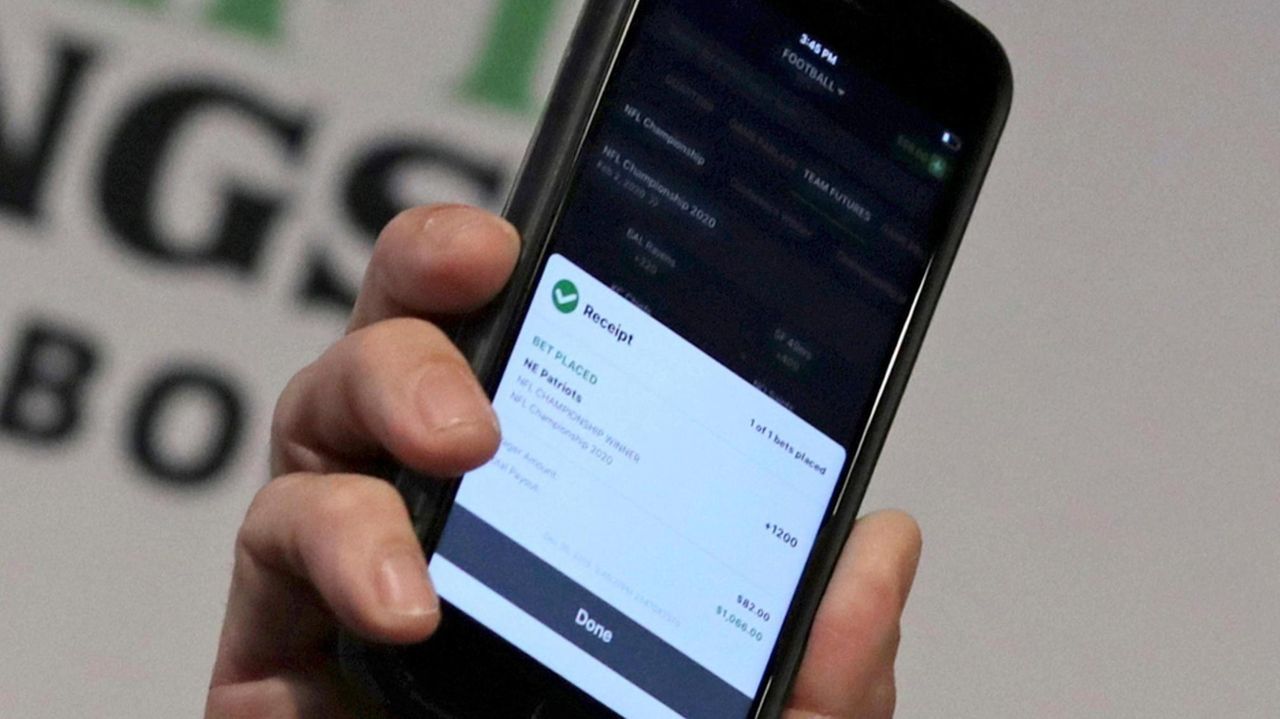 ALBANY — With the state looking to raise revenue, New York lawmakers gave the green light to mobile sports betting but blocked other attempts to expand gambling.

The State Assembly was working Wednesday to approve the final pieces of a $212 billion budget for the 2021-22 fiscal year, increasing spending by a whopping $18 billion or nearly 10%.

Lawmakers who backed the plan said the spending growth will speed the state’s economic recovery from the COVID-19 pandemic. The increase is primarily funded through a huge influx of federal stimulus aid ($12.6 billion to state government) and tax increases on the wealthy and corporations ($3.5 billion combined).

But they also plan on getting a bump from mobile sports betting — that is, allowing people to place bets from their computers or smartphones.

Under current law, you have to physically go to a casino in the state to bet on a Giants or Jets game. That will change but it will take time — it might not be up and running before New Year’s Day, according to insiders who worked on the New York legislation.

"New Yorkers probably won’t be able to wager on the NFL regular season, but by the playoffs," said one lobbyist who worked on the legislation but wished not to be identified.

After much haggling, Gov. Andrew M. Cuomo’s framework for how to establish mobile sports betting largely prevailed over that of legislators. Chiefly, the governor got his wish to limit the number of betting operators to two companies and a minimum of four sports app partners — four of which already have partnerships at New York casinos: FanDuel, DraftKings, BetMGM and Bet365.

The app partners are the entities a bettor would use to place a wager.

Operators would pay an upfront licensing fee of $25 million and pay its partner casino $5 million. Also, they would pay a 12% tax on gross gambling revenue.

Cuomo said his plan would allow the state to get a bigger share of mobile sports betting revenue — which he said could be $500 million annually once fully running.

FanDuel and DraftKings applauded the legislation.

"We are pleased to see this important step toward bringing legal, regulated mobile sports betting to New York achieved," FanDuel vice president Chris Jones said. "We look forward to the next steps of the process and hope we are ultimately able to bring our FanDuel Sportsbook product to customers in our home state."

The state Senate and Assembly backed a plan used by other states that make casinos the operators, allow many more app partners and charge a lower tax rate. Legislators and critics said Cuomo’s plan would actually create a "middleman" and limit bettors’ choices.

But they lost that fight during negotiations.

"We believe the governor’s revenue projections are overly optimistic," said Dustin Gouker, lead analyst for the PlayUSA.com network. He said a more realistic projection for New York is $200 million to $400 million annually. Among other things, the company believes the New York tax rate is too high.

"This compromise will achieve the main goal of lawmakers, which is to provide a new and dependable revenue stream for the state," Goucker said. "But it will likely fall short on other priorities, including shutting down the black market. The final regulatory structure is better than before, but it is ultimately shortsighted."

The State Legislature did succeed in getting provisions into the law to cover consumer protection, mandate the use of official sports data and safeguard betting integrity, sources said.

Other gambling expansion proposals fell short and won’t be part of the budget legislation.

One would have permitted sports betting "kiosks" at stadiums, arenas and horse racing tracks.

Another would have allowed Suffolk Off-Track Betting to add 1,000 more video slots machines at its Jake’s 58 casino.

But they did agree to take a small step. The budget included authorization to "request" information to gauge which casino operators might seek a downstate license. The Gaming Commission will eventually issue a report on the potential bidders.