ALBANY — The Cuomo administration said Wednesday that the newly proposed federal budget would cut $4.3 billion in funding to New York and force a revamping of the state’s own proposed budget, just a day after the Legislature sought more spending.

“We have to re-look at the entire budget,” said Gov. Andrew M. Cuomo’s budget director, Robert Mujica. “We need to re-prioritize”

President Donald Trump proposed on Monday his $4.7 trillion federal budget, which in part cuts funding to states for Medicaid, the health care program for the poor. More than 20 percent of Medicaid funding to New York would be cut, according to the Cuomo administration.

Whether the fear will be borne out, however, is unknown. Past attempts at including the cuts in other nonbinding “skinny budgets” failed, even when Republicans controlled the House and Senate in Washington. The chances will be more remote in the House of Representatives, now in Democratic control. 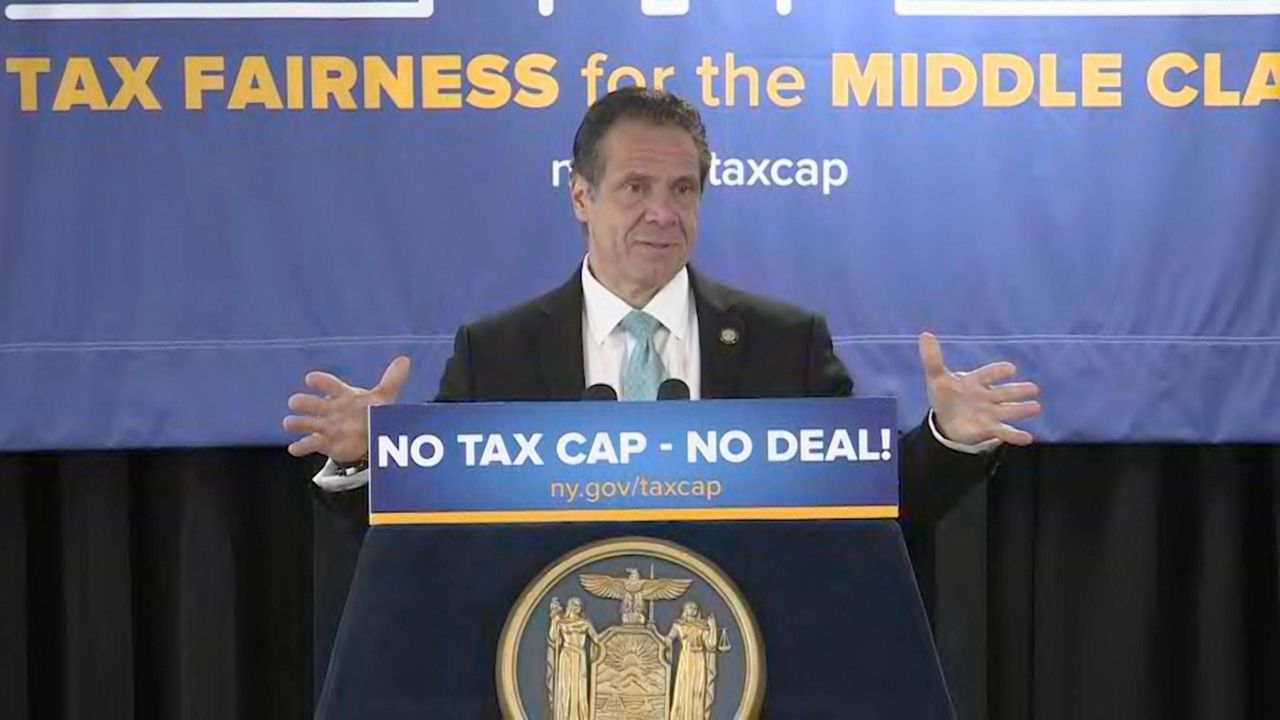 "It's utterly, completely unlikely to happen in any way, shape or form," said Bill Hammond of the fiscally conservative Empire Center think tank.

“The changes may not be that likely, but the impacts would be really significant if they did happen,” said David Friedfel, director of state studies for the independent Citizens Budget Commission. “There are real risks of an economic recession which, in and of themselves, are reasons to re-evaluate the governor’s proposal and look at the legislative proposals with skepticism or concern about their spending levels.”

The news from Washington, however, bolsters Cuomo’s criticism of spending in budget proposals released Tuesday by the Democratic majorities of the state Senate and Assembly.

“The cuts are devastating,” Mujica said.

He said the state budget will have to direct more funding to health care programs to compensate for potential federal cuts. He also said more state funding will be directed to reserves amid greater concern of a possible recession in the coming years.

Mujica said the proposed federal cuts to the Affordable Care Act also would mean 800,000 New Yorkers would find insurance unaffordable. He said hospitals that are already trying to trim their budgets aren’t prepared for major Medicaid cuts proposed by Trump on Monday.

The state Legislature wasn’t fazed by the governor’s latest warnings.

“Everyone is entitled to their own wrong opinion,” Michael Whyland, spokesman for Assembly Speaker Carl Heastie said in a statement.

“We have confidence in our Democratic House colleagues to stop this awful Trump budget proposal,” said Mike Murphy, spokesman for Senate Majority Leader Andrea Stewart-Cousins, in a statement.

Cuomo’s top aides, however, said they are taking the threat of lost billions seriously after previous Trump proposals became law.

Mujica said that, in addition to Medicaid cuts, the federal funding reduction would  cut social services and nutrition programs for the poor, as well as funds for clean drinking water, and education and affordable housing programs.

“If even a portion of these cuts are allowed, that would be devastating,” Mujica said. He said the Cuomo administration has already restored $500 million in “manageable” Medicaid cuts it proposed in  the governor's budget.

The independent Citizens Budget Commission said Cuomo’s $175.2 billion budget increases state operating funds by about 3.4 percent. Cuomo is now negotiating a final budget deal with legislative leaders, but has already drawn several lines in the sand, including a ban on new taxes beyond the ones he’s proposed, approval of his criminal justice reform package and making the 2-percent cap on property tax growth permanent.

The Assembly didn’t include the measure in its one-house proposal; the Senate passed it earlier this year.

With Candice Ferrette and Robert Brodsky

Source: Sheldon Silver ordered back to federal prison
State: Virus positivity rate at 1.27%, the lowest since Oct. 22
How to get a COVID-19 vaccine appointment
1:37
When was the last time you saw a dentist? COVID-19 fears take toll on care
Assembly passes bill to stop water-rate hikes, but state calls it 'illegal'
2:12
Vaccinated NY baseball fans to enjoy normal seating, Cuomo says
Didn’t find what you were looking for?