Members of the New York State Senate debate budget bills during session in Senate Chamber at the state Capitol in Albany, on March 31, 2019. Credit: AP/Hans Pennink

ALBANY — New York lawmakers officially agreed to and began passing a $212.2 billion state budget Tuesday, reflecting an $18 billion increase driven by tax hikes for the wealthy and corporations and extraordinary federal aid to speed economic recovery from the COVID-19 pandemic.

The State Senate slogged through the night and finished passing all 10 bills that comprise the budget after 3:30 a.m. Wednesday. The Assembly, with more than twice as many members as the Senate, approved seven bills before adjourning around 2 a.m. and will reconvene at 11 a.m.

The budget deal authorizes $29.5 billion in state aid for school districts, a $3 billion increase — or 11% — over last year, which is believed to be a record one-year hike in education spending. For Long Island schools, it will mean an overall 13% ($270 million) increase in "Foundation Aid," the primary funding stream for districts. It also means an additional 64 Long Island districts will be eligible for prekindergarten funding, legislators said. 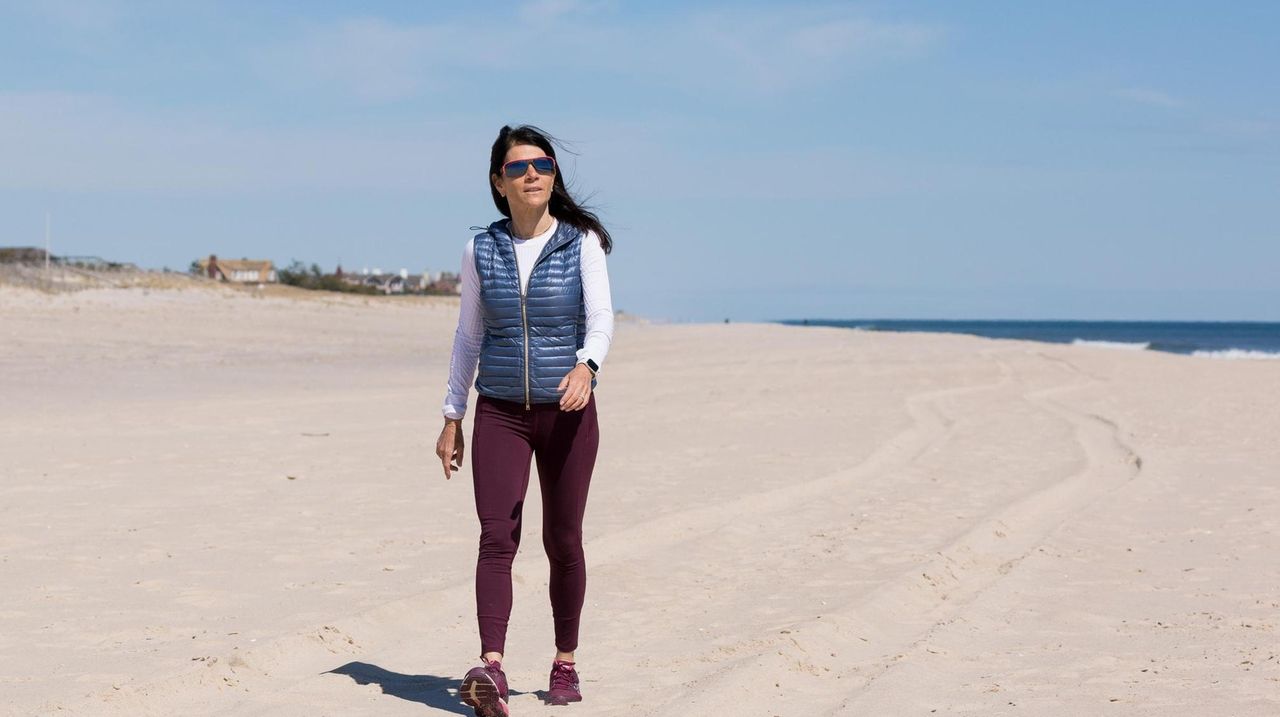 Walk and talk therapy on the beach Tracy Nathanson, founder of Pace of Mind Therapy, takes her patients off the couch or out of the office and into the fresh air, for walk/talk therapy in parks or along the beach. Credit: Barry Sloan

The overall spending total is nearly 10% higher than what Gov. Andrew M. Cuomo proposed in January and reflected the State Legislature’s growing influence over the budget.

It was a victory for progressives, who said the budget offers assistance to renters and small businesses who fell in arrears on rent during the pandemic, as well as grants to qualifying small businesses.

The budget also would create a $2 billion fund to help people who lost their jobs during the pandemic but didn’t qualify for unemployment because they are in country illegally — an issue that caused public spats on Twitter among progressive and moderate Democrats. Workers who can document job loss will be eligible to receive $15,600 under the program - roughly the equivalent of unemployment insurance benefits. Those who cannot will receive $3,200 -- the equivalent of stimulus payments offered to some during the pandemic.

"I can't think of a more far-reaching and impactful budget than this," Assembly Speaker Carl Heastie (D-Bronx) said.

Republicans decried the tax hikes in the budget as the largest in state history — a notion Democrats didn't dispute.

Cuomo, who, in a rarity, failed to block tax hikes he opposed, said that thanks to the "state's strong fiscal management" and federal support, New York's budget remains balanced while "making historic investments to re-imagine, rebuild and renew New York in the aftermath of the worst health and economic crisis in a century."

The third-term governor is facing multiple investigations revolving around sexual harassment allegations leveled against him, nursing homes and his administration's handling of the pandemic. Many leading Democrats have called for him to resign. He's refused, but the Legislature's wins on key budget issues reflected his weakened position.

Other major points include a state-mandated formula for staffing levels at nursing homes, a mechanism for Gov. Andrew M. Cuomo to quickly close more state prisons, a scaled-down plan to redevelop area around Penn Station in Manhattan and a significant boost in capital projects spending, such as roads, bridges and college campuses.

The 10-bill package includes a wide range of policy changes, ranging from offering early retirement incentives for state employees to lowering the age for deer hunting to 12 to withholding funds from local police departments that don’t formulate reform plans to address bias and improve community relations.

Among the casualties that appear to have failed to make the final agreement: a proposal to lift the moratorium on siting downstate casinos.

The Democratic-led Senate and Assembly began the process of approving budget bills on Tuesday afternoon, expecting to push through the night if necessary to finish the job.

The budget was due April 1, but Tuesday was the hard deadline for making the state’s next payroll.

"All of the budget bills have been agreed to three ways," State Sen. Liz Krueger (D-Manhattan) said as debate began, referring to the Senate, Assembly and the governor. "And will be ready to go to the floor … our goal is to complete our work the end of business today."

The huge growth in the budget is due not only to a boost in federal spending but also state outlays.

The state received $12.6 billion in aid from the latest federal stimulus bill, most of which will be deployed in the 2021-22 fiscal year.

Of the $212 billion overall figure, $112 billion comes from state funds — an $8 billion increase from last year. Of the growth, nearly half stems from two primary tax hikes: A 0.75 percentage-point hike in the corporate tax rate and three new income-tax brackets for high earners.

Krueger said the millionaires tax would provide $2.75 billion this year and $3.25 billion in the coming fiscal year, then sunset in 2027. She said the tax will apply to 150,000 New Yorkers.

Republicans and budget watchdog groups have said the tax hikes weren’t necessary given the federal stimulus had eliminated the state’s pandemic-driven deficit. The Empire Center think tank contends the tax will create the highest tax in the nation for millionaires living in New York City and will drive the critical revenue providers out of state.

State Sen. Thomas O'Mara (R-Elmira) said the tax increases are the biggest in state's history, or at least since the 2008-09 budget, when Democrats were also the majority conference.

"That's probably accurate," Krueger said. "I was always taught in this town that when Democrats needed revenue to spend it taxed; and Republicans borrowed. I believe of the two choices I would prefer to tax and spend rather than grow the deficit."

Democrats said the federal aid was a one-time influx and the tax hikes would assure state programs continued to be covered in future years. They also argued that the wealthy hadn’t been as harmed as the poor during the pandemic.

Senate Democrats said the Legislature rejected "many" of Cuomo’s proposed cuts, including his proposed 1% cut in Medicaid funding. Hospitals, nursing homes and homes for the developmentally disabled said Cuomo's cut would have worsened a shortage of underpaid workers, many of whom left during the pandemic.

Among the more innovative additions to state services will be the "fourth trimester bill," according to State Sen. Gustavo Rivera (D-Bronx). He said the measure would extend mental health care for lower-income mothers for a year to head off post-birth depression and other mental concerns.

— Increases state funds for schools by $3 billion, believed to be the biggest one-year increase ever.

— Earmarks nearly $3 billion for renters, homeowners and small business owners who fell into rent/mortgage arrears during the pandemic, along with about $500 million in grants for small business recovery.

— Creates a $2.1 billion fund to provide one-time payments for people who are in the country illegally who did not qualify for federal pandemic stimulus checks or unemployment benefits.

— Raises taxes a net $3.5 billion — the largest one-year increase ever.

— Authorizes redevelopment of the area around Penn Station but limits it to transportation projects, rejecting proposals for large-scale business and residential hi-rises.