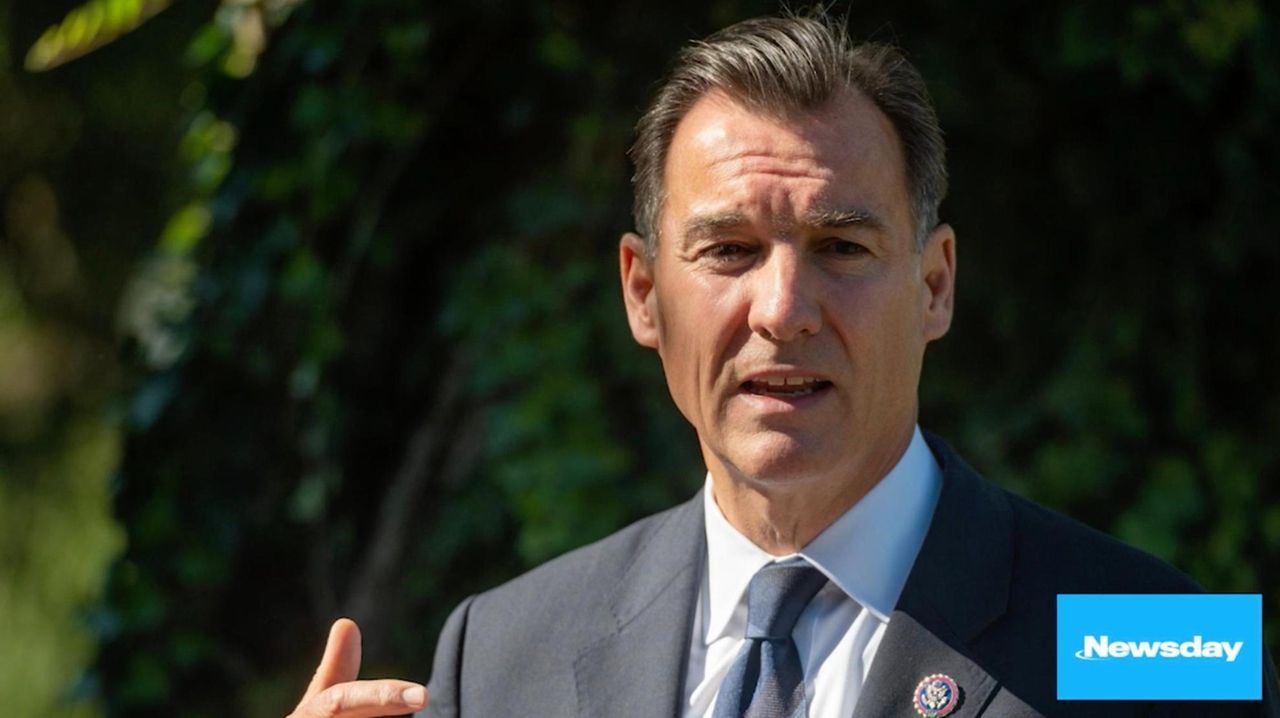 ALBANY — Rep. Tom Suozzi of Glen Cove said Monday that he is running for governor as a "common-sense Democrat" focused on cutting some of the nation’s highest taxes, ending the exodus of New Yorkers to more affordable states and reducing crime.

"You don’t hear that coming from Democrats that much," Suozzi told Newsday. "But you have to do it a way that continues to provide for our people. That requires management … I have those qualities and I have done it."

Suozzi, 59, is in his third term in Congress. He is a former Glen Cove mayor and was Nassau County executive from 2002 to 2009. In 2006, he lost a run for the Democratic nomination for governor to then-Attorney General Eliot Spitzer. In Congress, Suozzi has led the effort to repeal the cap on state and local tax deductions, known as SALT, for federal income tax.

Suozzi said Monday that he won't be running for reelection to Congress and released a campaign video on YouTube. He said he can use his $3 million in his congressional campaign account toward his governor's campaign and is now seeking more donations.

Suozzi acknowledged that his run for governor creates and open seat in his competitive congressional district that includes Queens and parts of Nassau and Suffolk counties. "It’s always a concern because it’s a swing seat," he said. "I’m going to do everything I can to make sure my seat goes to another common-sense Democrat."

"I’m hoping we are going to win the majority again, we may not," Suozzi said. "But I am running for governor because I feel this is the job I was made for."

Suozzi on Saturday had said he was declining the post of deputy mayor for New York City Mayor-elect Eric Adams.

"I will do everything I can to help my friend Mayor-elect @ericadamsfornyc & the people of NYC succeed," Suozzi tweeted Saturday. "After discussing it with my family, I believe the best way for me to help him and NYC is in elected office. I will announce my plans for the future in the coming days."

"He is well known, I assume he would be well-financed, and he certainly comes with experience," said Lee Miringoff, director of the Marist College Institute for Public Opinion, said of Suozzi. "It’s a viable candidacy."

Miringoff said factors at play for the June Democratic primary include the internal fight between the rising tide of progressives and the more moderate traditional base of the party. Many of those more moderate Democratic leaders at the state and county level already have backed Hochul, who assumed the governor’s job in August when Gov. Andrew M. Cuomo resigned amid sexual harassment accusations. Meanwhile, James and Williams have secured endorsements from many of New York City’s progressive leaders.

Miringoff said Suozzi’s entry to the race could likely cut into Hochul’s effort to win Long Island and the northern suburbs as a way to counter the advantage of James and Williams in New York City. The Election Day results earlier this month that Republicans call a red wave also could caution more Democrats to back more moderate candidates in Hochul or Suozzi as opposed to James and Williams, Miringoff said.

"That’s just a whole pile of factors at work here and you can’t really sort it all out with any great confidence," Miringoff said. "It’s a crowd and, in one way, I think that could favor Hochul … in a more-the-merrier field, incumbency simplifies it."

Suozzi, however, said his experience in government and his background as a lawyer and certified public accountant are superior to the skills and accomplishments of his rivals and will allow him to bridge geographical and ideological fissures within his party and against Republicans.

State Republican Chairman Nick Langworthy has said the Republicans’ "ultimate goal of electing a Republican governor is within reach … (to) truly change New York and put it back on a path to prosperity, public safety, and freedom." But Langworthy, a Trump supporter who calls Democrats out-of-touch liberals and socialists, will find Suozzi shares some of those same talking points.

Suozzi said he would cut taxes to make New York more affordable and attract employers by better managing state government. Part of that would be to "change the mindset" of Albany to focus on preventive social services to children in schools and their parents as a more efficient way of spending than devoting so much of existing social services on adults after they developed alcohol and drug dependencies and health and learning impairments.

In measures that could rile progressives in his party, he also said he would put more police on the streets to reduce crime, particularly in New York City. He said he would seek to alter the law passed by the State Legislature that ended bail for most offenses to even the playing field for defendants too poor to afford bail. Suozzi said he would provide greater discretion to judges to hold a defendant until trial, based on a judge’s view of the danger the defendant may pose.

"I believe that I am saying and doing what the people are thinking," Suozzi said. "They have had it with this far-left and far-right finger pointing. They want common sense … with management experience and ability and a vision for New York to make it more affordable."

Source: Suozzi to decide Monday on reelection bid or run for governorSuozzi had tweeted Saturday that he was declining the post of deputy mayor for New York City Mayor-elect Eric Adams.