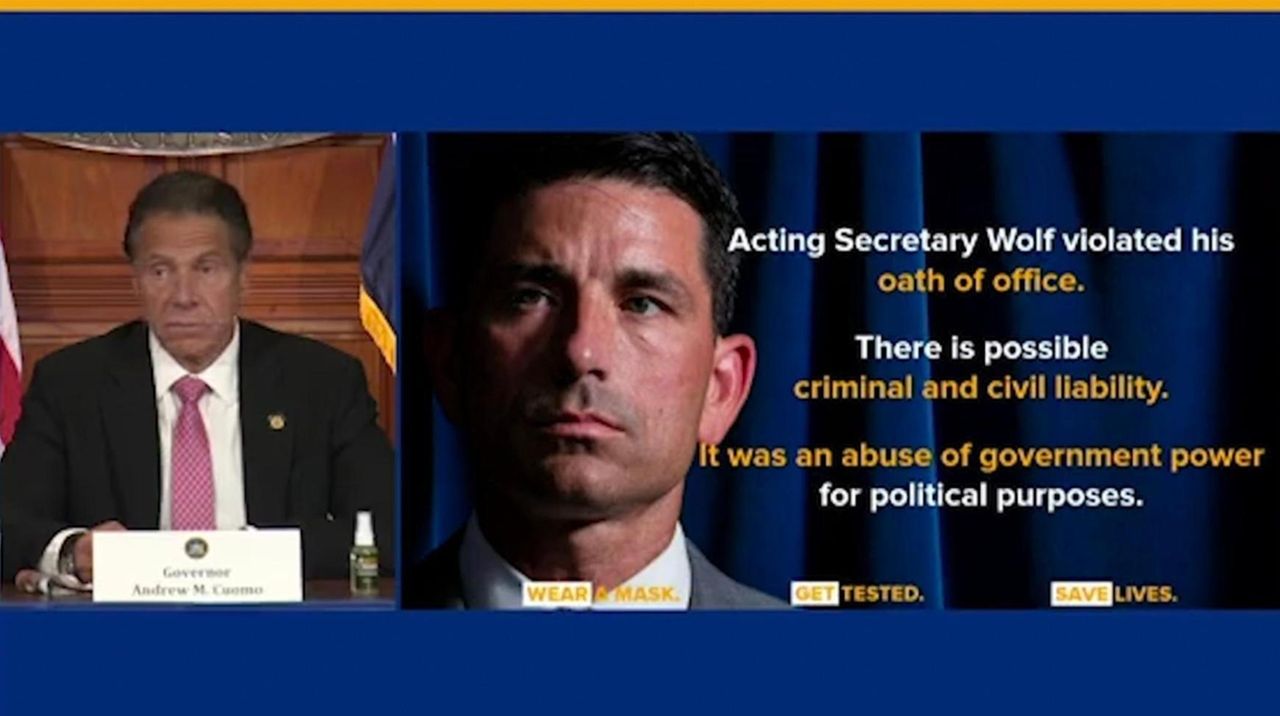 ALBANY — The Trump administration lifted its ban on New Yorkers to participate in trusted traveler programs because federal officials had made assertions in the legal fight that “are inaccurate in some instances and give the wrong impression in others,” according to a letter from the U.S. Attorney’s Office.

The programs allow verified New Yorkers to speed through security checkpoints at airports.

In a letter dated Thursday to U.S. District Judge Jesse Furman in Manhattan, acting U.S. Attorney Audrey Strauss said the U.S. Department of Homeland Security made the inaccurate assertions. She apologized for the statements and dropped the legal action, which had been going on since February.

Gov. Andrew M. Cuomo on Friday said the Trump administration lied to punish New York for creating sanctuary cities and legislation that protected immigrants from federal immigration enforcement agents. Cuomo said federal officials should be investigated by the U.S. Justice Department and Congress for possible criminal as well as civil violations for lost commerce, with compensation made to New York.

He also said the federal ban for six months in February and March created long lines in congested airports that may have brought the COVID-19 virus to New York from Europe.

“It’s not just not right and unethical, it’s illegal,” Cuomo said of the misrepresentations in court by the Trump administration. “They lied, they admitted they lied. Can you allow this blatant egregious misconduct to go uninvestigated?”

Senate Minority Leader Chuck Schumer (D-NY) on Friday called for the Homeland Security inspector general to investigate the issue for any “potential criminal violations” as well as any role by President Donald Trump.

“Lying to a federal court is a very serious matter and there must be accountability for the persons involved,” Schumer stated in his letter to DHS.

Homeland Security did not immediately respond to requests for comment.

New York State had sued the Trump administration for blocking frequent flyers from the Trusted Traveler and Global Entry programs. The federal ban came after the state last year refused to provide information from its driver’s license database that federal immigration enforcers could use to find immigrants who entered the country without proper documentation.

Federal officials had argued that New York was the only state to have denied certain driver’s license information required by the U.S. Homeland Security Department. However, the U.S. Attorney’s Office told the court on Tuesday that California and the District of Columbia had also denied the information, but that the federal department had singled out New York.

On July 17, the Department of Homeland Security told the U.S. Attorney’s Office in Manhattan that its assertions that New York acted alone “are inaccurate in some instances and give the wrong impression in others,” according the letter to the court.

Strauss then apologized: “Defendants respectfully request that the court accept this letter to correct the record, and permit them to withdraw their motions to dismiss and for summary judgment, along with all briefs and declarations submitted in support of those motions. The acting secretary of Homeland Security has decided to restore New York residents’ access to the Trusted Traveler Programs, effective immediately.”

Federal officials had argued that New York State denied some personal identification information from driver’s licenses of applicants that were needed to accept or renew a participant in the Trusted Traveler Program. That personal information including “driving related criminal histories” was denied to federal authorities under the state’s Green Light Law, effective in December, which allowed immigrants without proper documentation to obtain driver’s licenses.

Cuomo had repeatedly said he wouldn’t provide the information that immigration enforcement agencies could use to find and arrest immigrants who had entered the country without proper documents.

The U.S. Department of Homeland Security, however, made no mention of its erroneous assertions in its announcement about ending the case. Instead, DHS said the state compromised and provided enough data needed to operate the Trusted Traveler Program.

Feds lift ban on NYers in traveler programsHomeland Security accepts Cuomo compromise on what data will be shared.

Freeport teen who won vaccine scholarship welcomes the boost
Maverick federal Judge Jack B. Weinstein dies at 99
1:49
Not all are ready to drop safety measures despite NY reopening
Murder, auto theft increased in 2020 amid pandemic
How to get a COVID-19 vaccine appointment
Jones Beach fireworks celebrates 70% vaccination rate
Didn’t find what you were looking for?