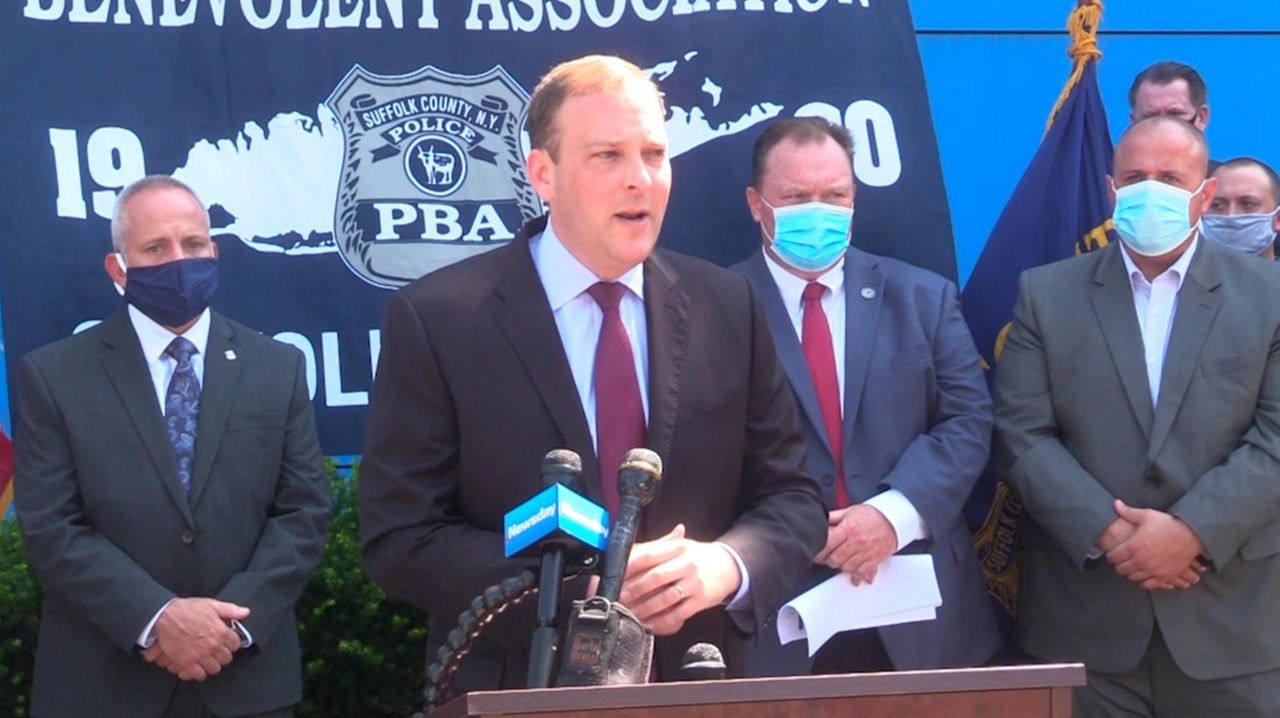 Zeldin (R-Shirley) was one of five potential candidates to address a meeting of Republican county-level leaders across New York. The GOP has its best chance ever to unseat the scandal-scarred Cuomo, who is facing an impeachment investigation and several other probes, the candidates said.

"We are living through his final chapter in elected office," Zeldin said of the three-term Democratic governor. "He’s done. Andrew Cuomo is finished."

The congressman so far has said he’s only considering a gubernatorial run. But he sounded like a candidate Monday.

He said he’s raised $2.5 million since announcing his potential bid earlier this month. He’s doing an upstate tour to woo Republican leaders and phoned leaders in all 62 counties.

Zeldin brushed off the idea that being a prominent supporter of former President Donald Trump and opposing abortion rights could doom a Republican in a heavily Democratic state.

He said the "real issues" people are talking about are "their wallets," schools and "the continuing embarrassing scandals in Albany."

Former Westchester County Executive Rob Astorino said that unlike his 2014 run against Cuomo, national and state Senate Republicans won’t be "in bed with Andrew Cuomo" in 2022. Many notable Republicans refused to endorse Astorino as Cuomo was completing a popular first term.

But even if the Democratic candidate isn’t Cuomo, voters are ready to reject one-party rule in Albany, he said — Democrats hold every lever of power in state government.

Astorino, who isn’t as aligned with Trump as Zeldin has been, contended he would be the "best candidate for a general election."

Astornino also lost his state Senate bid last fall in his home county. But he contended he outperformed Trump, who lost the county by nearly 40 percentage points, and tying Republicans to Trump won't be as effective next year.

"We're 'AT' — after Trump," Astorino said. "I think we're going to get a better look from people."

Molinaro, who has been critical of Cuomo's pandemic management, told reporters he would bring "competence" to the executive mansion and would bring "real solutions" to "driving down property taxes, confronting poverty and making sure the education system works."