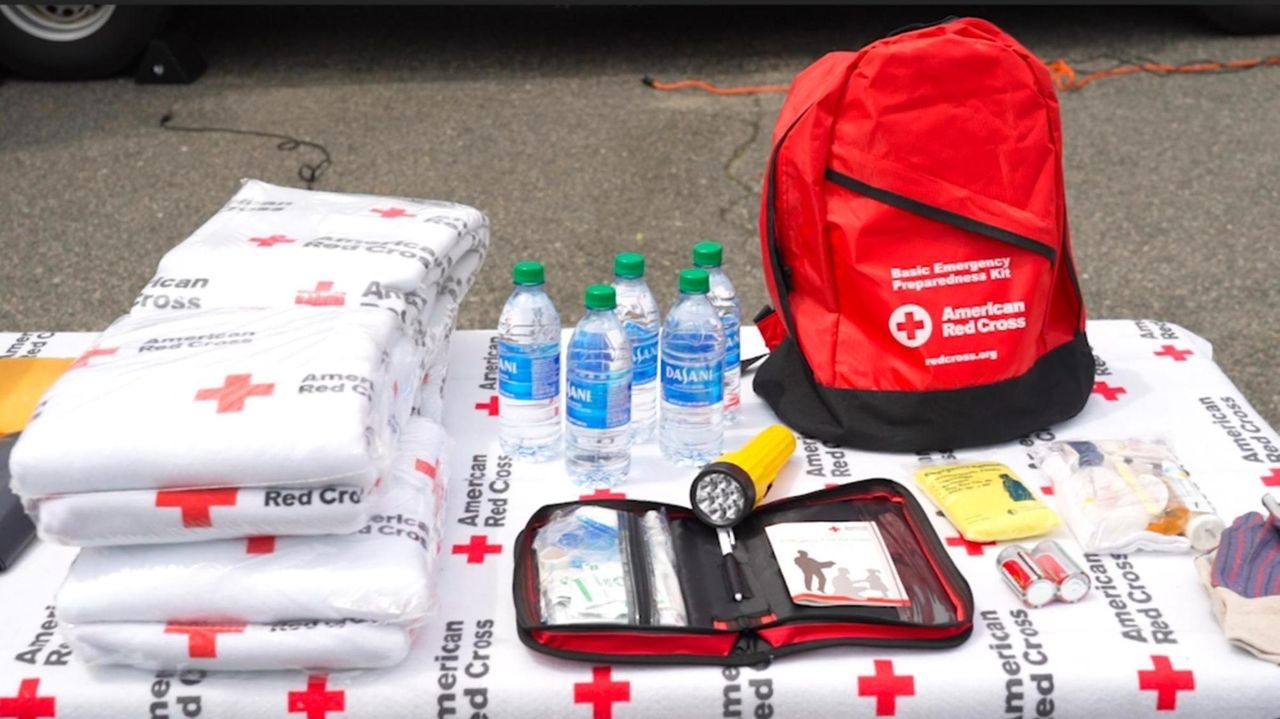 On Tuesday, Nassau County Executive Laura Curran warned Long Island of an above-normal hurricane season and urged residents to take steps to prepare for the next storm. Credit: Corey Sipkin

With Long Island bracing for an above-normal hurricane season, lawmakers and emergency preparedness experts are urging residents to take steps to get ready for the next storm.

"As we enter what is expected to be another active hurricane season we want to remind our neighbors that now is the time to create or update a family preparedness plan," said Joe Spaccarelli, interim chief executive of American Red Cross on Long Island during a news conference in Mineola on Tuesday, the start of the hurricane season. "Long Islanders know all too well it only takes one storm to seriously disrupt our lives."

The National Oceanic and Atmospheric Administration predicts 6 to 10 hurricanes forming in the Atlantic Ocean with winds of 74 mph or higher, less than 2020's total of 14 but exceeding the typical season with only three major storms of winds 110 mph or higher. There is also 70% probability that 13 to 20 named storms will arise, with top winds of at least 39 mph, according to NOAA.

"You don't know what Mother Nature is going to wallop at us so we want to be as prepared as possible," said Nassau County Executive Laura Curran.

Last year's hurricane season set records with 30 named storms and the highest number of billion-dollar disasters to strike the country in a single year. Storms were so frequent last year that forecasters ran out of names and began using the Greek alphabet.

On Long Island, Tropical Storm Isaias devastated the region in August, leaving more than 535,000 customers with some 645,000 power outages.

John O'Connell, vice president of transmission and distribution at PSEG Long Island, said the utility has been "working aggressively to update our systems and processes and we are ready for this year's storm season."

Emergency officials recommend that, in the event of a storm, families create an evacuation plan and build an emergency kit with critical items such as water, medications, a flashlight, important papers and a battery-powered radio.

"Know what you're going to do when disaster strikes," said Terence O'Leary, executive deputy commissioner of the State Division of Homeland Security and Emergency Services. "Don't decide and try to make a plan then. You have to be ready beforehand."

Prepping for the Big One

To prepare for a hurricane, experts say:

• Create an evacuation plan if you are separated from your family during and emergency and have to evacuate.

• Learn how local officials will contact you during a disaster and how you will get important information such as evacuation orders.

More people have died of COVID-19 in NY than state publicly reports, fed data shows
4:47
Pressure mounting for Gov. Cuomo to resign as Jacobs, allies abandon him
Curran seeks AG opinion on change to Human Rights Law
2:18
Marist poll: 59% of NYers say Cuomo should resign
2:22
Number of COVID-19 patients in LI hospitals on rise
Devout LIer who taught his children that nothing was unattainable, dies at 88
Didn’t find what you were looking for?