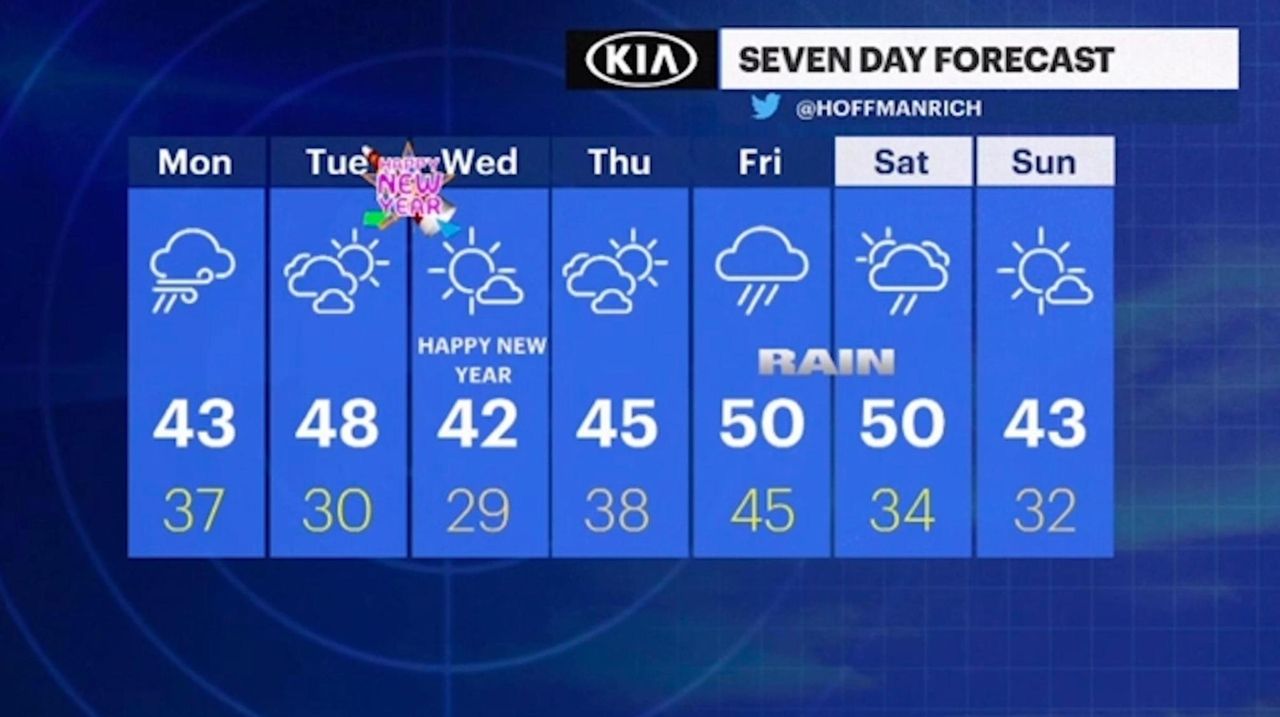 That's what's in store for us Monday in Nassau and Suffolk counties, the National Weather Service said.

The rain figures to just be an annoyance, with less than an inch expected, all told. But the weather service said thunderstorms are possible after 1 p.m., while a coastal flood advisory is in effect for the afternoon, with forecasters citing potential flooding "in vulnerable areas near the waterfront and shoreline."

Not only will the North Shore in Nassau and Suffolk be at risk in the afternoon, but the weather service also warned that flooding is possible along the South Shore between 9 a.m. and noon Monday.

"Shallow flooding is expected in the more vulnerable locations near the waterfront and shoreline," the weather service said in a coastal flood watch statement issued at 4:23 a.m. Monday, adding: "Some roads and low lying properties including parking lots, parks, lawns, and homes and businesses with basements near the waterfront will experience shallow flooding." The weather service also advised drivers from attempting to traverse flooded roadways.

As for wind? The weather service has issued a gale warning for the Long Island Sound, as well as all South Shore inlets and bays, and said that will remain in effect until at least 1 a.m. Tuesday. Winds estimated to be between 20-30 knots with gusts up to 40 knots — that's 23-34.5 mph, with gusts up to 46 mph — are expected, as are seas of 7-12 feet in ocean waters, the weather service said.

"Strong winds will cause hazardous seas which could capsize or damage vessels and reduce visibility," the weather service said in a statement, adding: "Mariners should alter plans to avoid these hazardous conditions. Remain in port, seek safe harbor, alter course, and/or secure the vessel for severe conditions."

The good news? Moderate temperatures are expected all week, with a high of 45 degrees expected Monday and an overnight low of just 39 degrees going into Tuesday. And forecasters are calling for "decreasing clouds" Tuesday, with highs near 50 expected.

The low New Year's Eve night is expected to be right around freezing, with gusting winds and cloudy skies. But the forecast is calling for sunny skies on New Year's Day, with a high of 43 degrees expected, the weather service said.