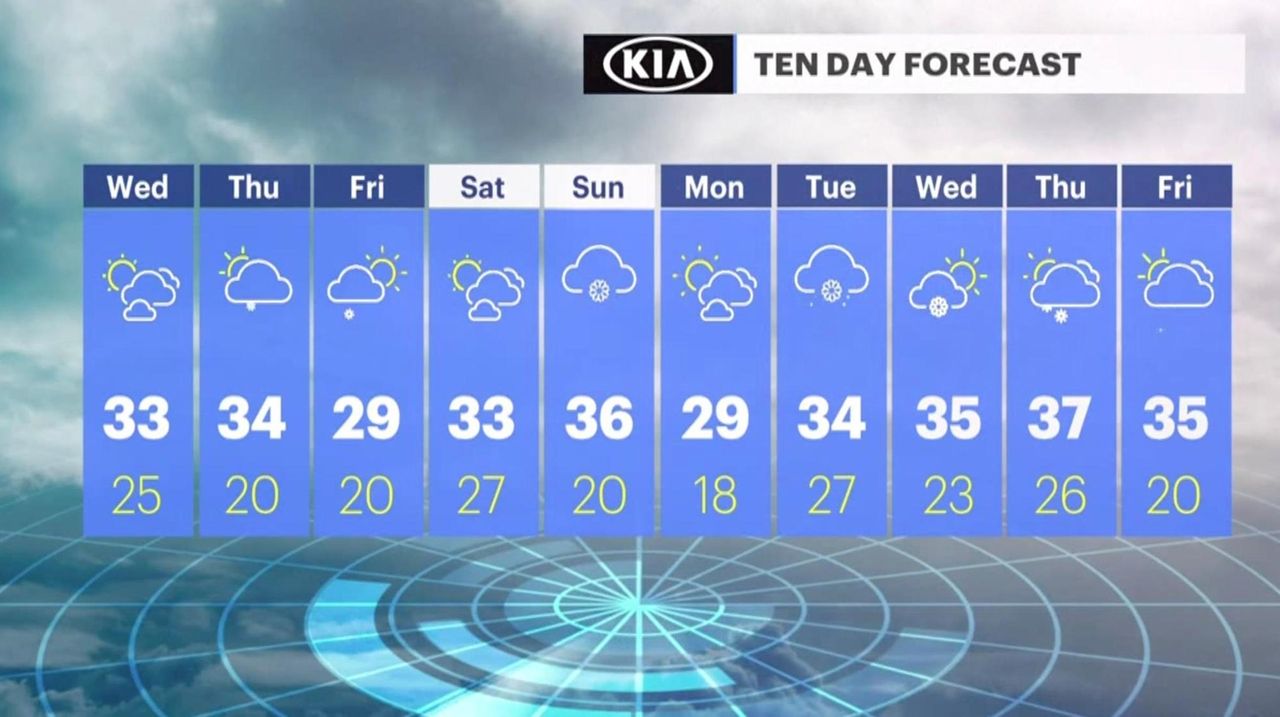 Long Island will get yet another round of snow — this time about 2 to 3 inches — overnight and into Thursday as another low pressure system drifts through the region, the National Weather Service said. Credit: News 12 Long Island

Long Island will get yet another round of snow — this time about 2 to 3 inches — overnight and into Thursday as another low pressure system drifts through the region, the National Weather Service said.

In a briefing Wednesday afternoon, the weather service said the snow should fall overnight and impact the Thursday morning commute, overspreading the area from west to east.

The snow is expected to be light and powdery and, as always, if the track of the storm veers significantly from its predicted track, there could be more or less snow on the ground, the briefing said.

The next few days reveal February remains stuck in a pattern of alternating fair and stormy weather.

After Thursday's snow, the sunshine should gradually appear, helping to raise the high to just above freezing, though once again, brace for a wind chill of 15 to 25 degrees at night.

Brace for the cold: the nighttime low could fall to 18 degrees, for a wind chill of 10 to 15 degrees, and there could be scattered flurries between 1 a.m. and 4 a.m., the weather service said.

Flurries are also predicted for Friday, when the daytime high will be 29 degrees.

A sunny Saturday should see temperatures hit freezing before snow and sleet may develop that night. Odds of precipitation are 50%.

"The pattern favors some kind of a precipitation event, but the details remain uncertain," the weather service said.

After a possibly wet Sunday, when a high of 36 degrees is forecast, Monday should offer fine weather with a high near 29 degrees after a cold night.

Yet another snowstorm may arrive Tuesday but the weather service says its clashing prediction systems are not offering clear guidance.

"There is a wide spread in the models," the weather service said.

Highs are expected to be in the low 30s Tuesday, the weather service said.