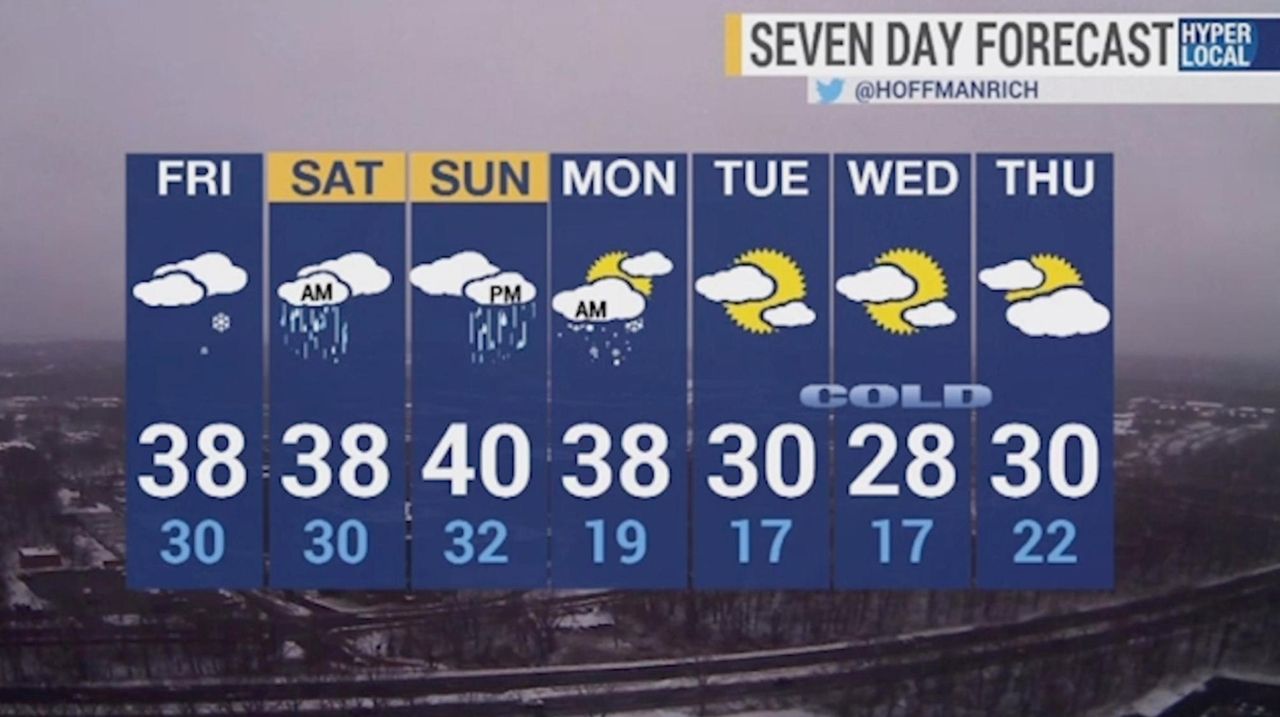 A winter weather advisory was in effect until noon Saturday for Nassau and Suffolk counties, with snow and sleet expected, the National Weather Service said. Accumulations of 1 to 4 inches were forecast, with the higher amounts more likely to the west and closer to the North Shore.

The weather service said to plan for slippery road conditions.

The first day of March, having started with an early morning dash of snow, also opened the door to another system late Sunday into Monday, forecasters said.

Areas along the South Shore were more likely to see sleet mixing in, with more potential for higher accumulations in areas north of the Long Island Expressway, Morrin said.

Precipitation should start tapering off Saturday after 8 a.m. or so, Morrin said, with it possibly lingering through midmorning on the East End.

Cloudy, windy and chilly conditions were predicted for later Saturday with temperatures expected to head into the upper 30s, the weather service said.

Skies were to stay dry overnight into Sunday afternoon before another system impacts the area late Sunday into Monday morning.

That storm will be packing more moisture than Friday night's, Morrin said, but the key will be determining just where colder air will stay in place — the difference between more snow and more rain. Though there was potential for “significant snow accumulations” across part of the region, a mix of snow, sleet and rain was looking more likely as of the Friday afternoon forecast, the weather service said.

At that time, the thinking was for a coating to 4 inches, but a storm track farther offshore would mean colder temperatures — and hence, more snow.