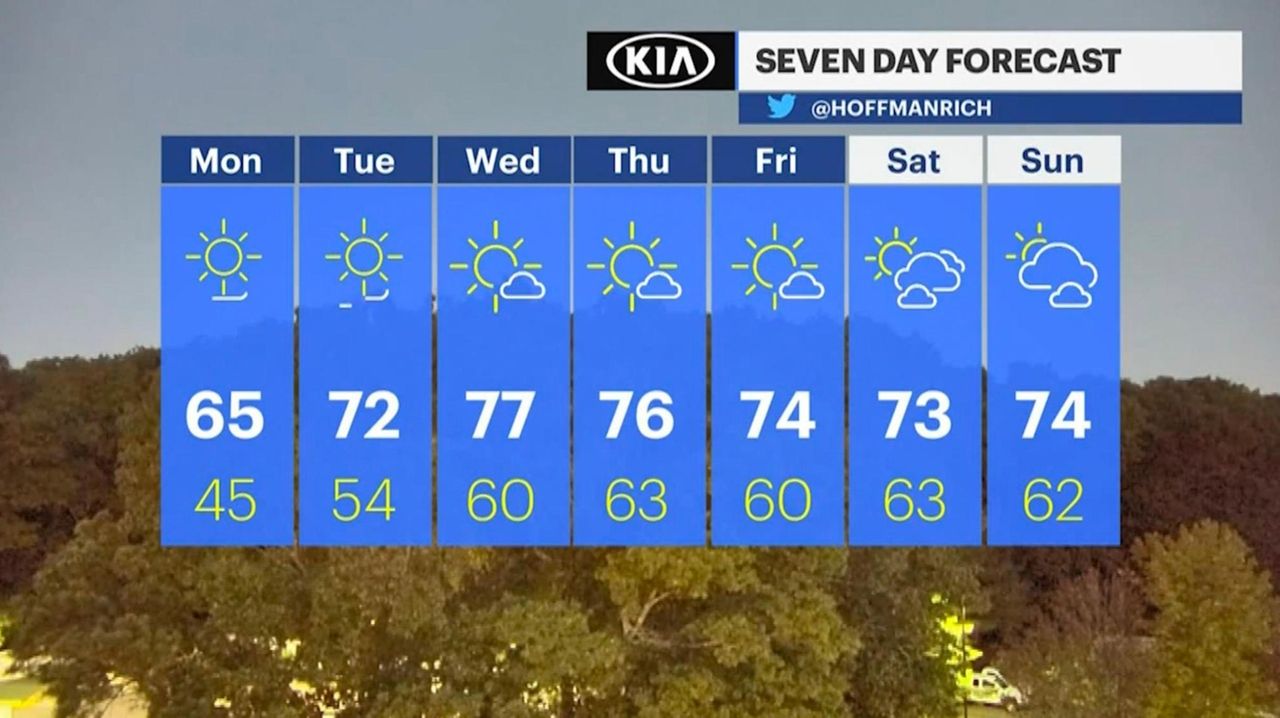 According to the National Weather Service, Monday is going to be sunny and clear with a high of just 65 degrees and with overnight temperatures dipping into the 40s. News 12 Long Island meteorologist Rich Hoffman has the forecast. Credit: News 12 Long Island

It sure feels like fall arrived early, with overnight temperatures dipping into the 40s and a high of just 65 degrees expected Monday, according to the National Weather Service.

The official start of fall 2020 is Tuesday.

On the bright side, forecasters are predicting clear, crisp weather throughout the week — with daily temperatures Tuesday through Sunday in the 70s and overnight lows in the upper 50s and low 60-degree range. There is, however, a coastal flood advisory in effect for the South Shore of Nassau County and Queens from 11 a.m. Monday through 3 p.m., as well as a high surf advisory and rip current risk for the entire South Shore in effect until 8 p.m. Tuesday.

There’s also a small craft advisory in effect for all Atlantic Ocean waters along the South Shore, through 6 p.m. Wednesday, the weather service said.

The weather service said seas of 7-10 feet are expected — and warned inexperienced mariners should not operate smaller vessels under such conditions.

The other advisories warn of large, breaking waves of between 4-7 feet in the so-called surf zone. Those waves may also cause dangerous rip currents, the weather service said.

"Significant to widespread erosion and damage to dune structures is expected," the weather service said, "with scattered overfishes resulting in minor to moderate flooding of roadways and vulnerable structures behind protective dunes."

Some coastal flooding along the Long Island Sound also may be possible Monday and the weather service has issued a coastal flood statement covering the North Shore, warning that some low-lying waterfront and shoreline areas could be vulnerable to "isolated minor coastal flooding" during high tides on Monday. Impacts are considered minimal, however.