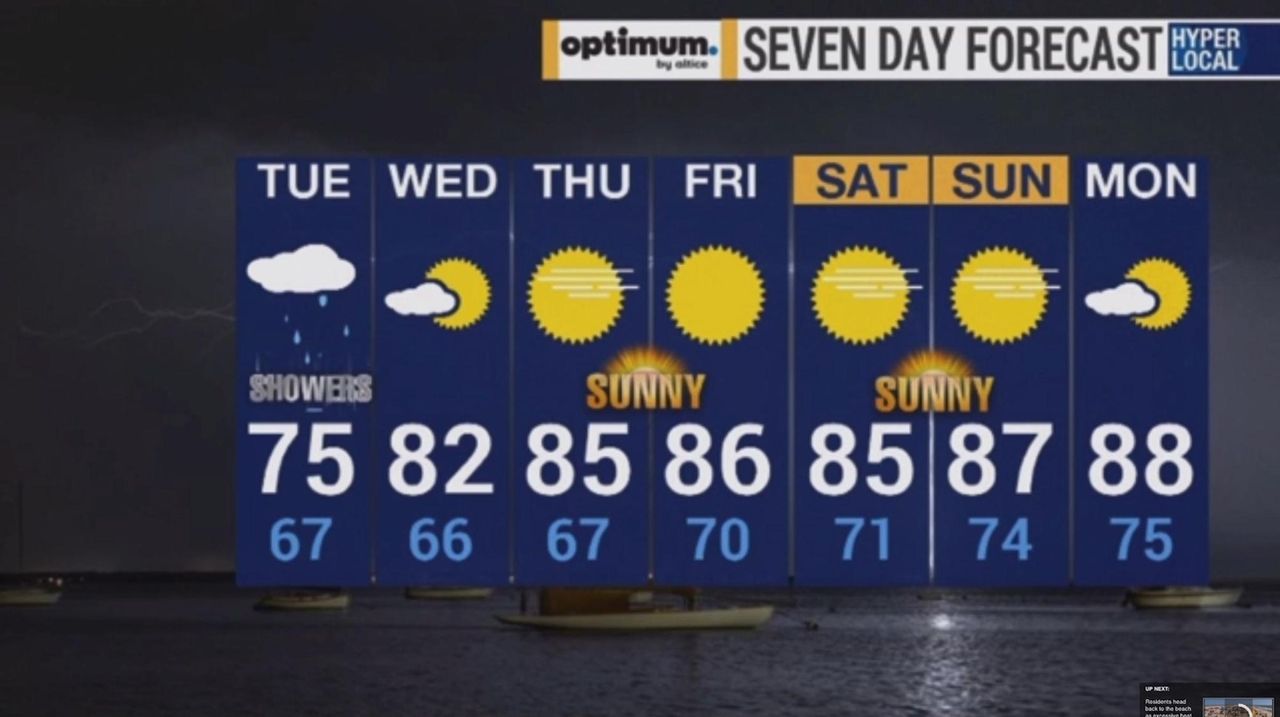 LIRR officials said service on the 6:17 p.m. train from Jamaica to Montauk was delayed after a tree fell on the tracks west of Speonk, while several trains were canceled. LIRR customers posted videos on Twitter that showed rain water coming through the ceilings and windows of trains. The LIRR said some trains experienced delays of more than an hour due to weather-related switch and signal problems or congestion.

No other reports of damage or storm-related injuries were reported, said officials with the Nassau and Suffolk police departments.

More than 27,7000 PSEG Long Island customers were affected by power outages late Monday, according to Elizabeth Flagler, a spokeswoman for the utility. A “robust workforce” would be on through the night and into Tuesday to identify problems and restore power to affected customers, Flagler said.

Service was restored to more than 15,000 customers by 10 p.m., Flagler said, and PSEG crews continued to work through the night to restore power.

A spokeswoman for Altice said cable television service was disrupted in parts of Long Island  by the severe weather.

News12 Long Island went off the air about 8:30 p.m. amid the thunderstorms that included multiple bursts of lightning in several areas. News12 representatives said technicians were working to get the station back on the air but it was not clear whether it was weather that caused the outage. The station, which was simulcast on Optimum channel 61 while channel 12 was down, returned to the air about 10:45 p.m.

The severe weather was expected to taper off after 10 p.m. Monday, but thunderstorms were forecast to continue into Tuesday’s morning rush hour.

The National Weather Service issued flash flood warnings early Monday evening for Nassau County until 8:45 p.m. A second flash flood warning went out for Suffolk until just after 10 p.m. Sporadic flooding slowed traffic on roadways in both counties, but no major damage was reported.

As of 8 p.m., Northport had recorded the most rainfall in Suffolk, with 2.43 inches. In Nassau, Syosset topped the list with 2.70 inches of rain by about 8 p.m., according to the weather service.

More showers and possible thunderstorms were expected to continue overnight and through about 3 p.m. Tuesday, with a chance of showers in late afternoon. Tuesday’s high will be 75 degrees.