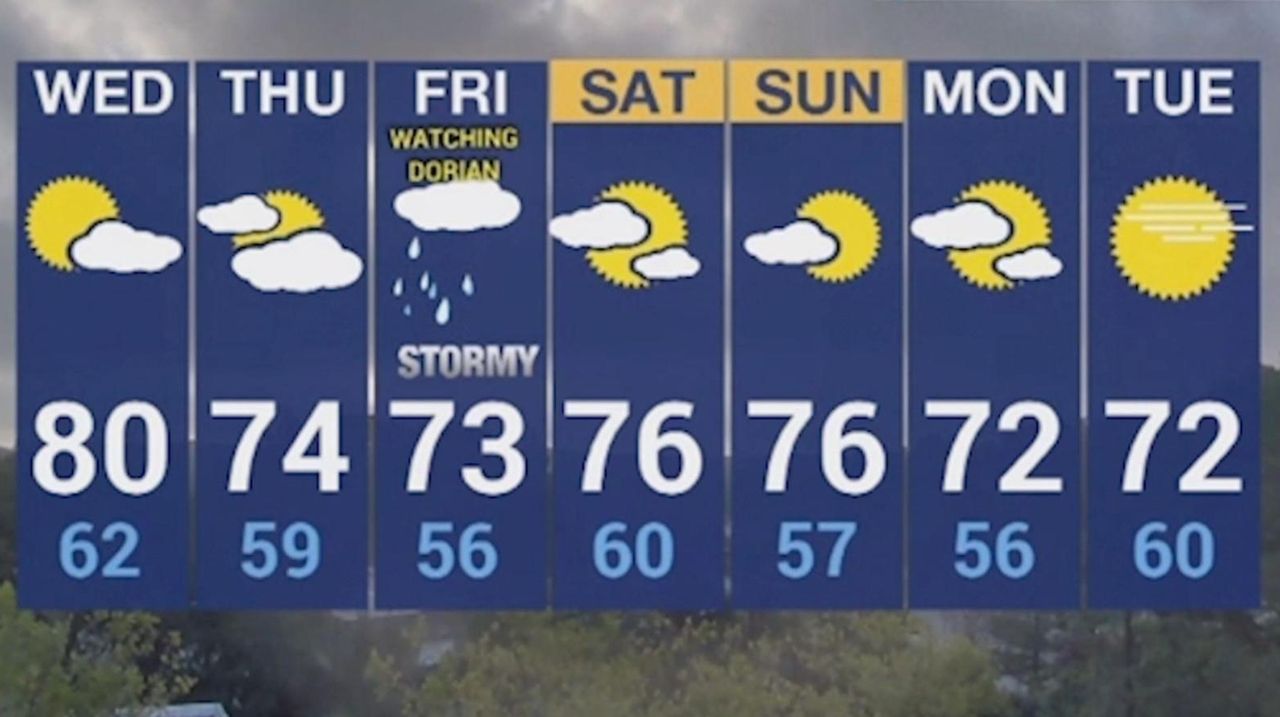 Long Island faces a slight risk of severe thunderstorms on Wednesday afternoon, along with damaging winds, hail, and just possibly, another isolated tornado, according to the Islip-based National Weather Service. Here is News 12 meteorologist Rich Hoffman with the forecast. Credit: News 12 Long Island

A severe thunderstorm watch has been issued for Long Island until 9 p.m., according to the National Weather Service.

The weather service said there's a 40 percent chance of showers and thunderstorms after 3 p.m. Some of the storms could be severe. Wednesday afternoon is expected to be partly sunny, with a high near 80. There is a southwest wind around 18 mph, with gusts as high as 28 mph.

There is also a chance of showers and thunderstorms before midnight. Some of the storms could be severe. Wednesday night is mostly cloudy, with a low around 63.

Wednesday should be the Island's mildest day of the week, with high temperatures ascending to the upper 80s, the weather service said. "Thereafter, a cooling trend for Thursday into Friday as forecast highs Thursday reach the low to mid-70s and Friday, the forecast highs only reach the upper 60s to lower 70s."

"Friday and Friday night, there will be another chance of rain as Dorian passes well southeast of the region," the weather service said. "Winds are expected to increase and become gusty, especially over Eastern Long Island in the range of 35 to 45 mph."

Dorian's outer bands, though, will be felt across Long Island in the form of rough seas and a high risk of riptides, according to National Weather Service meteorologist Brian Ciemnecki.

"And waves, we'll feel the impact of waves as well, those you can probably feel for hundreds of miles as well" from the center of the storm, he said.

Friday's rain should stop before dawn on Saturday, and the weekend weather looks auspicious: mostly sunny on both Saturday and Sunday, with highs reaching the upper 70s, the weather service said.

Monday and Tuesday look almost the same though a few degrees cooler.