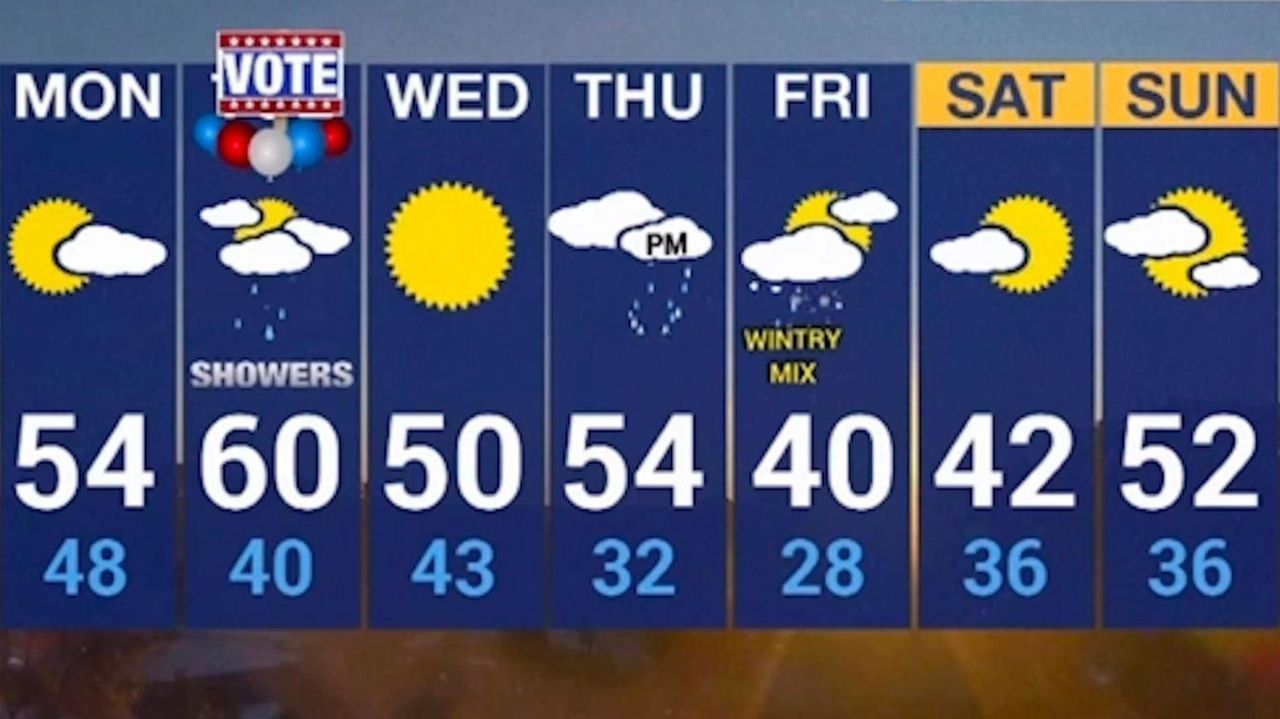 Sunny skies are expected throughout Monday, though clouds are forecast to roll in overnight into Tuesday, bringing a slight chance of showers during the day Tuesday. Later in the week, there's a chance of snow on Thursday night into Friday morning. News 12 meteorologist Rich Hoffman has the forecast. Credit: News 12 Long Island

There's a chance it could snow Thursday.

But experts at the National Weather Service in Upton urge caution, saying that as of Monday that possibility remains one big "if."

"People want to hype this because they're thinking first snow of the season," the weather service's meteorologist John Cristantello said. "But, it can be a moot point . . . It's way too far out."

The possibility of snow — or, even a sleet-snow mix — depends on what happens with the system developing in the Ohio Valley and farther South, Cristantello said.

As of late Monday morning, Cristantello said, the only sure possibility is that there's a 50-50 chance we could get rain.

Beyond that? Anyone's guess.

The weather service said that it's most likely there won't be a firm handle on if we get stormy weather — and, what that weather might bring — until Wednesday. And News 12 Long Island meteorologist Rich Hoffman said a sleet-snow mix is possible Thursday evening. He added: "The exact track of this storm will have a significant impact on the exact forecast."

Meanwhile, an early-morning "frost advisory" Monday for central Suffolk County and the North Fork was canceled at 9 a.m. and sunny skies are the call of the day, with temperatures rising from 36 degrees at 5:15 a.m. to near 50 degrees by 11 a.m.

The weather service said there's a slight chance of showers during the day Tuesday, with overnight lows Tuesday and Wednesday expected in the low 40s with the chance temperatures could dip to near freezing — and, possibly, even below freezing — late in the week.

As for that chance of snow Thursday? Forecasters are calling for a high Friday of just 40 degrees, with highs in the low 40s expected Saturday before temperatures soar back into the low 50s on Sunday.

Remember that freak snowstorm last November? It wasn't the only one.From a deflated Snoopy to 100-mph gale force winds, November can be more of a doozy than you'd expect. Check the 7-day forecast for LISee how the weather's looking for your area for the days ahead.