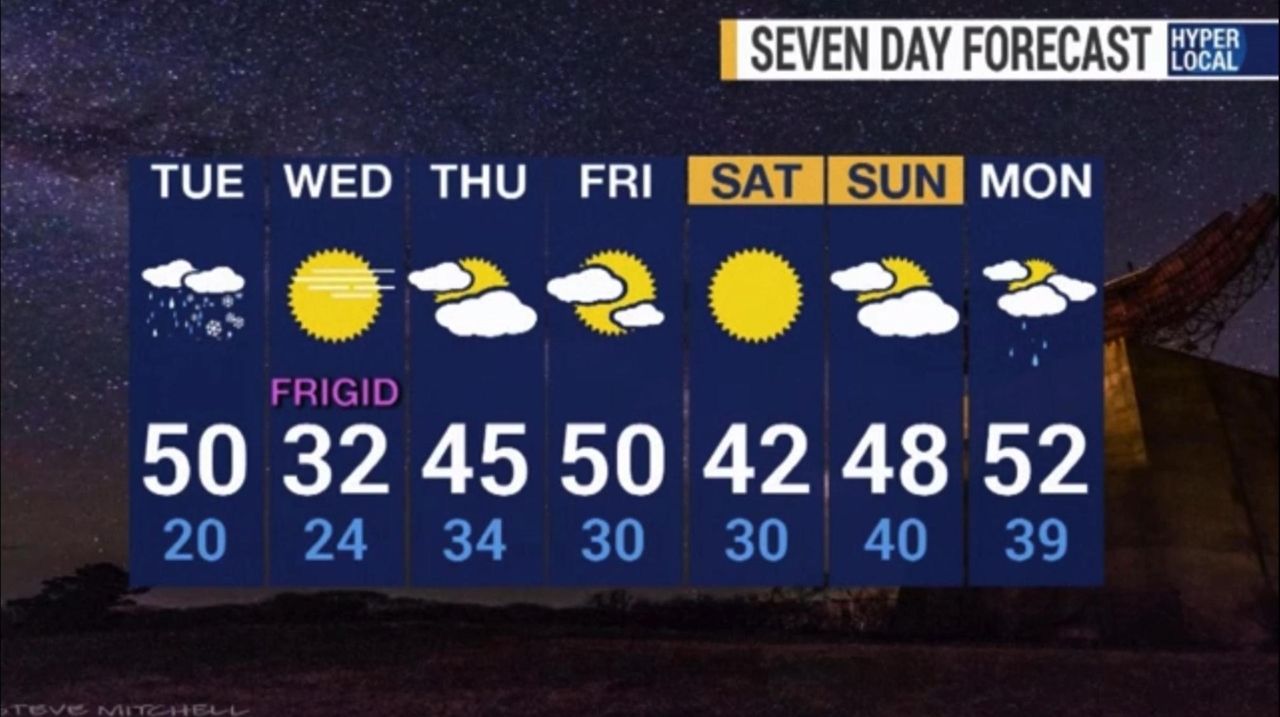 Forecasters are calling for a high of 59 degrees Monday, Veterans Day, but said there's a 70 percent chance of rain Tuesday — with temperatures falling fast throughout the afternoon. Snow is possible Tuesday. News 12 meteorologist Samantha Augeri has the forecast. Credit: News 12 Long Island

The Tuesday morning commute will come with wind, falling temperatures and rain that could turn into a mix of rain and snow before the skies clear when a bone-chilling cold front passes through by late afternoon, the National Weather Service said Monday evening.

Early morning highs on Long Island should be in the lower 40s before falling to about 34 by 5 p.m.

Winds could gust as high as 26 mph Tuesday and the chance of precipitation is 70% although little or no snow is expected to stick, the weather service said.

“It’s gonna be a non event from the standpoint of impact. It’s just gonna get cold. Don’t expect any travel impact,” Jay Engle, a forecaster with the service said Monday.

Tuesday night the low is expected to plummet to about 21 with wind chill values between 10 and 20.

The lowest recorded temperature for Nov. 12 at Islip-MacArthur Airport since 1963, when records were first kept, is 25 degrees — in 2001.

Wednesday is expected to have a high near 33, with the low Wednesday night around 24.

Saturday and Sunday should have mostly clear skies until Sunday night when there is a 30% chance of rain, the weather service said.