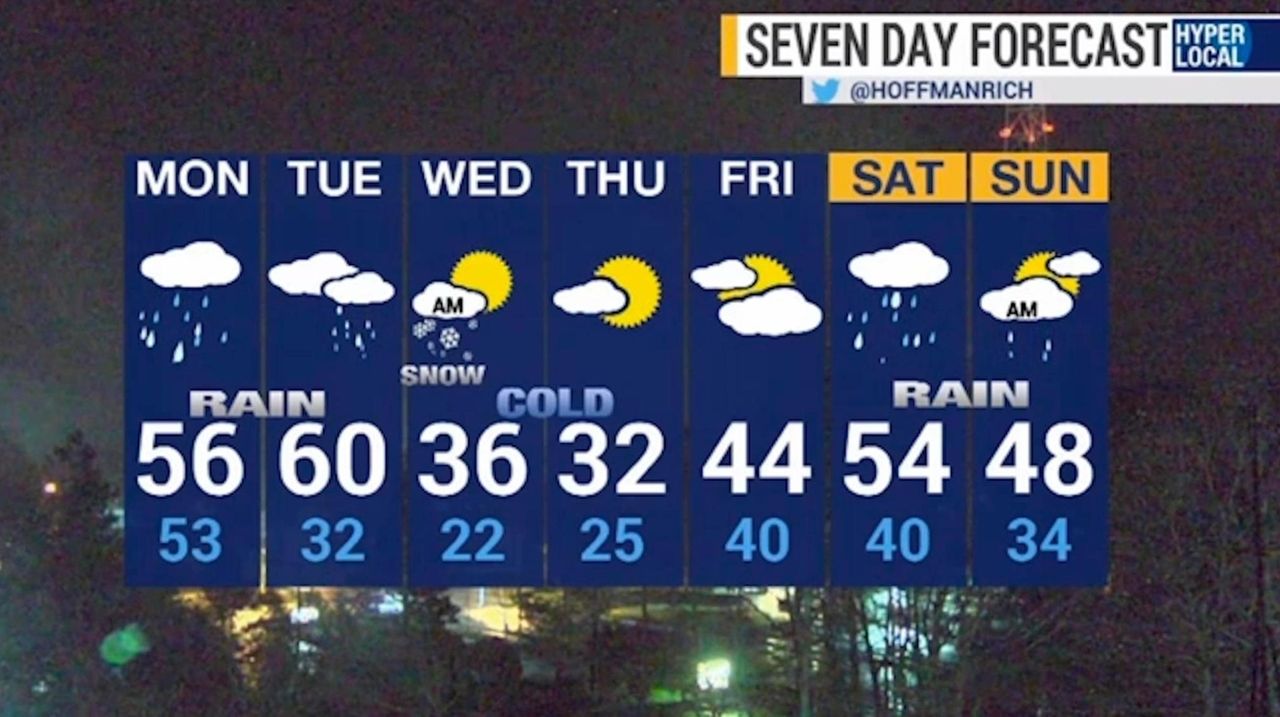 Long Islanders will need both umbrellas and heavy winter coats this week because rain is expected to turn to snow midweek. News 12 meteorologist Samantha Augeri has the forecast. Credit: News 12 Long Island

Long Islanders will need both umbrellas and heavy winter coats this week because rain is expected to turn to snow midweek, according to forecasters with the National Weather Service.

About 1.3 inches of rain had accumulated at Long Island MacArthur Airport in Islip by 8 p.m. Monday. About another inch was expected to fall on Long Island Tuesday, forecasters said.

Tuesday's high, much like Monday, is expected to at least hit the mid-50s. However, temperatures will substantially dip come Tuesday night, falling to about 32 degrees. Snow is expected to begin falling Wednesday about 6 a.m. and will continue through the early afternoon. Between 2 and 3 inches is expected Wednesday, forecasters said.

Highs are expected only in the lower 30s on Thursday.