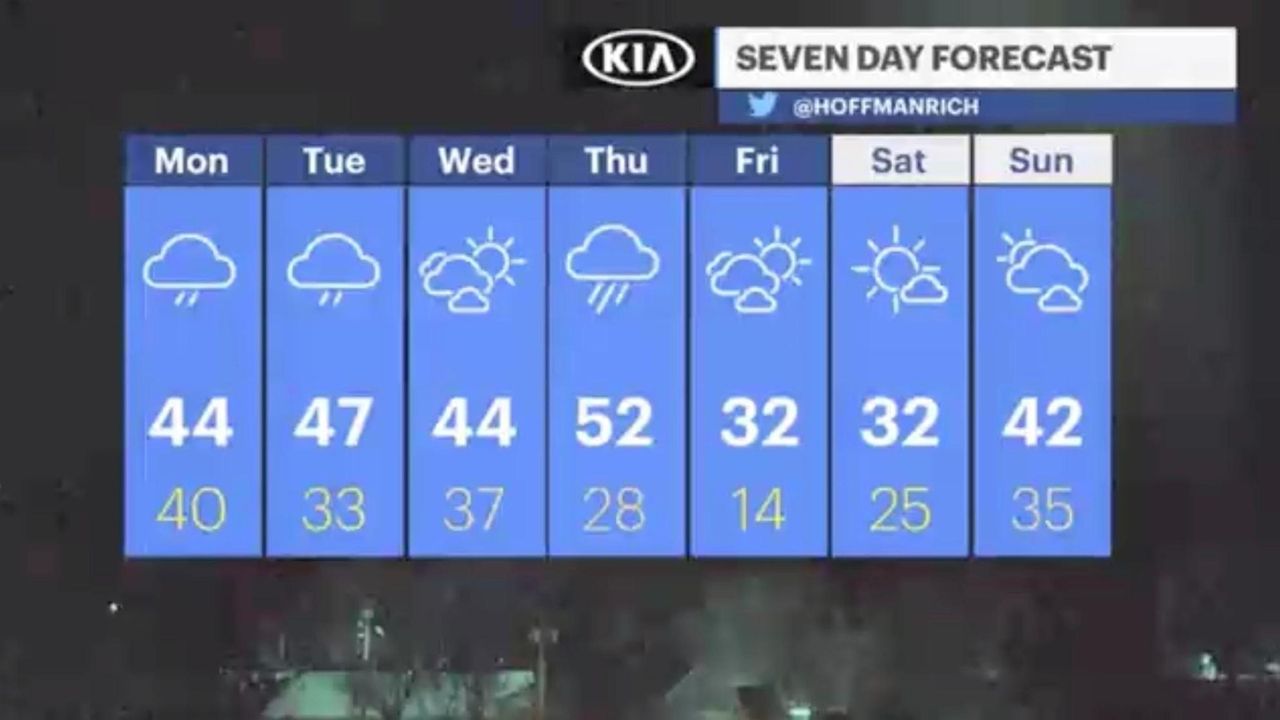 A cold front coming in from the west is bringing us "soggy conditions" as the result of light rain and gusting winds, the National Weather Service said. News 12 meteorologist Rich Hoffman has the Monday forecast. Credit: News 12 Long Island

But Tuesday will bring clearing skies as evening falls, the weather service said.

"High pressure clears skies and brings cooler, more seasonable lows and gusty winds for Tuesday night," the service said in its regional summary. "Another frontal system will approach the area and increase cloud
cover on Wednesday. Precipitation will return Wednesday night into Thursday, with a wintry mix inland and rain near the coast."

Overnight lows in the mid-to-upper 30s are in the works for Tuesday into Wednesday and Wednesday into Thursday, but the weather service is calling for a high of 50 degrees Thursday.

Along with more rain.

But then, temperatures are expected to change dramatically Thursday night into Friday, when frigid weather arrives.

The weather service is calling for an overnight low of just 20 degrees overnight into Friday and a high of just 29 degrees during the day Friday.

Meanwhile, a small craft advisory was in effect Monday until 6 p.m. for the Long Island Sound east of Port Jefferson, as well as all South Shore bays and inlets from Jones Inlet out through Shinnecock Bay, with the advisory in effect to Montauk Point until 6 a.m. Tuesday.