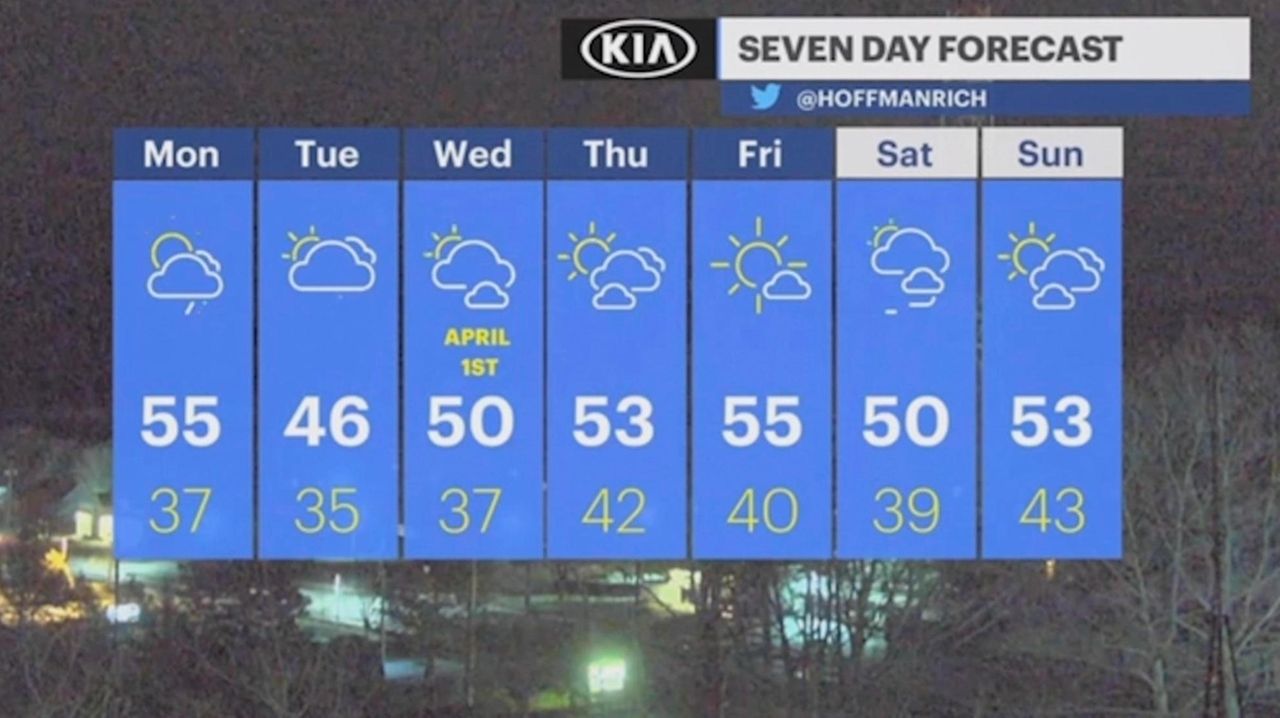 The National Weather Service said overcast skies and showers are in the forecast for both Monday and Tuesday and sunny skies aren’t on tap for Long Island until Wednesday, April 1. News 12 meteorologist Rich Hoffman has the forecast. Credit: News 12 Long Island

April is just around the corner, though it seems March wants to get a little rain for May flowers in before then, with overcast skies and showers in the forecast for both Monday and Tuesday.

The National Weather Service said while the chances are only about 40% for Monday and 20% for Tuesday, sunny skies aren’t on tap for Long Island until Wednesday, April 1, and that’s no joke. Sunny skies also are in the forecast for the rest of the week, though temperatures are expected only in the upper 40s on Wednesday and in the mid-50s for Thursday through Sunday.

For Monday, the weather service is predicting  a high temperature in the low 50s.

At least, if you’re able, the midweek and late-week weather forecast could afford opportunities to get out of the house, maybe even go for a walk, a run, a bike ride — as long as you practice social distancing, given the circumstances.