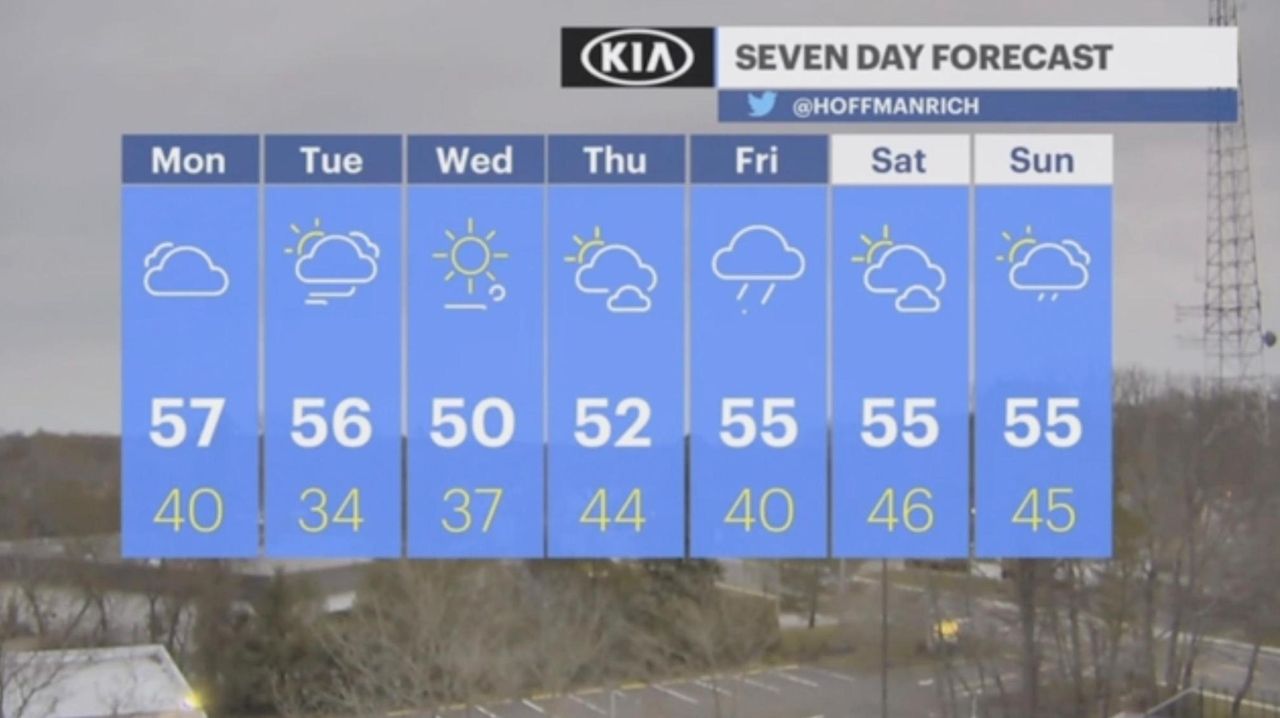 The National Weather Service said Monday will be 54 degrees and overcast before dawn then skies will gradually clear through the morning and afternoon before becoming mostly sunny. News 12 meteorologist Rich Hoffman has the forecast. Credit: News 12 Long Island

A fast moving line of scattered showers and thunderstorms is expected to move through the tristate area Tuesday afternoon, bringing damaging wind gusts that could last into Wednesday, the National Weather Service said Monday.

There is a wind advisory issued from 5 p.m. Tuesday to 2 a.m. Wednesday for the region.

The storms are expected after 3 p.m. Tuesday. Tuesday night will see blustery temperatures with a low of 31 in some places and wind chills of between 20 and  30 degrees, the weather service said.

All of which brings us back to clear and sunny skies Wednesday, when highs are expected right around 50 degrees, the weather service said.

But wind chill values will be between 20 and 30 early in the day and it will still be breezy with a west wind of 20 to 22 mph, and gusts as high as 33 mph, forecasters said.

It'll be sunny Thursday, too, the weather service said, before overnight rain carries through from late Thursday into Friday, which is expected to be rainy all day.

A small craft advisory is in effect for all South Shore ocean waters until 6 a.m. Tuesday, with a gale watch in effect from Fire Island Inlet east through Moriches Inlet from Tuesday morning through to Tuesday night, the weather service said.

A frost advisory also is in effect for eastern Suffolk from 10 p.m. until 8 a.m. Tuesday, with forecasters stressing that "frost could kill sensitive outdoor vegetation if left uncovered" — and warning those affected: "Take steps now to protect tender plants from the cold."