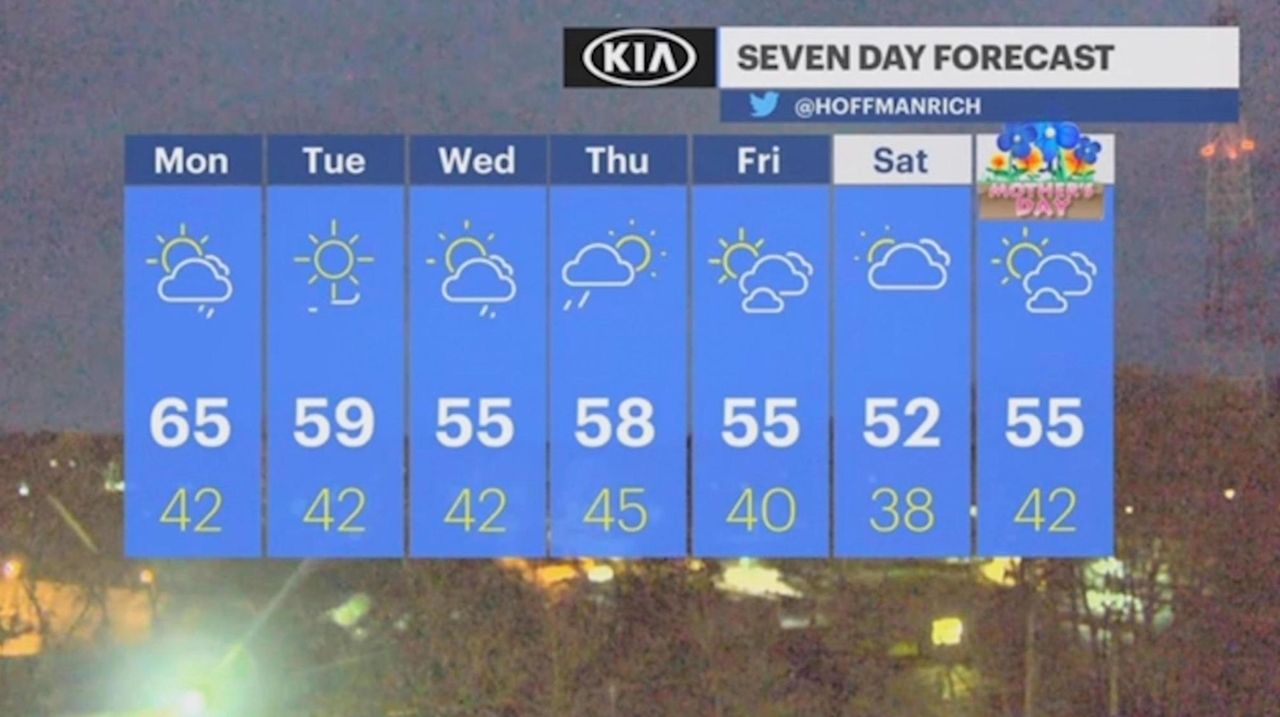 Isolated showers alternating with sunny skies are in store for Long Island on Monday, with sunny skies on tap for Tuesday before clouds and rain return Wednesday and Thursday, forecasters at the National Weather Service said. Cooler overnight temperatures, most nights in the low-to-mid 40s, also figure for Nassau and Suffolk.

Additionally, expect winds to pick up late Monday afternoon into Monday night, with gusts as high as 28 mph.

The high temperature Monday will be in the low-to-mid-60s before the temperature dives into the low 40s overnight into Tuesday.

That pattern is likely to repeat itself all week, with daily highs in the high 50s and overnight lows in the low 40s.

This week also marks Hurricane Preparedness Week — the weather service advising Long Islanders to get ready for the coming hurricane season, which runs from June 1-Nov. 30. The weather service advises you make a list of supplies and staples you might need if forced to shelter in place as well as making sure you understand evacuation routes — should that become necessary.

On average, the weather service said, 12 tropical storms emerge every season over the Atlantic, the Caribbean and the Gulf of Mexico and six of those will become hurricanes, two of those major hurricanes.