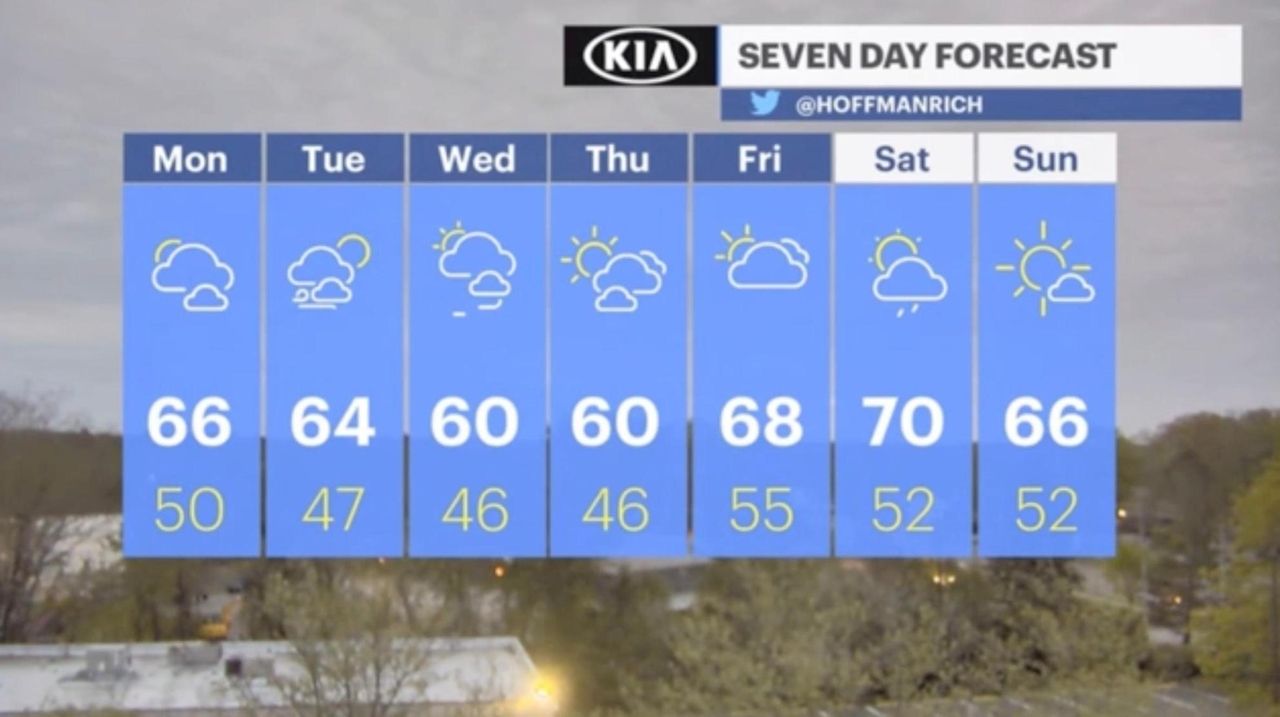 Mostly cloudy skies and high humidity are in the forecast for Monday. But sunny skies and temperatures in the low-to-mid 60s are expected for Tuesday, Wednesday and Thursday, before we face the possibility of rain Friday and Saturday, the National Weather Service said.

A high of 68 degrees is likely Monday with light winds. It will be much windier Tuesday, with winds of 17-21 mph in the forecast — and gusts as high as 32 mph possible, the weather service said.

Overnight lows during the week are expected to dip into the 40s.

A gale warning is in effect for South Shore bays from Jones Inlet to Shinnecock Bay from 6 p.m. Monday through to 6 p.m. Tuesday, as well as all ocean waters from Sandy Hook, New Jersey, to Montauk. The eastern Long Island Sound is also covered by the warning.

The weather service also issued a small craft advisory for the western Long Island Sound, starting at 6 p.m. Monday and running through 6 p.m. Tuesday. That small craft advisory also covers all South Shore waters beginning at noon Monday and running through to 6 p.m. Tuesday, with the weather service citing increasing winds and building seas as a hazard to smaller vessels and inexperienced mariners.

It’s also National Safe Boating Week and the weather service is reminding all boaters to wear life jackets and of the dangers of cold water temperatures. It advised: “Warm air doesn’t necessarily mean the water is warm,” noting that survival times are “greatly diminished” for someone immersed in waters whose temperatures are below 70 degrees. Boaters are reminded that cold water drains body heat 25 times faster than cold air.