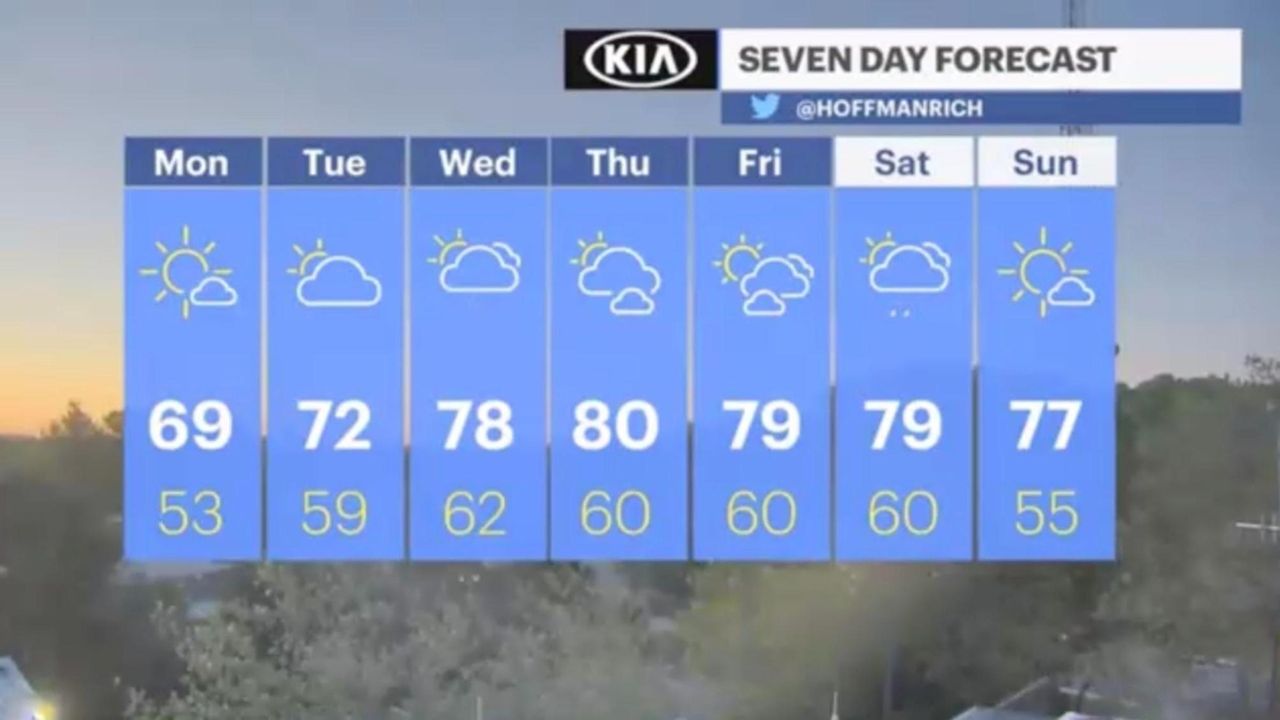 Expect increasing clouds as the day wears on Monday, but otherwise we're in for a pretty nice day all around, according to the National Weather Service.

The temperature will be right around 70 degrees with a light breeze.

And Tuesday figures to be more of the same, the weather service said, with a high of about 72 degrees.

The good news? Sunny skies are on tap for Friday — with a high of 80 degrees.

And though showers are possible Saturday, the forecast predicts that chance is slight, with a high around 80 in store for both Saturday and Sunday.

There are no weather advisories or warnings issued for Nassau or Suffolk on Monday.