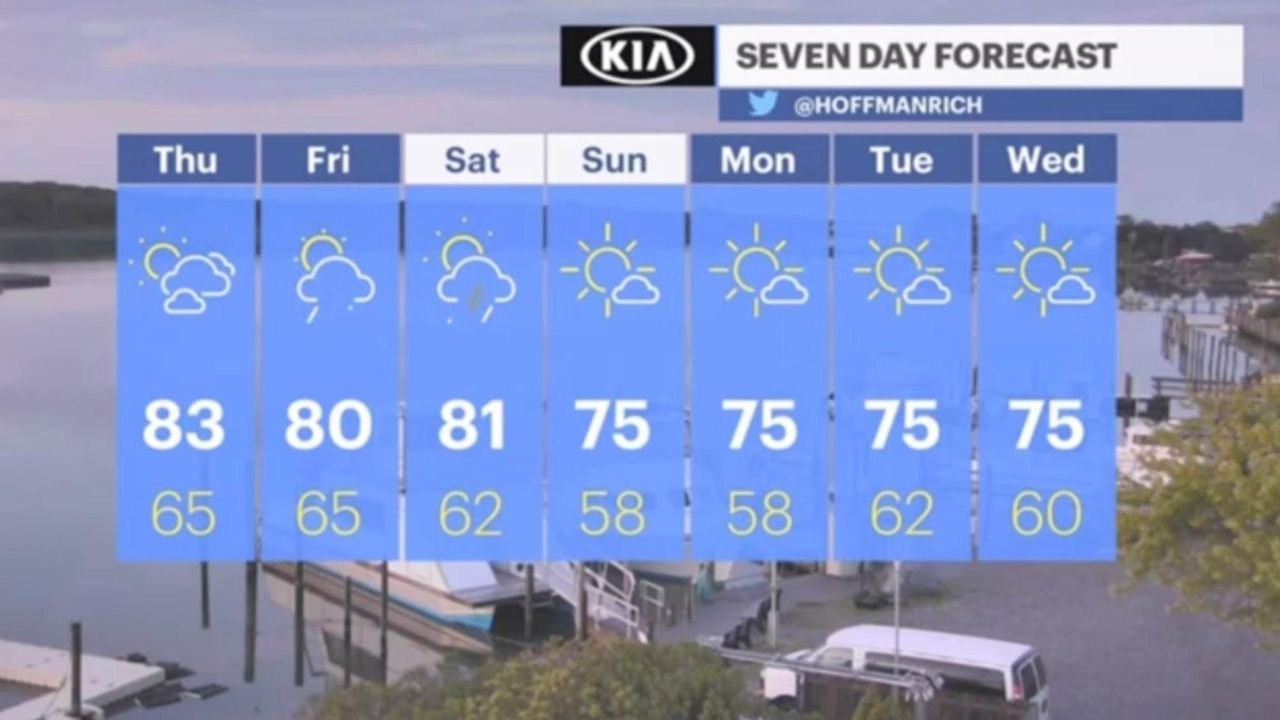 Thursday will feel like summer really and truly is on its way: the sun will blaze forth for a daytime high of 88, the Islip-based National Weather Service said.

Though the weekend also should be mostly dry, there is a 50% chance of showers Thursday night and there also may be some rain before 9 a.m. on Friday and then rain and thunderstorms are likely after 2 p.m.

Along the Atlantic coast, there is a high risk of strong rip currents through Thursday, the NWS experts said.

What they call “an upper level disturbance from the Ohio Valley” could produce the coming storms.

“The unsettled weather continues into Friday and Friday night as a cold front approaches from the west,” it said. "Expect another round of showers and thunderstorms especially during the afternoon hours.”

And temperatures will run about five degrees above normal.

The risk of Saturday showers is just 20%, the NWS said, and while it will be cloudy, the daytime high will hit 82.

After that, look for sunny skies and daytime highs in the upper 70s from Sunday all the way until to Wednesday.