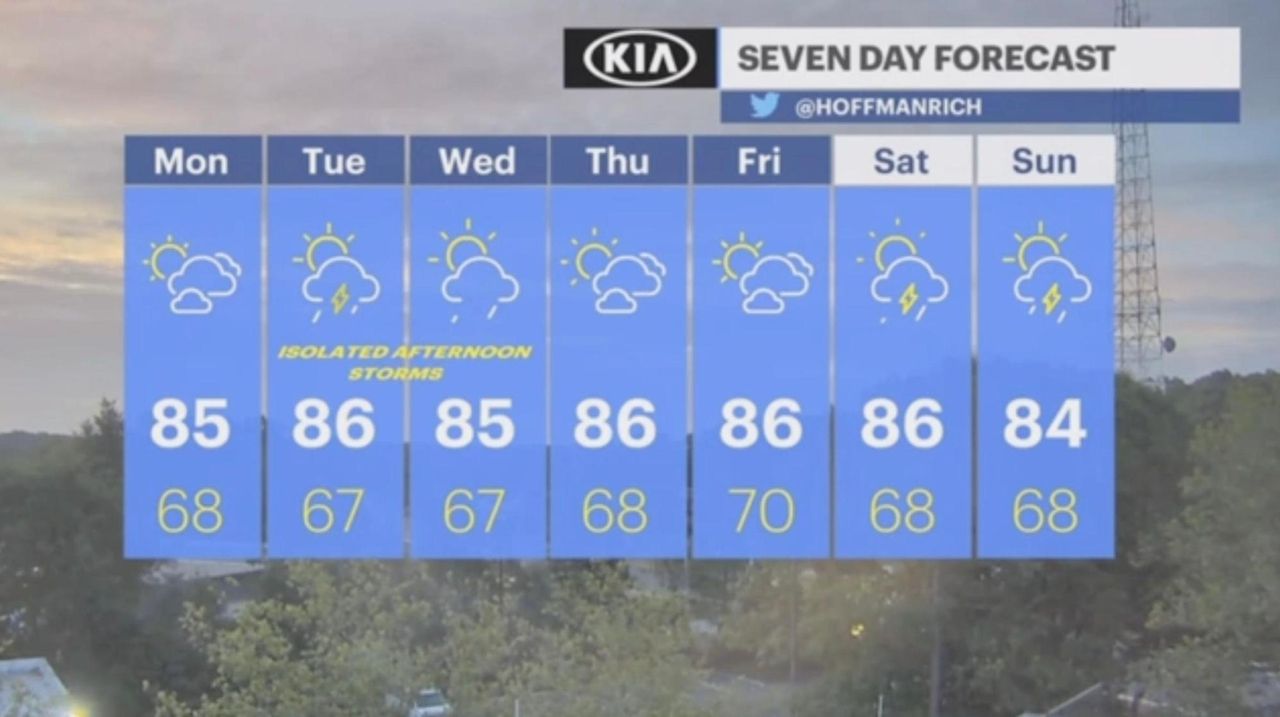 Hot, hazy and humid — with a chance of thunderstorms.

Welcome to the first Monday of Summer 2020.

The National Weather Service said though it’s barely 70 degrees at 5 a.m., we’re likely headed into the mid-80s by afternoon.

The humidity, however, is already at 81%.

There’s a 20% chance of thunderstorms. There’s a better chance of scattered showers and thunderstorms Tuesday and Wednesday, the weather service said. Temperatures are expected to reach the upper 80s the rest of the week, though overnight temperatures will dip into the 60s.

Though forecasters are calling for mostly sunny skies Thursday and sunny skies Friday and Saturday, there’s a good chance rain is back in the picture Saturday night into Sunday — with thunderstorms possible Sunday.

0:43
Ryder: Gunshot victim at crash site was targeted
Judge rules 10-year-old has to wear mask in school
Brookhaven white-collar workers' union to seek mediation for contract
Feds: LI therapists among 9 in $3.3M government scam
College enrollment down 6.6% over two years
All 18 seats in Suffolk Legislature up for election
Didn’t find what you were looking for?