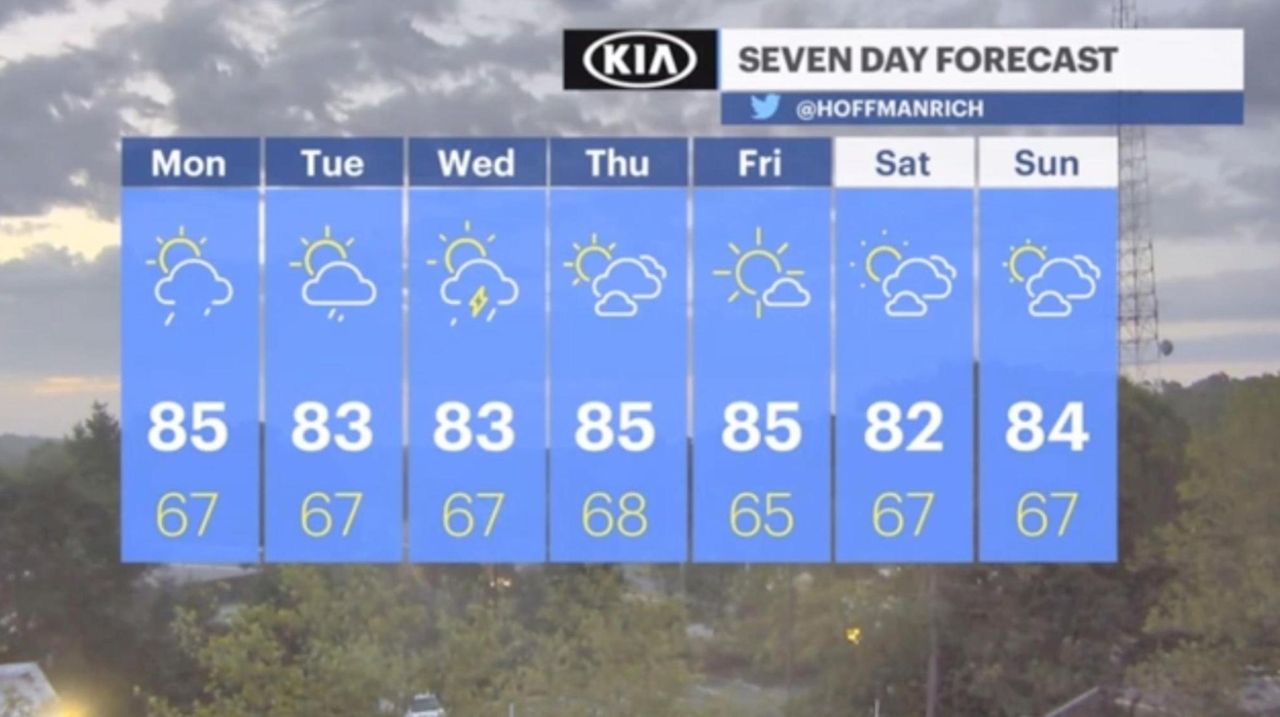 The workweek starts with patchy fog followed by a chance of thunderstorms after 2 p.m., with a high of 86 degrees, according to the National Weather Service. News 12 Long Island meteorologist Rich Hoffman has the forecast. Credit: News 12 Long Island

Long Islanders may have to wait until almost the weekend to catch a break from showers and thunderstorms.

The workweek starts with patchy fog followed by a chance of thunderstorms after 2 p.m. Monday, with a high of 86 degrees, according to the National Weather Service. Otherwise, the day will see mostly sunny skies. Northwest wind is 3 to 6 mph.

There is a 30% chance of showers, patchy fog and thunderstorms, mainly before 8 p.m., with a low of 67 degrees, Monday night.

Wednesday also will see a chance of showers, with thunderstorms also possible after noon. The day is expected to be partly sunny, with a high near 82. The chance of precipitation is 50%. On Wednesday night, there is a 30% chance of showers before midnight. The skies will be partly cloudy, with a low around 67.

Then comes the sun on Thursday, when mostly sunny skies are expected, with a high of 85 degrees.

Friday also is mostly sunny, with a high of 84 degrees.