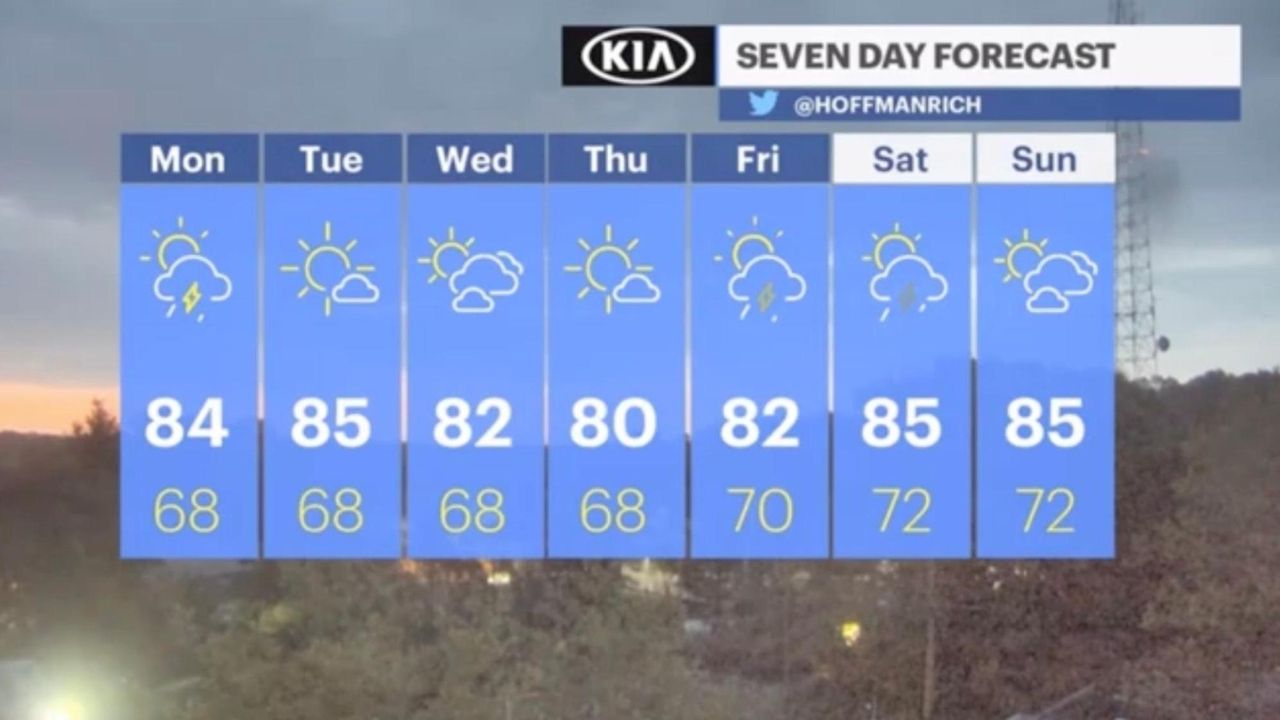 It's rainy and humid outside Monday and forecasters at the National Weather Service said a stationary weak front could lead to a day of showers and thunderstorms.

Not only will weather be unpleasant Monday but the weather service said there's a high risk of rip currents expected at Atlantic beaches in Nassau, Suffolk, Brooklyn and Queens and said surf heights of between 3-5 feet also are expected. A high risk means life-threatening currents "are likely for all people entering the surf zone" and that anyone visiting the shore beaches should "stay out of the surf."

A small craft advisory also is in effect Monday for Atlantic waters from Fire Island Inlet to Montauk Point and will remain in effect until 6 a.m. Tuesday, the weather service said.

Inexperienced mariners, especially those in smaller vessels, are advised to avoid being on the water.

Mostly sunny skies are expected Tuesday through Thursday though the weather service said there's a chance of thunderstorms Thursday night into Friday and there's also a chance of rain Saturday.