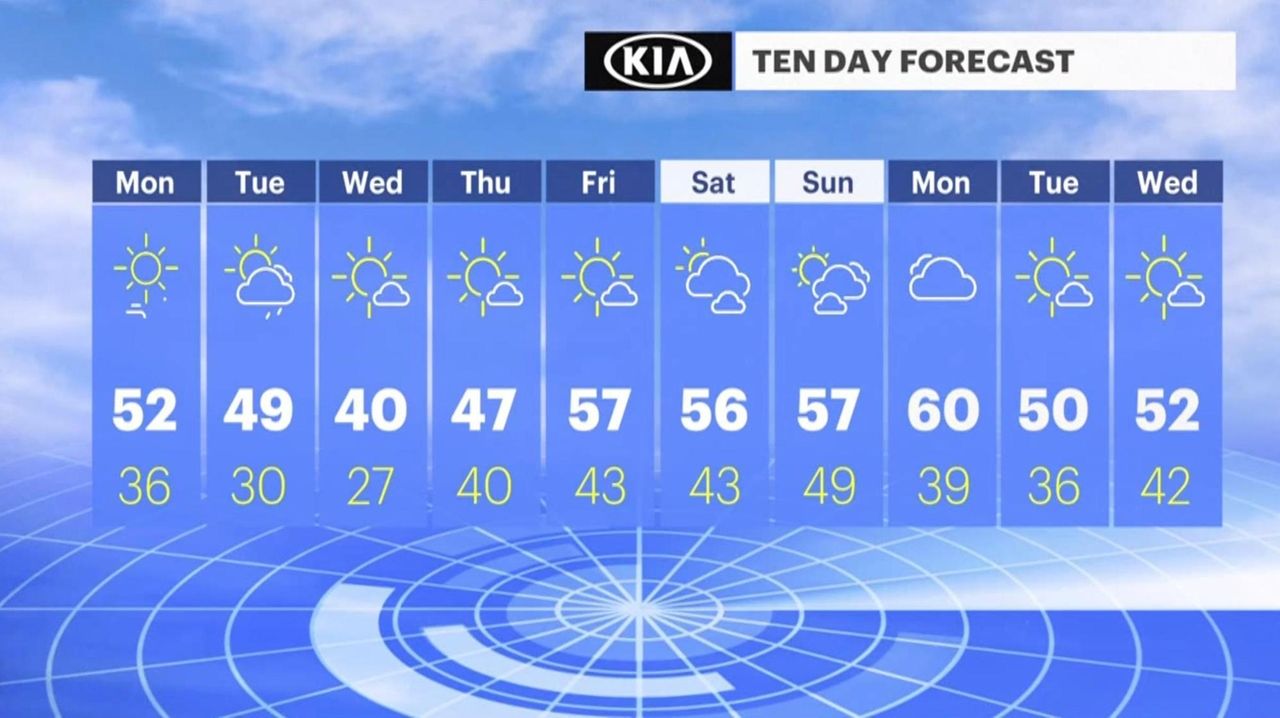 A breezy, cold Monday night was ahead for Long Island, a day after a storm that took out power to thousands and did damage throughout the tristate area, the National Weather Service said.

Wind gusts Sunday night were as high as 47 mph at Republic Airport in Farmingdale and 41 mph at Long Island MacArthur Airport in Ronkonkoma, the weather service said, at one point causing blackouts for some 11,000 customers of PSEG Long Island.

Those outages decreased to about 400 as of 3:30 p.m. and just light winds from 10 to 15 mph were expected Monday night along with lows in the mid-30s.

The strong winds Sunday led to a tornado warning in central Suffolk County due to winds that were rotating but that expired a short time later along with a severe thunderstorm warning and it was unclear whether an actual tornado touched down.

The weather service, in its storm reports, said the winds downed trees in New Hyde Park, Calverton, and East Patchogue and a tree came down on a house in Stony Brook. Other parts of the tristate experienced blown transformers and downed trees, the report said.

Temperatures will be mostly in the 40s Monday through Thursday, dipping into the 30s overnight, before slightly warmer weather moves into the area Thursday night bringing temperatures approaching 60 degrees on Friday. That warm weather should hold through the weekend, forecasters said, with mostly sunny skies, as well.

A gale warning is in effect Monday for all South Shore ocean waters, with mariners facing 7-9 foot seas, strong winds and conditions that the weather service warns "could capsize or damage" smaller vessels.

A small craft warning is in effect until 7 p.m. Monday for all inlets and bays, as well as the Long Island Sound.