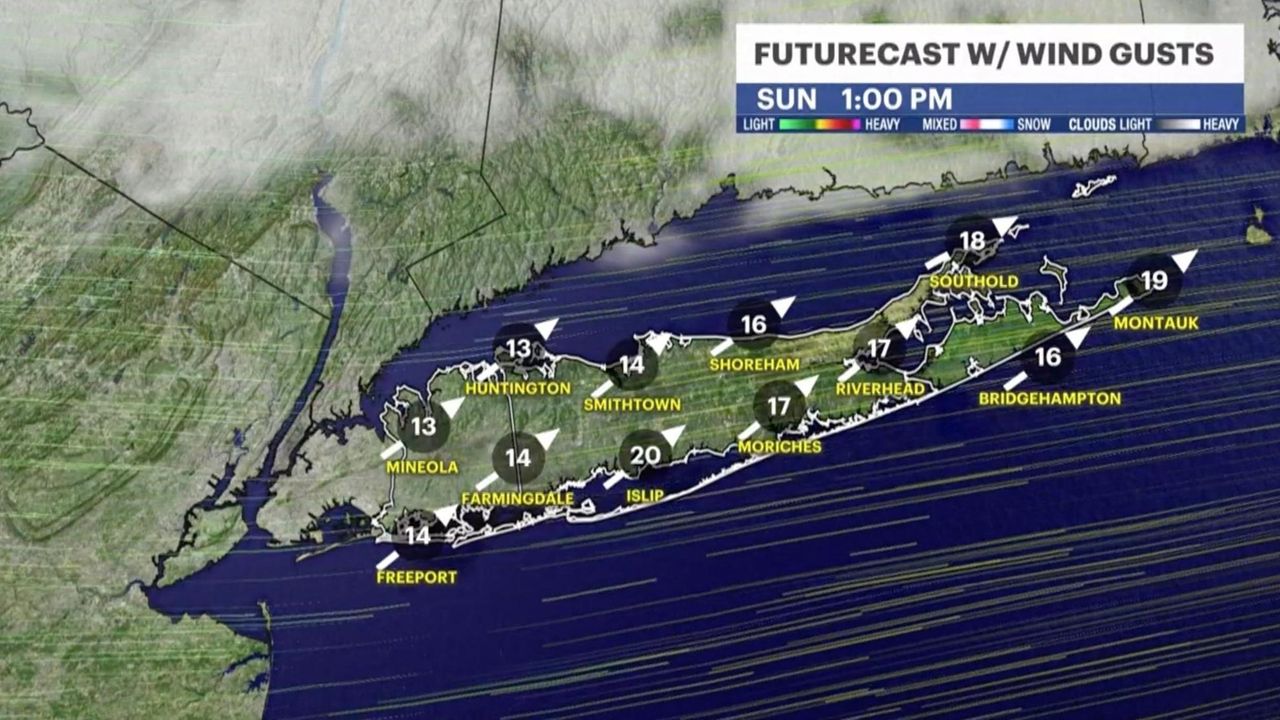 Sunday will be mostly sunny across Long Island with the potential for wind gusts of more than 30 mph and a high in the mid-40s, according to the National Weather Service. Credit: News 12 Long Island

Monday's forecast calls for partly sunny skies and a high in the mid-40s. The low Monday night will dip below freezing, with the wind chill making it feel more like 20 degrees.

Tuesday’s high will be about 40 with a nighttime low of 30. Wednesday's high should top out at 38 under mostly sunny skies with a low of 25 after dark, the weather service said.

Thursday will be cloudy and hit a high of just the upper 30s with low of 32. Mostly sunny skies return Friday and Saturday with temperatures in the lower 40s and upper 30s respectively.