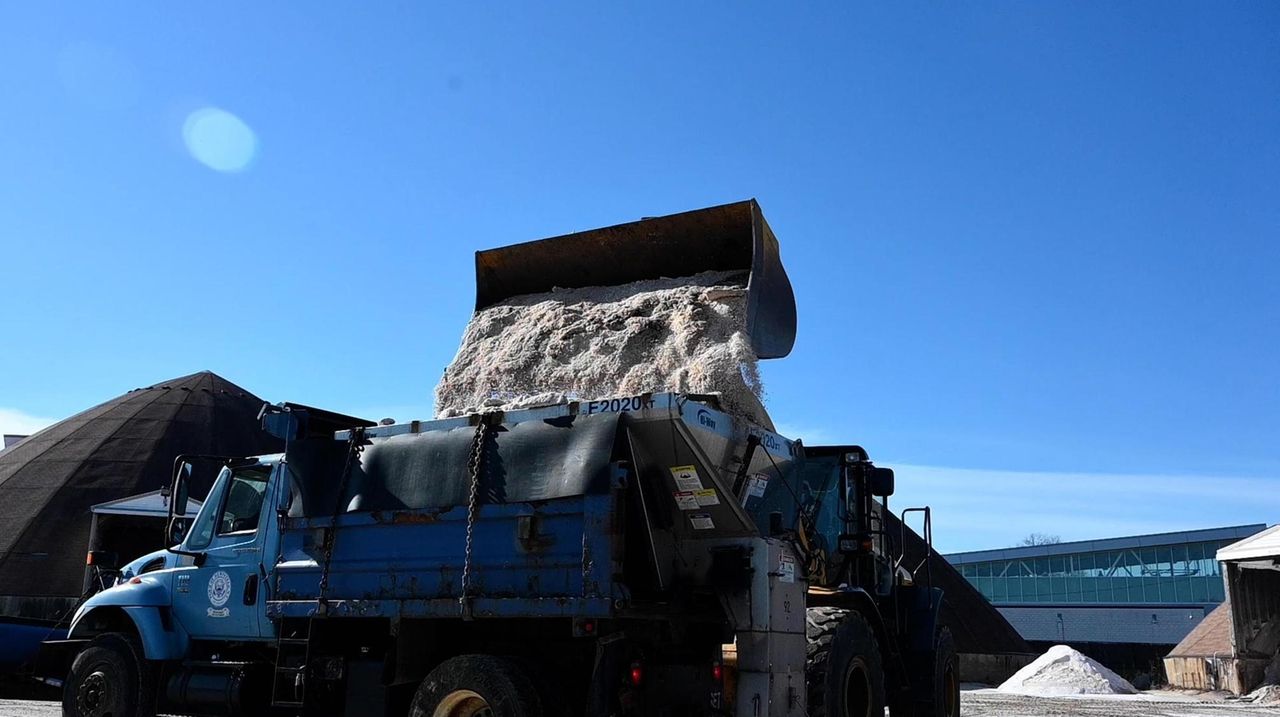 Long Islanders are in for a chilly week ahead with Tuesday and early Wednesday bringing a nasty combination of light snow, sleet and rain.

What remains of Sunday will be chilly and windy, with a predicted low about 21 degrees Sunday night.

While the workweek is forecast to start off mostly sunny with a high temperature of 37 degrees, the wind chill will range between 15 and 25 degrees, so bundle up.

Clouds increase through the day Monday in advance of the likely snow, rain and sleet triple play. 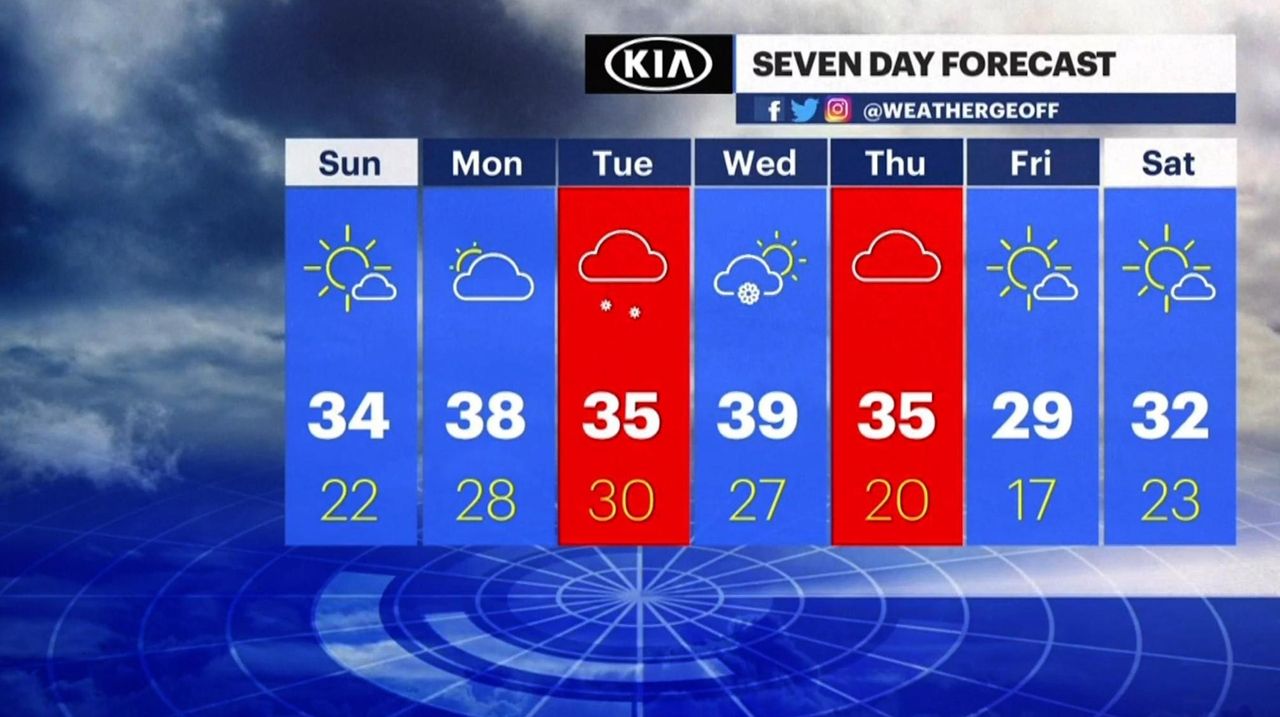 Forecast: Sunny, cold with snow likely by Tuesday According to the National Weather Service, plenty of sun is expected Sunday with frigid temperatures before clouds increase Monday and then a 60% chance snow into Wednesday. Credit: News 12 Long Island

Tuesday, there is a chance of snow before 4 p.m. But Tuesday night into Wednesday, the National Weather Service said there will be off and on snow mixed with rain, freezing and sleet.

Wednesday, the forecast calls for a chance of freezing rain before 7 a.m., then sun, with the high possibly inching up into the upper-30s.

But Thursday again brings a 30% chance of snow until 1 p.m. with a chance of rain or snow after that. Expect a high in the mid-30s, forecasters say.

Friday and Saturday both look sunny, with temperatures in the mid-30s.