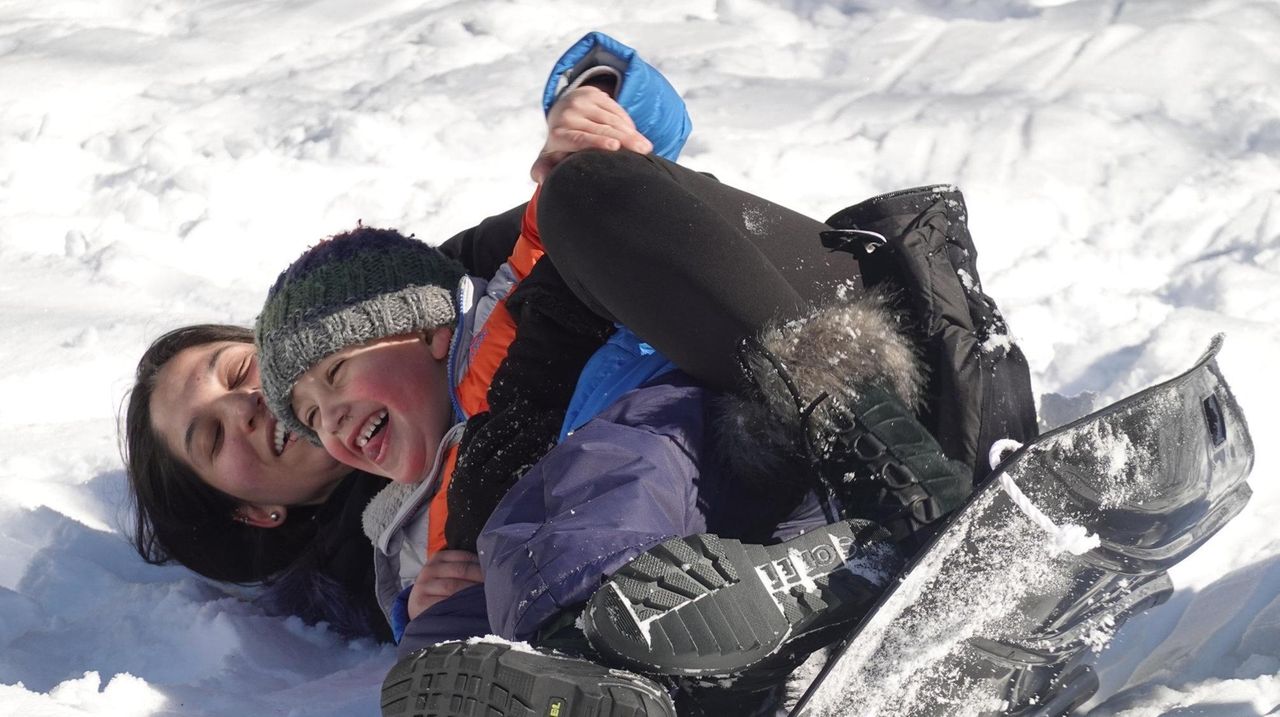 Today will be sunny with highs in the mid-30s. There is still the chance for patchy black ice on side roads and parking lots from yesterday's snow melt. Some more wet weather is coming tomorrow, News 12 meteorologists say.  Credit: News 12

After getting hit with more than 24 inches of snow this month, Long Islanders can expect the final week of February to be mostly sunny — after a rainy Monday, forecasters said.

"The rest of the week looks dry and sunny," Radell said. "That will feel pretty nice relative to what we’ve seen the last week or so."

The wet weather is expected to begin after 10 a.m. Monday and could extend into early evening before 8 p.m.

"There’s a chance that it could be mixed with snow but that will be very short-lived," weather service meteorologist John Cristantello said. "We are looking at a rain situation happening mostly during the afternoon and then maybe a lingering chance early on in the evening."

After five major winter storms, can Long Islanders expect the rest of the winter to be snow-free?

"You can’t rule anything out," Cristantello said Sunday. "To me, anything through early April is fair game. It might not be a lot of snow, but snow falls and has fallen here in early April."

The high temperature Monday is predicted to reach into the 40s, but the wind chill could make it feel 15 degrees colder. Then, clear skies and highs in the 40s are in the forecast for Tuesday, Wednesday and Thursday, Radell said.

There could be showers Tuesday afternoon, but the chance is low at 20%.

Friday and Saturday both look like mostly sunny days, but with slightly lower temperatures in the upper-30s.

The official start of spring is a month away on March 20.