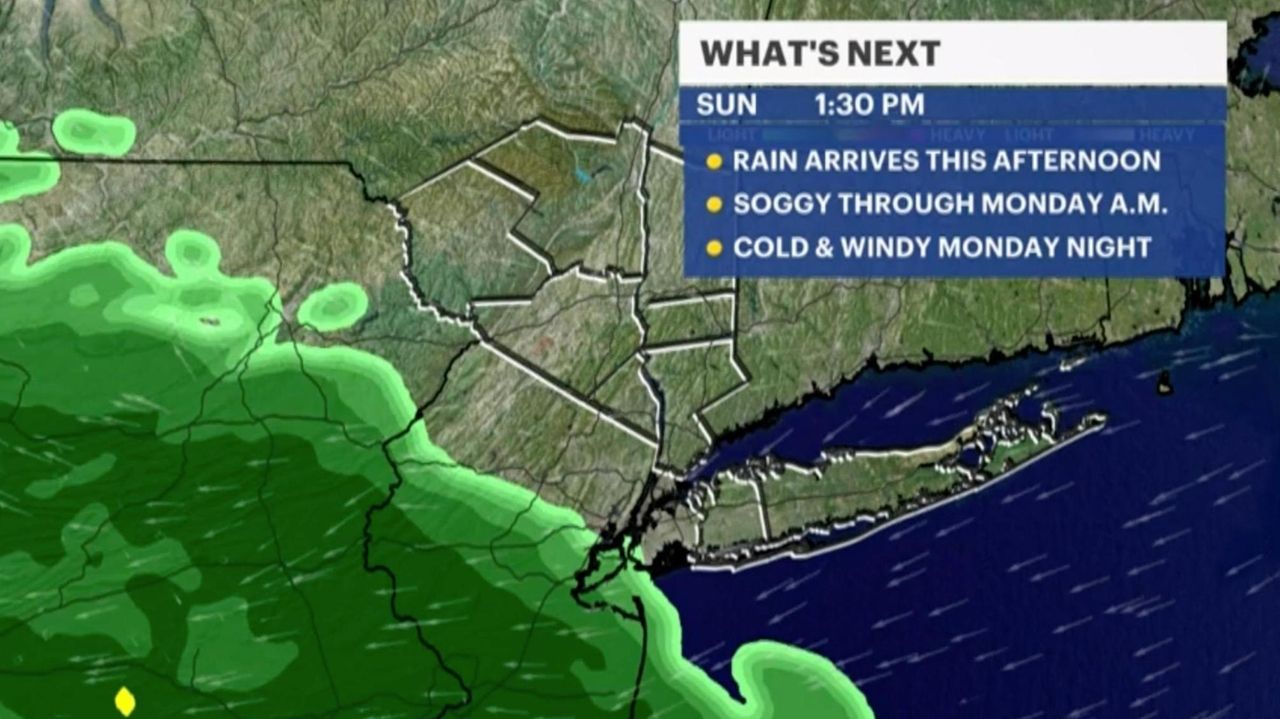 Long Island's wet, yet mild weekend continues today.Today will start mostly cloudy with rain developing around in the afternoon.Today's highs will also be in the upper-40s and lows around 39 degrees. Credit: News 12

Sunday night and Monday will usher in March on Long Island with a chilly rain, with drier and a bit warmer weather is predicted for later this week.

Sunday evening, the National Weather Service issued a wind advisory for Long Island from 4 p.m. Monday to 6 a.m. Tuesday with sustained northwest winds of 20 mph to 30 mph and gusts of up to 50 mph.

The advisory said gusty winds could "blow around unsecured objects" and tree limbs and cause power outages.

Temperatures will gradually rise overnight Sunday into Monday morning as the rain continues with possible total rainfall of between a half inch and three quarters of an inch.

Monday otherwise looks mostly cloudy with a high in the mid- to upper-40s, the weather service said.

Along with the gusty winds, Monday night will be cold with a chance of snow flurries or showers overnight and a low of 19 with wind chill values between 5 and 15 degrees.

The sun returns Tuesday and hangs around for the rest of the week.

Tuesday will be the coldest day of the week with a high about freezing, but then milder weather is forecast through Friday.