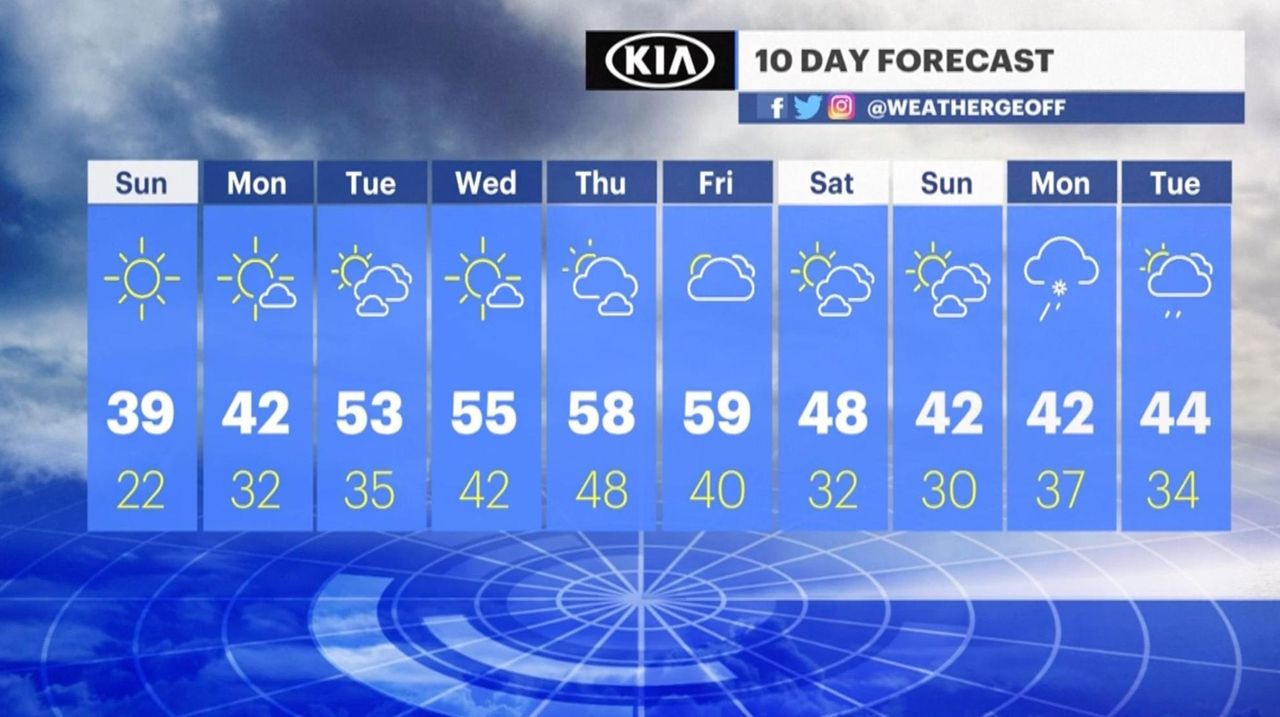 The windchill Sunday and Monday will be replaced Tuesday by warmer temperatures and highs in the 50s through at least Friday, the National Weather Service says. Credit: News 12

Expect another day of chilly weather on Long Island before a pleasant springlike preview arrives Tuesday with warmer temperatures persisting through the rest of the workweek.

After a sunny Sunday, in which the wind chill made it sometimes feel as cold as 20 degrees, the low was expected to dip into the low 20s or colder overnight.

Monday looks sunny but still chilly with a high around 40 and the wind chill making it feel much colder.

The warm-up begins Tuesday with springlike weather hanging around through Friday.

"For the most part it’s dry sunshine at least through Wednesday," said Faye Morrone, a meteorologist with the weather service.

Tuesday’s high will range from 50 out east to the mid-50s further west. By Wednesday the high across the Island will hit the mid-50s with similar temperatures Thursday, Morrone said.

That’s about 10 degrees higher than the normal for this week at Long Island MacArthur Airport in Islip.

Those highs could push into the 60s near New York City and other points further inland, according to the weather service.

Forecasters are watching a front expected to roll in late Thursday night but it is not yet clear how much rain it will bring, Morrone said.