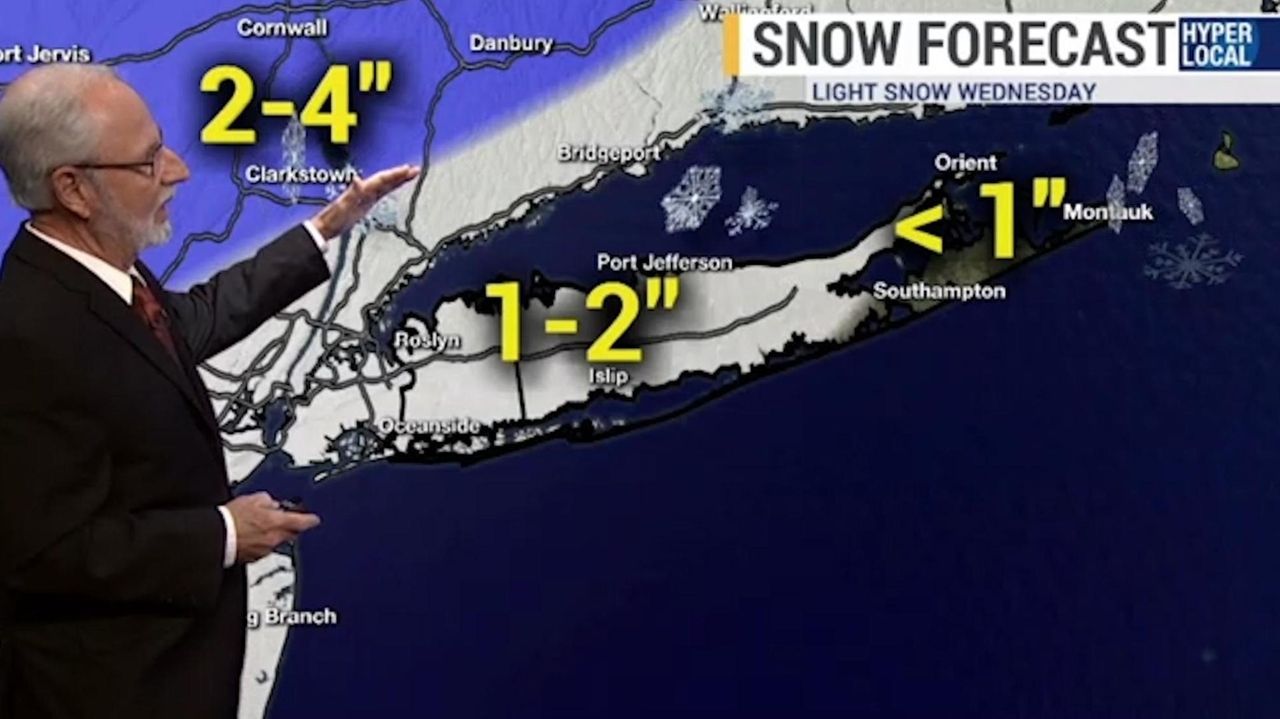 With a bit of snow and rain/snow mix in the picture, Long Islanders will want to keep an eye out for conditions for both the Tuesday evening and Wednesday morning commutes, forecasters say.

That’s as “a large upper atmospheric disturbance” will be combining Tuesday with “a developing low pressure area off the Mid-Atlantic coast,” the National Weather Service said, bringing precipitation to the region.

There was a chance for a rain/snow mix to start late Tuesday afternoon, with potential for some earlier light snow or flurries. Snow and a rain/snow mix were forecast for Tuesday evening overnight into Wednesday morning, the weather service said.

The expectation was for 2 to 3 inches of snow, as of the late afternoon Monday forecast. That’s as Tuesday was looking at high temperatures in the mid-30s, heading down to the low 30s overnight into Wednesday.

Still, the precipitation type remained uncertain, as computer models were at odds over the track of the low, said Tim Morrin, weather service meteorologist in Upton, late Monday afternoon.

Some scenarios brought the system close enough to the coast to allow warm air from the ocean to mix in, which could mean a quick change over to rain, he said. Others kept it further off shore, meaning mainly snow, though even then, significant amounts were not expected for Long Island.

Still, he said, both commutes could be impacted with wet, slick conditions.