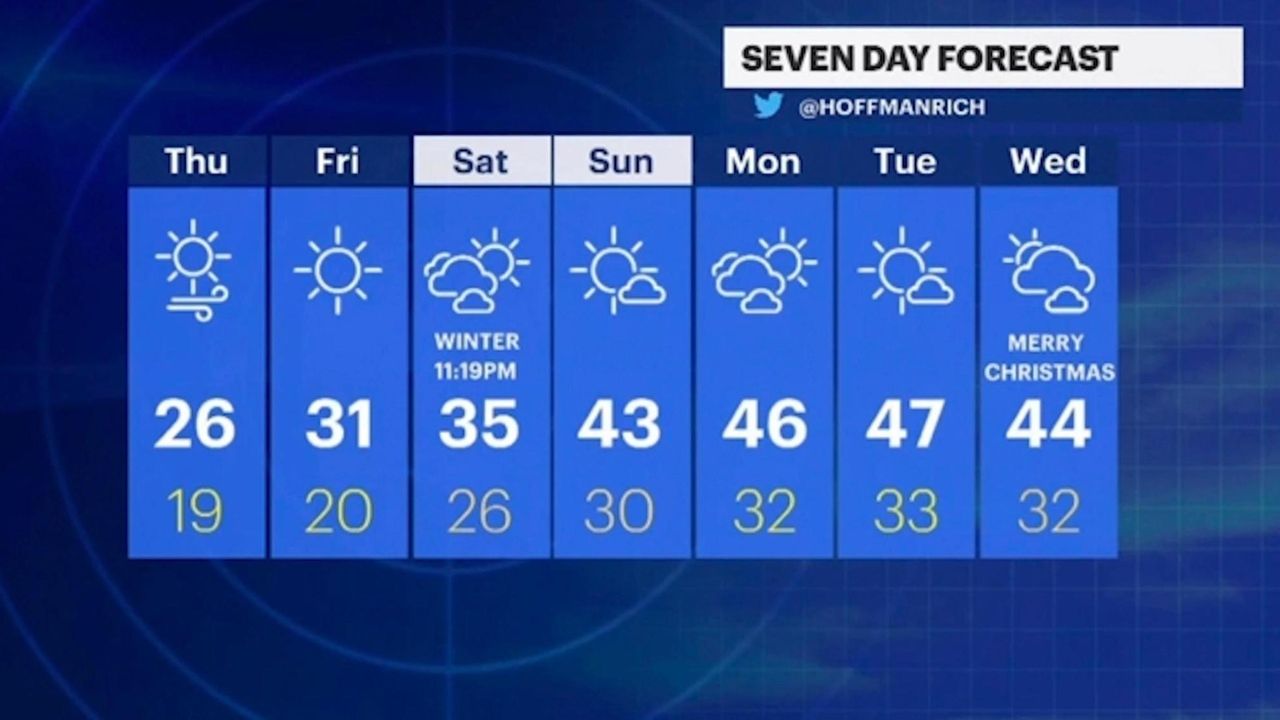 The National Weather Service said, on Thursday, it was barely 17 degrees outside in central Suffolk County at 5:30 a.m. and the wind chill is making it feel like minus-8. News 12 Long Island meteorologist Rich Hoffman has the forecast. Credit: News 12 Long Island

And, the National Weather Service and your own ears will tell you Thursday, the wind chill is making it feel even colder.

In fact, it was barely 17 degrees outside in central Suffolk County at 5:30 a.m. And the wind chill is making it feel like minus-8.

Don't expect things to get much warmer anytime soon, either. The weather service said the high for Thursday is expected to be just 26 degrees, though sunny skies are in the forecast for Long Island, so . . . hooray?

Okay, let's not get carried away.

"Temperatures will average well below normal for this time of the year today and into tonight," the weather service said in its morning weather statement Thursday, adding: "Highs today will not get out of the 20s region wide, and will fall into the lower teens well inland, to near 20 for the city and the immediate coast tonight."

Winds averaging 13-16 mph in Nassau, with wind gusts as high as 21 mph Thursday night, certainly won't help the situation, forecasters said. A wind advisory in effect for eastern Suffolk is expected to end at 6 a.m., though forecasters said northeast winds of 20-30 mph, with gusts reaching as high as 50 mph, are still expected.

The weather service is warning of the potential for downed tree limbs and possibly power lines and other windblown objects, so be aware.

A gale warning in effect for all Long Island waters is also expected to end at 6 a.m. However, mariners are still being advised to operate with caution.

News 12 Long Island meteorologist Rich Hoffman said wind chills figure to range from zero to 10 degrees during daylight hours. It figures to be a little warmer Friday, with temperatures returning to the 30s, and temperatures into the 40s on Saturday, forecasters said.