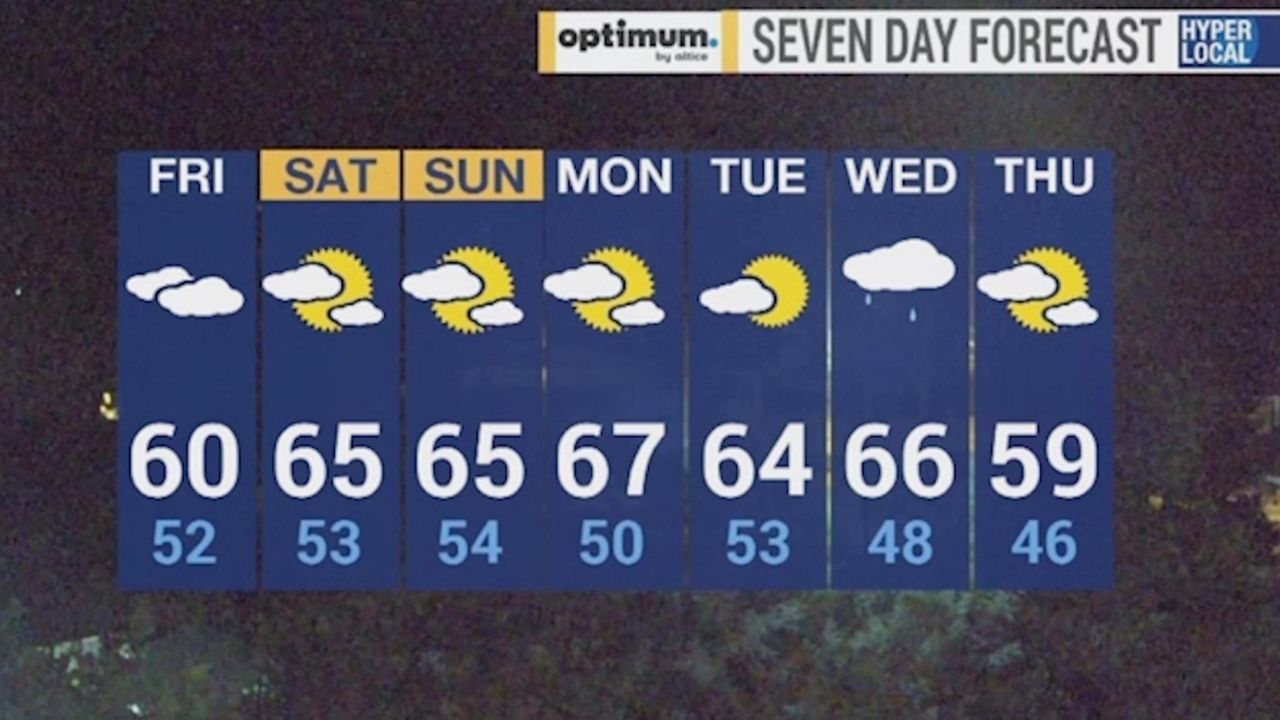 The weekend holds the promise of fairer weather, though the nor'easter that largely stayed offshore, contradicting forecasts for intense rain, still could imperil the coast with wind and floods.

National Weather Service meteorologist David Wally estimated Montauk Point only got about a quarter of an inch of rain Thursday. That was about an inch less than forecast.

But several Long Island communities nonetheless dealt with flooding, which could continue to be a problem through Friday's high tides. A coastal flood warning expires at midnight.

Nassau County's back bays and southwestern Suffolk County could see flooding as high as 3 feet. So could the North Fork, according to the weather service.

Waves in the Atlantic Ocean could rise as high as 16 feet. In the Long Island Sound, waves could be as high as 7 feet. Beach erosion and small overwashes all are possible, the weather service said.

"We are concerned about the next high tide cycle but right now erosion has been minimal," George Gorman, Long Island regional director for the state's Office of Parks, Recreation and Historic Preservation, said by email Friday.

While buildings and parking fields at state parks were not damaged, Gorman said, "We have seen flooding throughout the Long Island Atlantic Ocean state park beaches."

In Bay Shore, about 50 patrons and staffers were evacuated from a flooded restaurant, The LakeHouse, by the local fire department at about 9 p.m. Thursday, Suffolk police said. No injuries were reported.

In Southampton Town, Shinnecock Bay washed over a two-mile stretch of Dune Road, from the Quogue line to Shinnecock Inlet, during Thursday’s high tide at about 6 p.m., said Sgt. Michael Joyce. The existing berm is being reinforced, he added.

Saturday should be partly sunny, Sunday even brighter, the weather service said. Plan for temperatures in the mid-60s on both days, with nighttime lows in the mid-50s.

Though there is a 40% chance of showers after midnight Sunday night, Columbus Day on Monday should be warm and clear, with a high of 72 degrees.

Tuesday should be much the same, though a touch cooler.

Rain could return Wednesday, however, when the odds are assessed at 40%, but clear out in time for a mostly sunny Thursday, the weather service said.