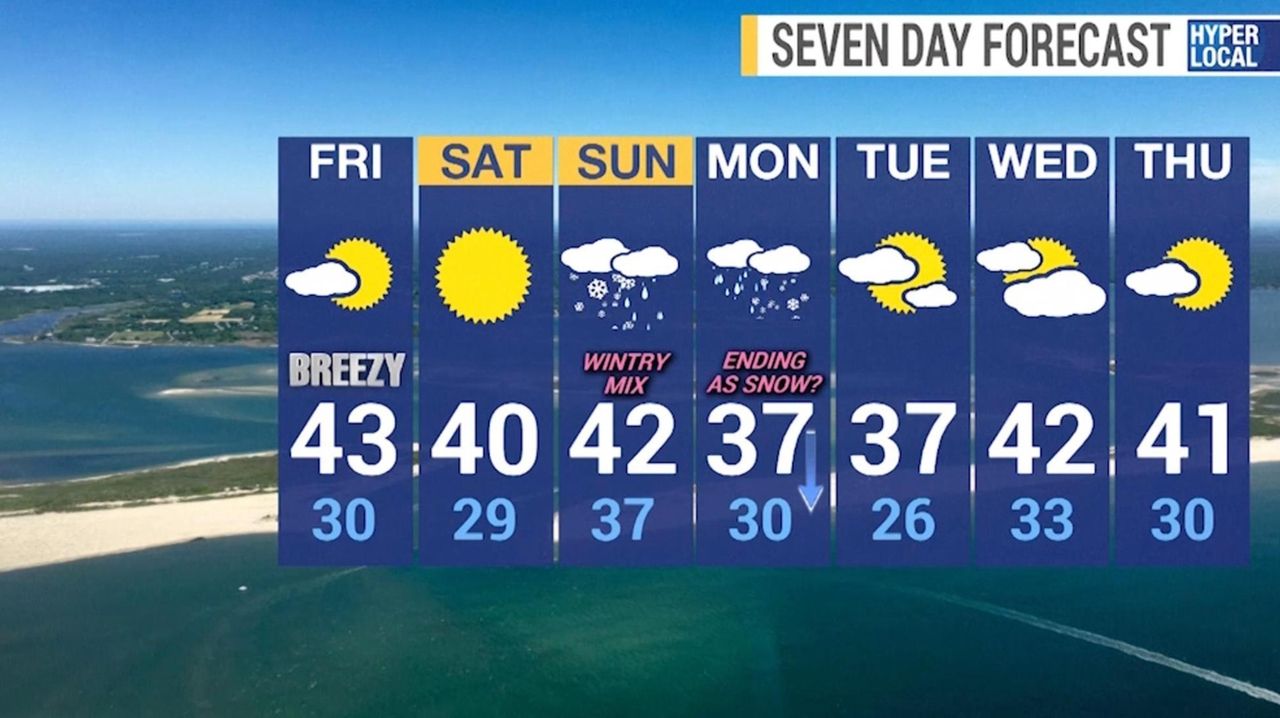 Long Islanders can expect a chilly, yet sunny Saturday before things get messy — and wet — Sunday and Monday, when the weather will alternate between rain, sleet and snow, the National Weather Service in Islip said.

The high Saturday is expected to reach 41 degrees, about seven degrees cooler than an average high for Nov. 30 in Islip, weather officials said.

And then some of the delights of winter arrive: "A brief period of snow or wintry mix Sunday morning will likely change over to rain along the coast, with a wintry mix expected to linger across the interior late Sunday and Sunday night," the weather service said.

"Travelers will need to be prepared for hazardous conditions Sunday into Monday," the forecasters warned.

Gusty winds are predicted for both Sunday and Monday, they said, adding the start of the workweek could see floods in low-lying areas.

Temperatures are expected to reach 42 degrees Sunday, and more than an inch of liquid is predicted from a combination of snow and rain, officials said.

"On Monday, a lingering wintry mix may change back over to snow before winding down Monday night," the weather service said.

Temperatures Monday are expected to dip, as chilly air moves in and a high of only 35 is expected, forecasters said.

It should be cloudy Tuesday, with a high of about 40 degrees. The forecast calls for a touch of warmth and sun Wednesday and Thursday.