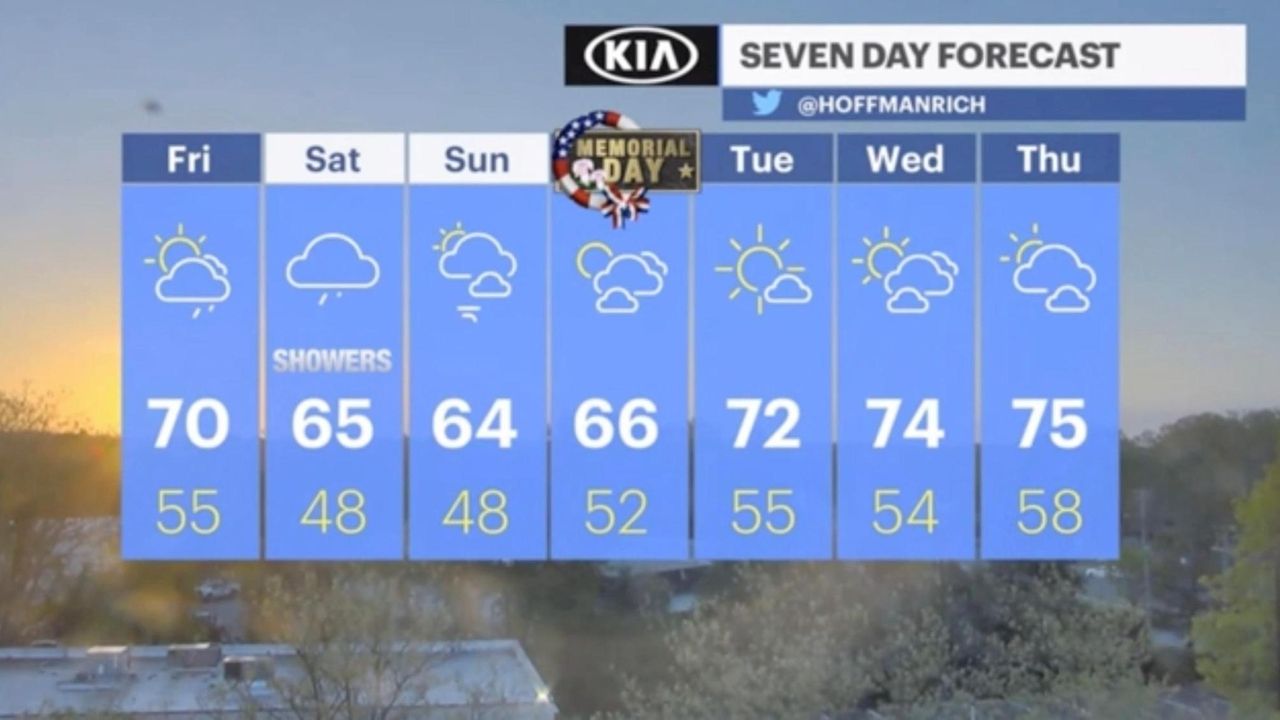 The National Weather Service said Friday should be at least partly sunny until about 3 p.m., when there is a slim chance of rain, with temperatures in the 60s, and the Memorial Day weekend will start with a soggy Saturday. News 12 Long Island meteorologist Rich Hoffman has the forecast. Credit: News 12 Long Island

Friday should be at least partly sunny until about 3 p.m., when there is a slim chance of rain, and the Memorial Day weekend will start with a soggy Saturday, the National Weather Service said.

Sunday, though dry, will be cloudy but the skies should gradually clear. Monday should reward celebrants with sunshine and mild temperatures in the mid-60s.

Anyone near the ocean coastline should beware: the weather service said there is a high risk of rip currents Friday.

A high near 68 degrees is expected Friday. The odds of downpours beginning midafternoon Friday are just 20%, but become likely after midnight, the weather service said.

On Saturday, those downpour odds rise to 70% but diminish to around 30% after midnight. Highs in the mid-60s are predicted, the weather service said.

Sunday's high is expected to be near 63 degrees.

Memorial Day on Monday should be a standout late spring day with lots of sunshine.

The rest of the week may resemble the sort of weather more commonly found in Britain.

The weather service predicts Tuesday morning’s patchy fog will clear by 9 a.m. and then sunny skies will help raise thermometers to 72 degrees.

However, that same patchy fog returns Tuesday night. It could at times block the daytime sunshine on both Wednesday and Thursday, according to the weather service, though the temperatures should again reach the low- to mid-70s.