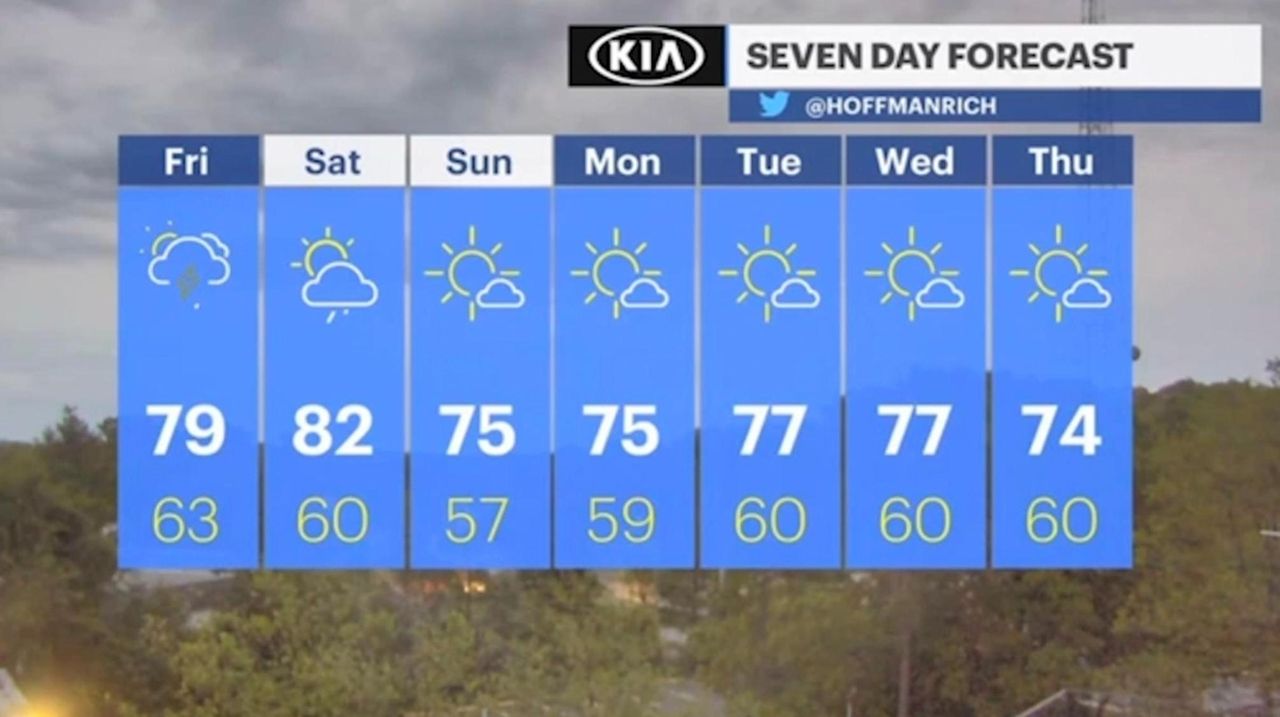 Anyone outside Friday risks scattered showers and perhaps thunderstorms but the storms should clear Long Island by Saturday afternoon, and then fair weather should rule through Wednesday, forecasters said.

Swimmers and surfers on Friday also should beware, as there is a high risk of rip currents through the evening, the National Weather Service in Islip said.

"Humid conditions prevail, with high temperatures above normal in spite of the cloud cover," the weather service, which forecast a daytime high of 77 degrees, said. "Chances of showers and thunderstorms then diminish through the night, but muggy conditions will remain."

Saturday morning could begin with patchy fog that is expected to lift by about 10 a.m.

"There will be a chance of a shower or thunderstorm until around early to midafternoon, otherwise clearing conditions with high temperatures above normal" are expected, the weather service said. A high near 84 degrees is predicted.

Anyone who likes Sunday’s weather — predicted to be sunny with a daytime high in the mid-70s — will be pleased to know the exact same conditions are forecast until Wednesday night, when there is a 30% chance of rain.

There are the same odds of rain on Thursday, the weather service said, though the sun also could put in an appearance. A high near 72 degrees is predicted.