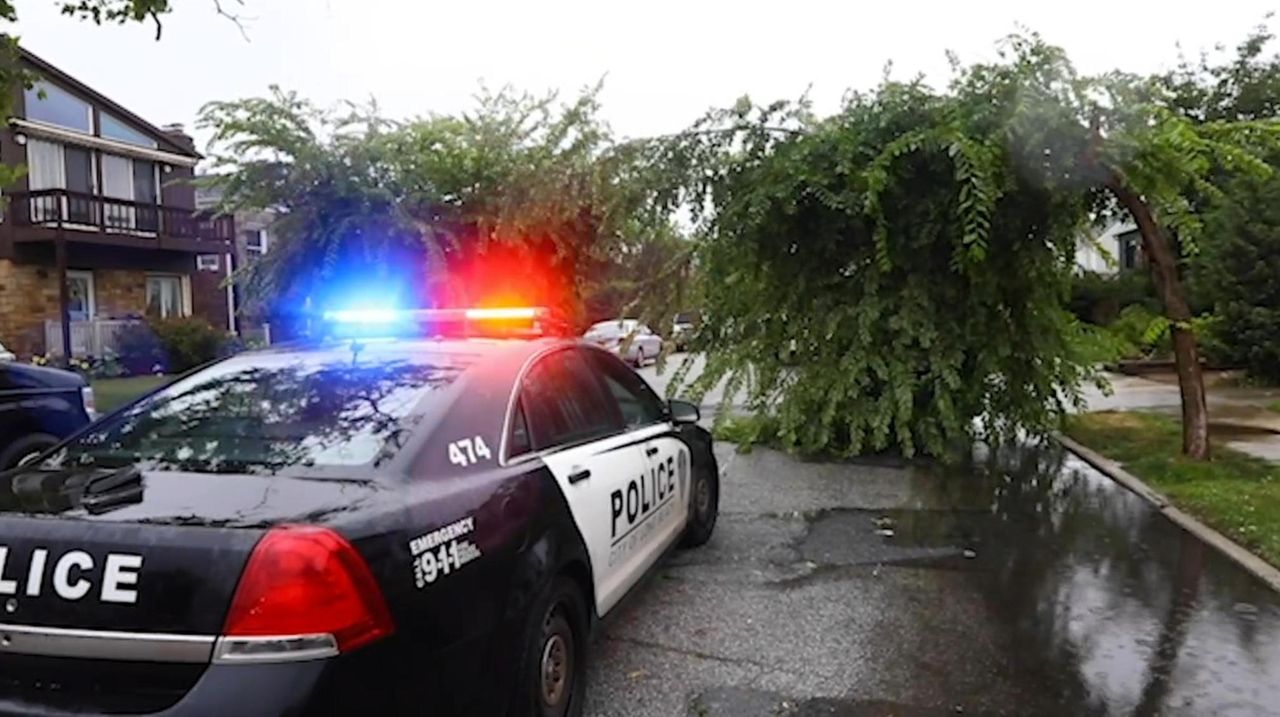 Wind gusts and rain from Tropical Storm Fay lashed Long Island into Friday night, but the storm may not cause the deluge first predicted, said forecasters, who expect up to 2 inches of rain to drop on the region by the time it stops early Saturday.

The heart of the storm, which made landfall in Atlantic City at about 5 p.m, slowly made its way north and, while weaker, was still packing pummeling winds and causing intermittent showers in Nassau and Suffolk.

PSEG Long Island said it was "closely monitoring" the storm, which could cause tree limbs to break and pull down wires, causing power outages.

At 11 p.m. Friday, there were 269 active outages scattered across PSEG Long Island's outage map. A total of 3,090 customers were affected.

The combination of wind and water threatens the surf and could still spark flash floods, so forecasters kept a flash flood warning in place until at least midnight Friday despite the lessening intensity of the system.

The weather service issued a tropical storm warning for the Island until early Saturday.

"There's this band of light to moderate rain continuing to fall over LI throughout the rest of the evening," said DaVel Johnson, a meteorologist at the National Weather Service in Upton. "Once that lifts, that’s a good sign the rainfall will come to an end. By 2 a.m. it should all be done."

Fay is the first named tropical storm of the season. Before it made landfall, downpours and thunderstorms were frequent but nowhere near hurricane force.

"When a storm gets named, there's a lot of hype behind it and people freak out,"  said Matthew Wunsch of the NWS. "This is a middle-grade tropical storm."

Still, the storm’s winds hit 35 to 45 mph, with gusts potentially getting up to 55 mph from early Friday afternoon to Saturday morning, the weather service said.

Tropical-storm-force winds — defined as 39 mph or higher — whipped Long Island during the afternoon and early evening, the weather service said.

Suffolk County Executive Steve Bellone and New York City Mayor Bill de Blasio both advised residents to tie down objects outside around the home to prevent them from becoming projectiles.

Nassau and Suffolk county officials issued advisories against bathing at dozens of beaches. The advisories are precautionary measures for beaches known to be affected by stormwater runoff caused by heavy rainfall. The runoff can impact bathing water quality by elevating bacteria levels beyond the state standard.

In Nassau County, the department of health issued an advisory for 18 beaches. That advisory will be lifted at 7 a.m. Sunday, unless there is additional heavy rainfall or water samples reveal elevated bacterial levels.

The Suffolk County Department of Health Services issued an advisory for 64 beaches. The advisory will be lifted Sunday at 9 a.m., unless sampling conducted by the department reveals elevated levels of bacteria persisting beyond the 24-hour period.

A high surf advisory runs until 9 p.m. Saturday, and a high-rip-current warning runs until Saturday evening.

Thanks to Fay, the daytime high for Friday was just 78 degrees.

New York City was spared the worst of the storm but still endured winds and heavy rain Friday and was forecast to continue experiencing the same through early Saturday, de Blasio said.

He urged special precautions for restaurants and other venues that have set up outdoor arrangements on sidewalks and parking spots under a city effort to bolster the industry while indoor service is banned due to the coronavirus pandemic.

“Thanks to the tropical storm, I’ve been outside on the patio where we have our tables set up for outside dining, working to make sure things don’t get knocked over or fly away,” he said. “The inside of the restaurant has been pretty much dead too, but we’re noticing that it’s now picking up for takeout, which is great.”

On Saturday, showers become increasingly likely after 10 a.m., though the day's temperatures will be hot and humid in the mid-80s. The daytime high of 86 degrees will be topped by the heat index of 96, according to the weather service.

More storms and thunderstorms are possible Saturday night, and they could last into Sunday morning.