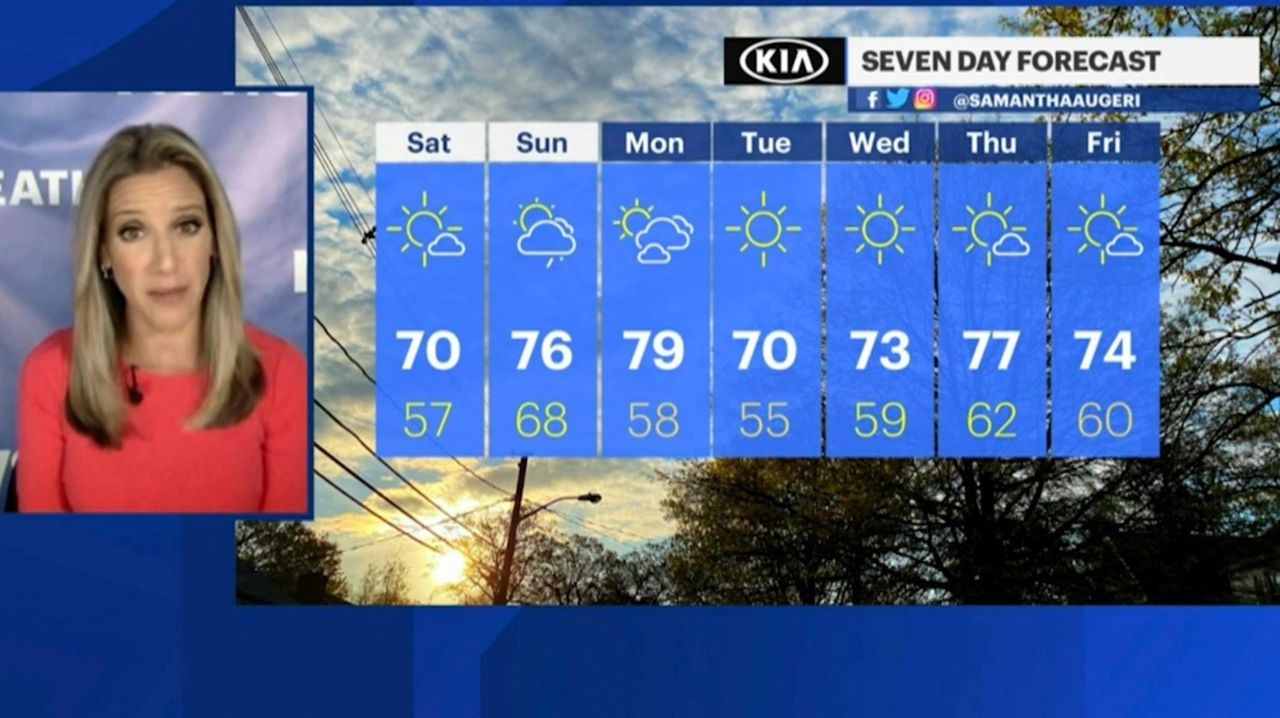 Long Islanders can expect a mostly sunny and temperate weekend, with daytime temperatures topping out at 70 degrees Saturday and 76 Sunday, but forecasters warned of potentially life-threatening rip currents on Saturday.

Anyone visiting ocean beaches should stay out of the surf Saturday morning through Saturday evening, the National Weather Service said in its forecast. Forecasters also expect waves up to five feet. "There are currently storms off the mid-Atlantic, and that's probably what's kicking up the surf for us," along with possible strong persistent winds, said Da'Vel Johnson, a weather service meteorologist at Upton.

"This surf is dangerous for all levels of swimmers," he said. "You definitely want to make sure you're heeding the warnings of lifeguards and following the flag system" lifeguards use to signal danger levels to beachgoers.

Late Sunday night and early Monday could bring rain, though nowhere near as heavy as Thursday's unusually intense downpours.

Some evening temperatures over the weekend and early next week could dip into the 50s. Days next week are expected to be sunny with highs in the 70s.

More rip currents and beach erosion could be on the way though. Tropical Storm Paulette, now in the south Atlantic and expected to become a hurricane when it hits Bermuda this weekend, could have indirect impacts on local surf conditions next week, according to the weather service.

"Main indirect impacts at this time appear to be from long period southwest swells, with potential for a high rip current risk continuing through much of next week, and potentially high surf and beach erosion concerns for early to mid next week," the weather service said.