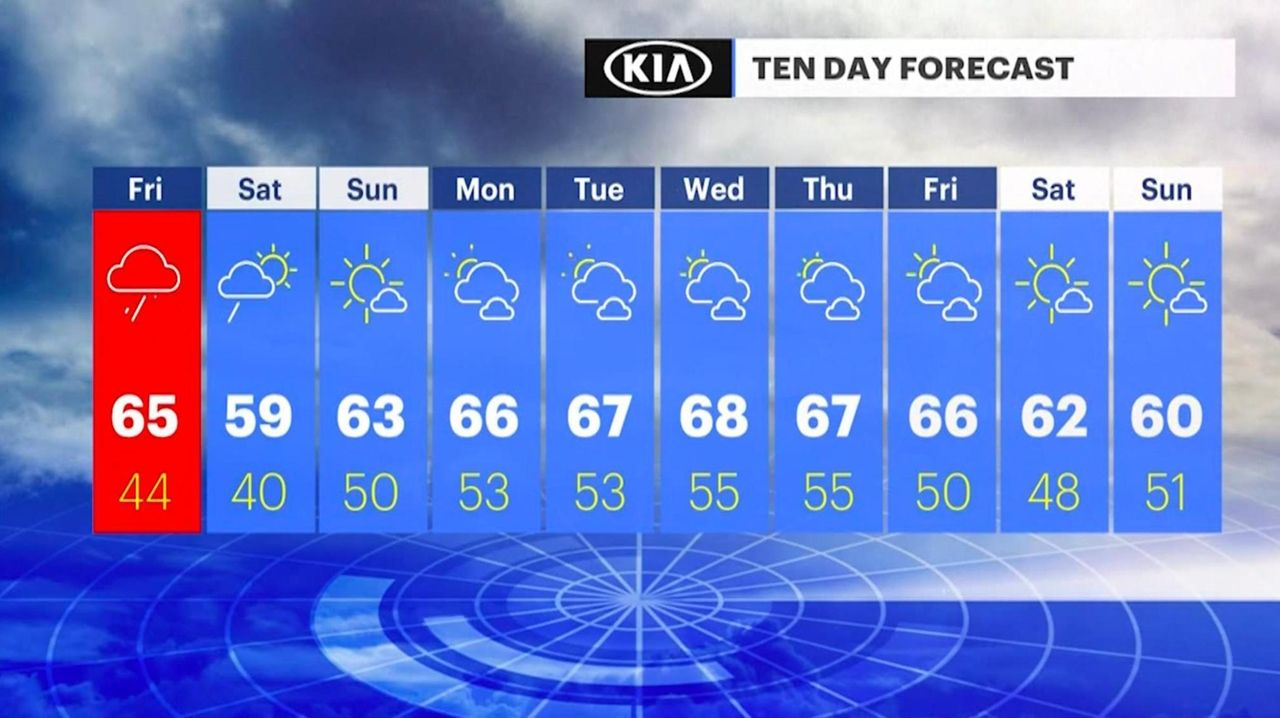 Anyone longing for cooler, more normal autumn weather will not have to wait long.

Friday’s downpours, likely to arrive after 9 a.m., will be delivered by a slowly-arriving front with waves of low pressure. Temperatures Friday morning will peak at about 64 degrees before descending during the day, possibly into the 40s during the night, the National Weather Service’s Islip office said.

The rain should clear out by 9 a.m. on Saturday, and the sun should arrive, raising thermometers to 59 degrees, the weather service said in a statement.

The Sunday to Thursday period should offer at least partly sunny skies, ending the cool streak with temperatures in the 60s during the day.

And the nights may be cloudy, holding in the day’s warmth, much like a blanket.

As much as 1 to 1½ inches of rain may fall by Saturday morning.

"After a breezy start to the day with clearing taking place from west to east during the morning hours and any showers ending early, the winds will begin to diminish quickly into the late afternoon and early evening hours," forecasters said of Saturday.

And unlike later in the week, Saturday's clear nighttime sky will result in a surprisingly chilly night.

"Thus agricultural interests should note that areas of frost are likely based on current projections of sky, wind, and temperatures for most outlying areas," the weather service said. "The more sheltered interior sections are expected to get to, or near freezing for early Sunday morning."

Sunday’s high for the day should be 62 degrees — the lowest temperature by several degrees until at least Thursday — and the night should be milder, with temperatures clinging to the mid-50s.