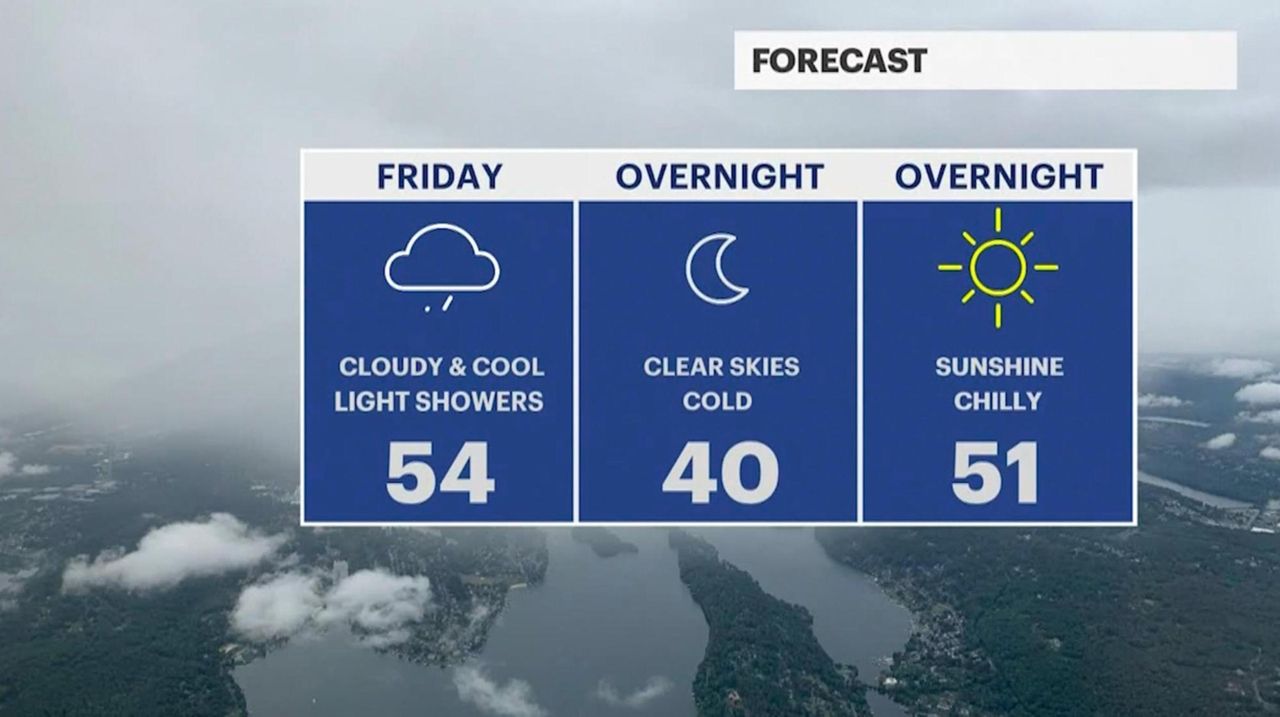 Friday begins with fog and light rain — the odds of showers are 60% but less than a tenth of an inch is forecast — and though the clouds may linger, it should dry out by midafternoon, with thermometers hitting 54 degrees, the National Weather Service’s Islip office said.

The night will be clear and a cool 40 degrees.

Saturday should be sunny with a high near 51 degrees. However, Sunday’s forecast now looks for rain after noon. Once again the odds are 60% and the rain should be light, as a quarter of an inch at most is expected.

After that, Long Islanders are in for a sunny stretch from Monday to Thursday, with temperatures hovering around 50 degrees, the weather service said.

Windy and warm Sunday ahead

Before that, Friday’s drizzle results from a wave of low pressure that will be replaced by high pressure on Saturday, which will dry the air out before a cold front arrives Sunday, the weather service said.

And then hang onto your hat.

"A gusty south wind ahead of the front, due to the gradient between the departing high and front, could gust from 25 to 35 mph Sunday afternoon," the weather service said.

There is also potential for gusts of up to 50 mph due to what the weather service calls a passing upper jet.

The coast, as usual, can anticipate the strongest gusts of wind.

In the tristate metropolitan area, the meteorologists said, "This also looks to be the warmest day of the period as temperatures rise well into the 50s to around 60."

The workweek is expected to begin on a cooler note though it may prove temporary.

"At this time, it does not look like this pattern of below normal temperatures will hold on beyond this period," the weather service said.